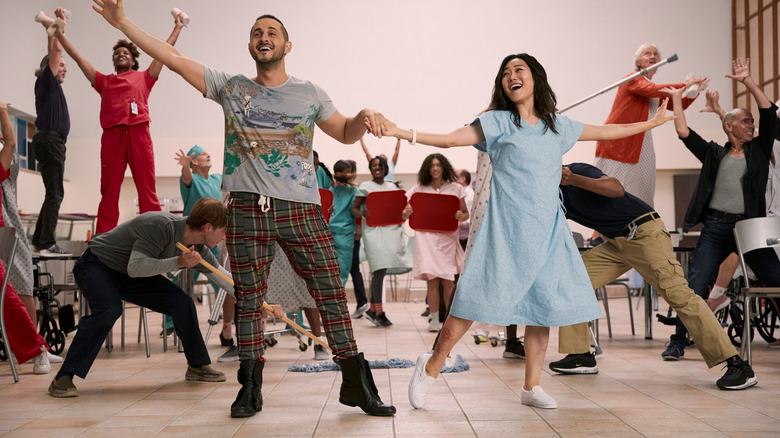 “The Boys” is a big show. It has a big story with even bigger visuals, big things to say about pop culture, social and racial tension, the rise of fascism and mega corporations, and also big, gross action. But at its heart, it is a story of a group of people doing whatever it takes to bring down those who do horrible things while thinking they are above the law (and getting horribly beat up along the way).

While the focus tends to be on Butcher being a total piece of work with no morals, or Hughie being scared and slowly losing his mind and seeing his reality come apart, arguably the best character in the boys team is Karen Fukuhara’s Kimiko Miyashiro, aka The Female.

Kimiko started out as a silent, powerful killer with a heart of gold, but as we learn more about her backstory, the show also explores human trafficking, children being forced into becoming soldiers, trauma, abuse, and lots and lots of superpowered violence. But this season gives Kimiko something new as well: A spectacular dance scene that’s as graceful as the penis scene from episode 1 is hilariously grotesque. 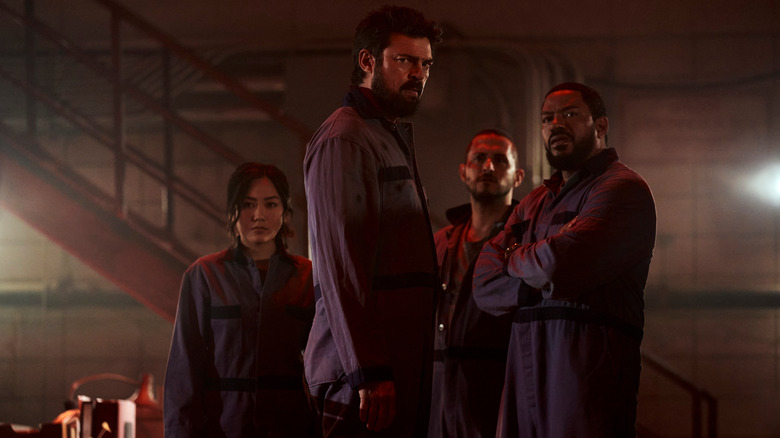 In episode 4, the Boys went toe to toe with a very much alive and still young-looking Soldier Boy, who effortlessly kicked all their asses, including Kimiko. In a split-second, Soldier Boy managed to nearly kill her, and also take away her powers. Not even a newly superpowered Hughie could help the situation.

So when Kimiko wakes up in the hospital in episode 5 and realizes her powers are gone, she is beside herself with happiness. In the previous episode, she bonded with Ryan, the son of Becca and Homelander, over their superpowered curse, so it makes sense that she’d be happy to get rid of them once and for all.

But that’s not all, as she then decides to break into song and dance, taking inspiration from Judy Garland singing “I Got Rhythm.”

“We had a lot of fun this season,” Karen Fukuhara told /Film during a press event shortly before the premiere of this season of the show.

“Frenchie, played by Tomer [Capone], and I had so much fun. It was kind of like summer camp, going to all the dance practices. I felt so bad: He had a lift in there. [laughs] Especially during the beginning stages, he was such a gentleman and was like, ‘No, it’s fine, I can do it!’ I’m like, ‘I don’t know, I’ve been eating a lot, sorry.’ [laughs] But yeah, I would like to say that it was a very good bonding experience for both of us.”

The sequence is a technicolor dream, entirely set in a hospital ward, with the nurses and patients following the choreography using everything from X-ray photos and crutches to a defibrillator as props. It’s a rare moment of joy in a show as dark and brutal as this one. Sadly, just like the excellent karaoke sequence in “Doom Patrol,” this dance number was just a dream. Still, free of powers and the pain they cause, maybe Kimiko will finally find some kind of happiness. Then again, this is “The Boys.”

The first five episodes of “The Boys” season 3 are streaming on Prime Video, with new episodes coming every Friday.

Read this next: The 11 Coolest Easter Eggs In The Batman

The post The Boys Star Karen Fukuhara On That Musical Scene in Episode 5 [Interview] appeared first on /Film.

Finding an Underrated Performance in ‘Hannibal Rising’ [The Silver Lining]