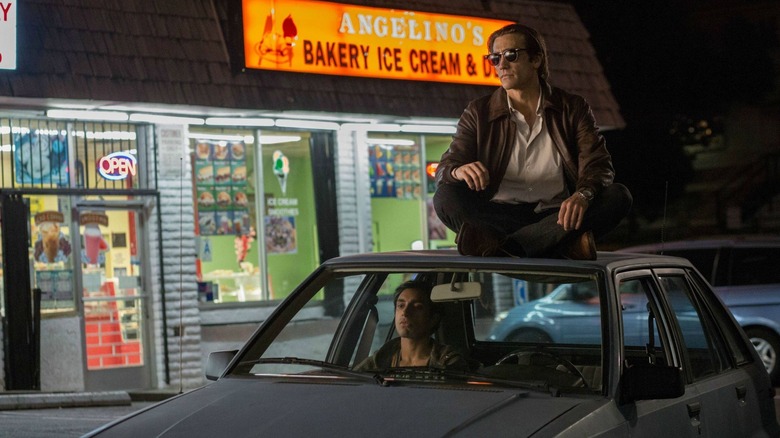 Where You Can Stream It: Amazon Prime

The Pitch: Jake Gyllenhaal stars as Louis “Lou” Bloom, an anti-social yet driven individual who forges a new career path for himself as a stringer by recording graphic crime scenes. Used to stealing and conning for cash, Lou quickly learns the trick of the trade and begins selling his amateur footage to local tv stations. He meets morning news director Nina (Rene Russo) who serves as somewhat of a mentor for Lou, emphasizing “if it bleeds, it leads.” As Lou’s business begins to grow, so does his desire to get the most gruesome and violent footage possible, no matter who or what stands in his way. 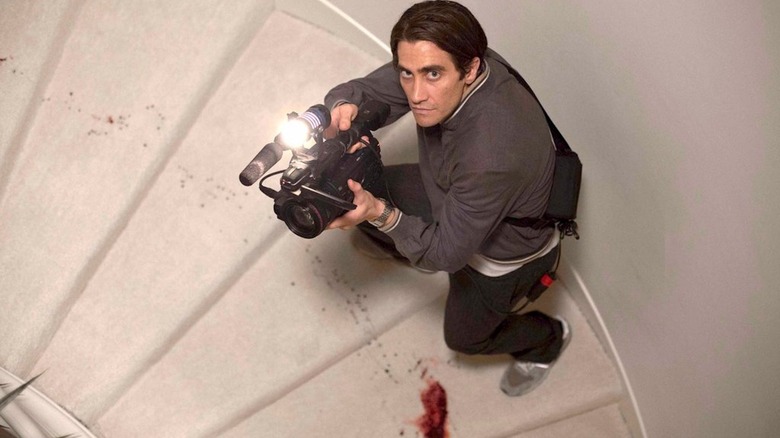 Writer/director Dan Gilroy’s 2014 neo-noir arrests the audience’s attention from beginning to end. Lou is a unique villain that becomes increasingly more corrupt and vile over time. As his success rises, his morality falls, which speaks to the lengths one will go to in order to be the best in the business.

A master manipulator hidden behind a strong work ethic and seedy smile, Lou brings on an assistant named Rick (Riz Ahmed) with the promise of professional growth with his meager nightly pay. The duo eventually finds success after learning the ropes of the business, giving their primary competitor a run for his money. However, Rick begins to see Lou’s true selfish nature and starts questioning his integrity.

“Nightcrawler” possesses fantastic characterization as Gyllenhaal drives Lou’s depravity full force. However, Lou is also an anti-hero success story that speaks to the relentless work ethic seen in our society. Additionally, our culture’s obsession with violence is made evident with Nina and her ability to play puppet master while whispering into the ears of her newscasters as they disclose details of the most recent crime to viewers at home. The sense of corruption and manipulation transcends a micro-level and speaks to the macrocosm of human wickedness by utilizing the media as a catalyst. Furthermore, Gilroy uses capitalism as a propellant for Lou’s sanity (or lack thereof) as he attempts to bulldoze his way out of unemployment.

To capture the relentless drive of Louis Bloom, Gilroy brought on James Newton Howard to compose the film’s score. Through the music, Lou’s positive work mentality is juxtaposed with his sinister motives. In one scene, the normally dismal music is instead upbeat, reflecting Lou’s contradicting inner reality and outward perception by other people. Death is opportunistic and viewed as a means of success instead of a tragedy. The lively ’80s synth components are also complemented with fantastic stunt work with one of the best car chases in recent years.

The camera work in “Nightcrawler” is endlessly impressive, aligning perfectly with its complex characters. Even though Lou speaks like he is constantly reading off of motivational posters in a high school classroom, he is both extraordinarily captivating and dangerous. As Nina says, “I think Lou is inspiring all of us to reach a little higher.”

Read this next: The Daily Stream: Billy On The Street Is Like A Pre-Pandemic Vacation

The post The Daily Stream: Nightcrawler is an Ambitious and Depraved Neo-Noir appeared first on /Film.