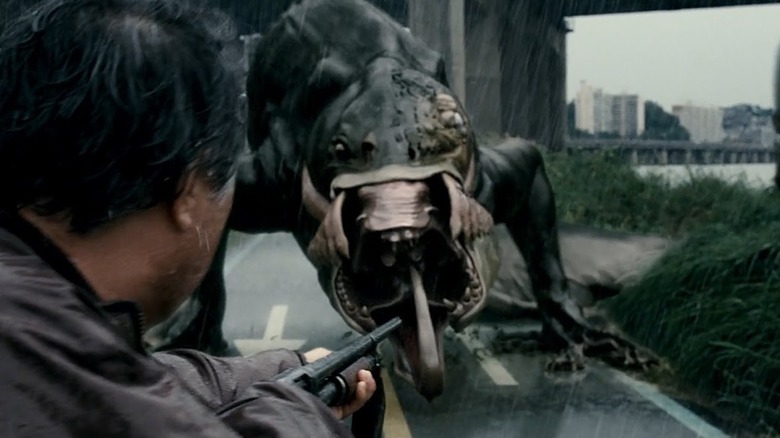 The Movie: “The Host”

Where You Can Stream It: Hulu

The Pitch: Well before Bong Joon-ho conquered the cinematic world with the incredible, history-making “Parasite,” he had already made his international mark in a number of top-tier genre films. Perhaps chief among these is his international breakout, the 2006 creature feature “The Host.” The film begins with an American military pathologist ordering the dumping of some 200 bottles of old formaldehyde into the Han River, an event that produces rumors of something in the water.

Years later, Park Gang-du (the excellent Song Kang-ho) is an irresponsible father who runs a snack bar on the banks of the Han with his father. One day a massive creature emerges from the river, rampaging along in broad daylight and attacking the myriad people beside it. Gang-du grabs his daughter’s hand and flees, only to realize he grabbed the wrong girl’s hand. He turns and fatefully watches as the beast grabs his daughter, Park Hyun-seo (Ko Asung), taking her away. The rest of the harrowing film sees Gang-du and family search for the girl against both the deadly creature and the incompetence of the South Korean government. Can they save Hyun-seo and stop the creature? 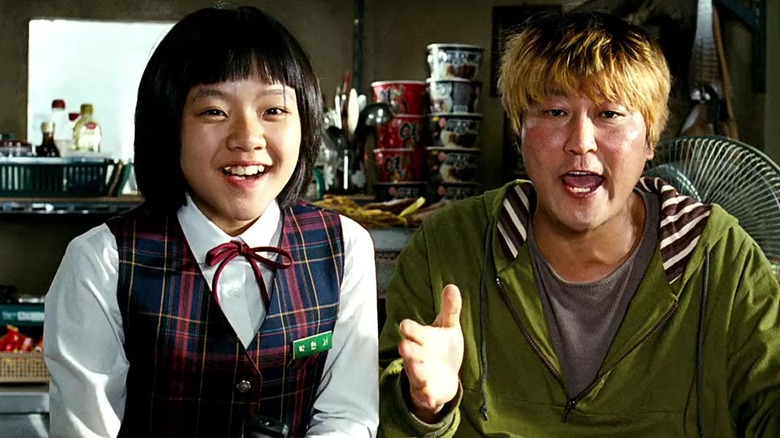 On a number of levels, “The Host” is an incredible genre entry with the accomplishments to match. Loosely based on a true story of a mutated fish emerging from the Han River (it didn’t end up a massive rampaging beast), the film was the highest-grossing South Korean film in history at that point with over 13 million tickets. It succeeds on a number of levels, anchored by stunning performances across the whole cast. Most impressively, Song Kang-ho portrays the irresponsible but well-meaning Gang-du with deep pathos and complexity, one that grows throughout the difficult circumstances. The cast across the board really land their roles, and Bong Joon-Ho’s choice to highlight the emotions in the situation really grounds and elevates it.

As a creature feature, in a number of ways, it broke what had become longstanding de facto rules of producing an excellent film. Ever since Steven Spielberg’s masterful “Jaws,” monster movies were supposedly locked into hiding the monster until the end (if it is ever revealed), an approach Spielberg himself only used to compensate for technical limitations in the animatronics. So many subsequent creature features followed suit … until “The Host.”

Far from hiding the creature, its sudden, early, full-throated attack in broad daylight showcased the excellent and otherworldly creature design while highlighting the beast’s power. “The Host” broke with tradition to great and shocking effect, producing one of the best creature reveals ever as well as one of the greatest monster movies of all time.

Between the suspenseful narrative grounded in a well-written script and emotional, nuanced performances, the thoughtfully designed and well-executed creature, its effective cinematography, and overall precise direction, “The Host” is a can’t-miss film. It boasts nuanced themes (especially concerning the South Korean government and its relationship to the U.S. military) that further enhance what would already be a smartly written cinematic entry. Don’t miss it!

The post The Daily Stream: The Host is a Monster Movie Whose Emotions Hit as Hard as the Beast appeared first on /Film.

/Film – ‘Slash Film: The Daily Stream: The Host Is A Monster Movie Whose Emotions Hit As Hard As The Beast’
Author: Jeff Ewing
Go to Source
January 15, 2022