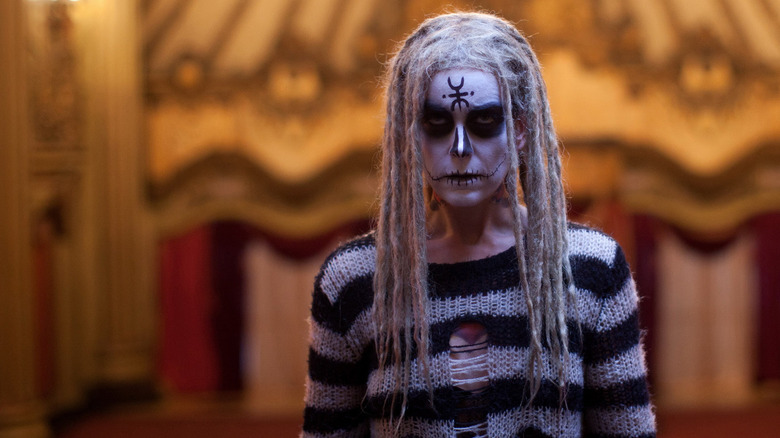 The Movie: “The Lords of Salem”

Where You Can Stream It: Tubi

The Pitch: What if some of the women executed during the Salem witch trials were really Satan-worshipping witches? Rob Zombie found it an interesting concept worth exploring as he read a book on the Massachusetts prosecutions of the late 1600s, and so the seed of “The Lords of Salem” was planted. Released in 2013 to woefully mixed reception, “The Lords of Salem” was the project Zombie wanted to do in the wake of a cramped studio experience working on the “Halloween” reboots. The musician-writer-director promised in an interview with Artisan News that the film was his most cinematic yet, citing it as “if Ken Russell directed ‘The Shining.'” Big talk, but Zombie delivers on what is most certainly his greatest opus yet.

The film follows Heidi (Sheri Moon Zombie), a radio DJ who receives a strange record from a mysterious band called The Lords. The record plays odd woodwind music and causes Heidi to have jarring visions of women conducting a Devil-worshipping ritual on a freshly birthed infant. It gets weirder from there. At the same time, occult historian Francis Matthias (Bruce Davison) looks deeper into the record and its origins. There are witches, there are babies, there is Satan, and for your consideration, there is a murderer’s row of veteran genre actors among the cast, including Ken Foree, Patricia Quinn, Dee Wallace, María Conchita Alonso, Judy Geeson, and Meg Foster. 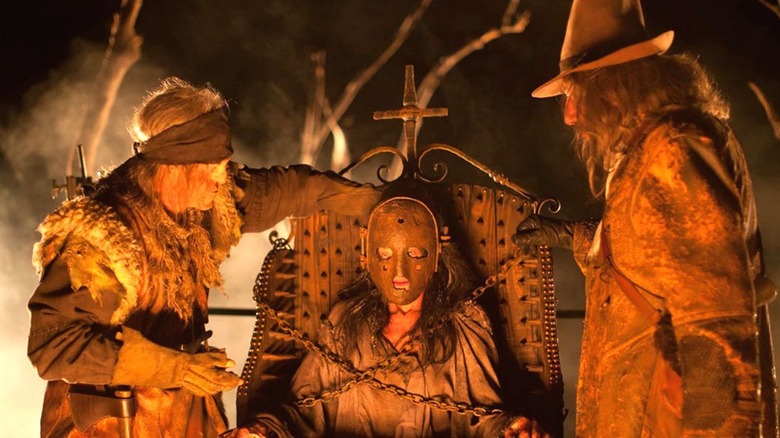 Directed by Rob Zombie in between his brutal 2009 sequel “Halloween II” and his 2016 festival of clownery “31,” “The Lords of Salem” sits somewhere along the ever-changing borders of horror and giallo. In addition to tentacles and trances and Satan, there is an investigation thread that not only provides the exposition needed (who are The Lords?), but for a while, it’s the most compelling of the two storylines. Bruce Davidson turns in an anchoring performance that grounds the film and provides those giallo mystery ties, though technically it’s not a true giallo film if the supernatural is indeed involved. If a Matthias prequel came about, as a sort of “Conjuring” artifact room situation where he looks into this old ram’s horn or that talisman, I wouldn’t be mad at it.

With his newfound creative freedom after the “Halloween” franchise, Zombie pivots here to a great and grand approach to storytelling. The film is indeed his most cinematic — with composed, symmetrical shots of foul Dionysian depravity or powerful feminine portraits in every scene. The slow zooms and arresting framing is a love letter to Stanley Kubrick, while the increasingly hysterical tone of Heidi’s ordeal echoes any slow-creep Roman Polanski film, most clearly “The Tenant.” The film is also a feature-length obsession; Zombie’s fascination with the femme is as intense as Dario Argento’s. The nude feminine body is displayed in both youngish and old form, while the Lords themselves are obsessed with chastity and temptation. Masturbation imagery, phalluses, bodies of “revelation and revulsion,” and a particular Madonna/whore complex with Heidi (compounded by the fact that Sheri Moon is married to Zombie) all infuse into a poetic festival of the macabre that is only being achieved by one other horror filmmaker today, Turkish director Can Evrenol (stream this and then stream Evrenol’s “Housewife”– a double feature like peas and carrots). Hell of a swing, this film. Here’s hoping that Zombie has as much fun with “The Munsters,” a project he’s been chasing for years.

“The Lords of Salem” is currently streaming for free with ads on Tubi.

The post The Daily Stream: The Lords of Salem is Rob Zombie’s Finest Work appeared first on /Film.

‘Slash Film: Asteroid City Is The Title Of Wes Anderson’s Next Movie’