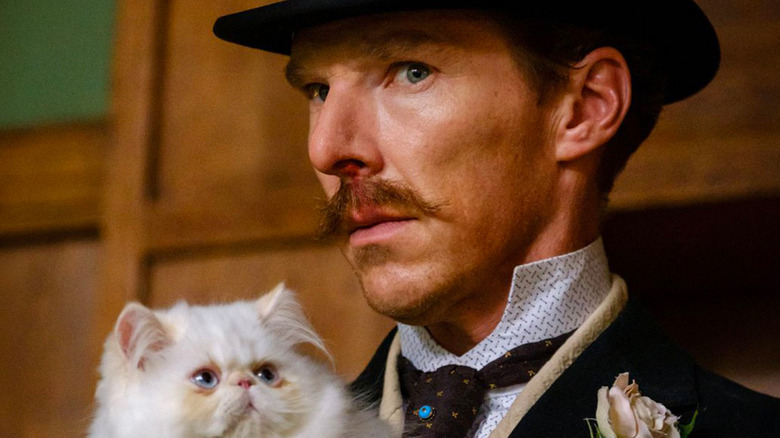 It’s hard to believe now, but there was a period when many people didn’t consider cats to be pet material. Then again, this probably isn’t the most shocking news to some folks – our feline friends are notoriously aloof and independent, and sometimes it seems like they have no use for us at all. In the England of the late 1800s, cats were considered useful for catching rodents and not much else. And then along came Louis Wain. The eccentric painter conjured up anthropomorphized cat illustrations for “The Illustrated London News,” and his images of cats strutting about on their hind legs, playing pool, smoking cigars, and just having a jolly old time enchanted the world so much so that people started adopting cats as pets.

Does that story sound too good to be true? Too fanciful? It probably is, but that’s one of the claims put forth by “The Electrical Life of Louis Wain,” the surprisingly melancholy biopic from director Will Sharpe. Whether or not Louis Wain is single-handedly responsible for making the world fall in love with cats is immaterial. As “The Man Who Shot Liberty Valance” taught us, when the legend becomes fact, print the legend.

Louis Wain was very real, though, and here he’s played by Benedict Cumberbatch, in sharp contrast to his cruel and career-best turn in his other TIFF movie this year, “The Power of the Dog.” Watching these two movies together is a true testament to Cumberbatch’s craft, because as scary and threatening as he is in “Power of the Dog,” he’s incredibly warm and affable here. Of course, this kind of stammering, clumsy, awkward, likable chap is the type of part Cumberbatch can probably play in his sleep at this point.

Narrated drolly and cheekily by Olivia Colman, and featuring a host of cameos from Taika Waititi to Nick Cave, “The Electrical Life of Louis Wain” is often quite charming and sweet. But there’s an undercurrent of sadness running through the entire affair, and even when the film tries to convince us that there were good times among the bad, it’s hard not to think how awful life must have been for several characters here. But that’s life, isn’t it? A series of awful moments occasionally punctured by rare dares of exceeding beauty. 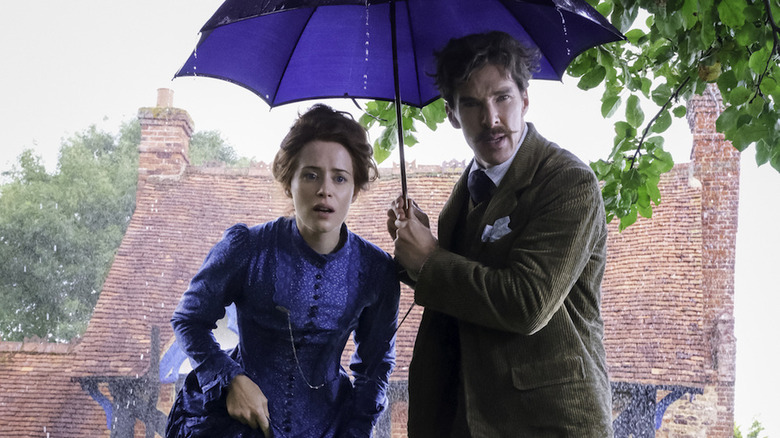 Louis Wain lives with his elderly mother and his six sisters. As the story begins, his father has died, making Louis, the only surviving male, the sole breadwinner of the family. And that’s a problem because Louis has no head for money. His head is too cluttered with other things; experiments, philosophies, flights of fancy, call them what you will. Most of all, he’s obsessed with electricity. According to Louis, electricity is the solution to practically anything. Electricity runs through everything, and Louis believes that if we can all just harness it correctly, anything would be possible.

But on top of all that, Louis can draw. And draw fast – we see him sketching beautiful drawings in seconds by using two pencils at once. And while Louis can draw humans, he prefers to sketch animals. Sometimes, this gets him in trouble – like when he climbs into a bull ring to get a better look at a “one-and-a-half ton bull” he intended to sketch. The art gets him a steady job at “The Illustrated London News,” and the Wain family is able to hire a governess to take care of the younger Wain girls.

The governess is Emily Richardson (Claire Foy), who is, “by the standards of the day, positively geriatric” according to the narrator. She’s a loner, and she’s just as weird and awkward as Louis. A love affair seems to be their destiny, and sure enough, the two fall into each other’s arms – much to the chagrin of everyone else. After all, Louis is a gentleman, and Emily is part of the servant class. That simply won’t do in polite society, but neither Louis nor Emily care.

These early moments, where the two weird lovebirds find each other, are among the sweetest. Foy brings a wonderful appeal to her part, playing Emily as smart and sharp and wholly herself, and she and Cumberbatch have a nice rapport with one another. But the mirth won’t last long, because just as the two have married and settled into their new life together, Emily is diagnosed with breast cancer. Louis thinks his beloved electricity might save her, but doctors think otherwise. Emily’s days are numbered, and the couple is determined to make them count. Along the way, they add a new addition to their family: a kitten they find in their garden. The animal is soon named Peter, and when Louis tells friends that he and his wife have a cat for a pet, they think he’s out of his mind. Maybe he is. 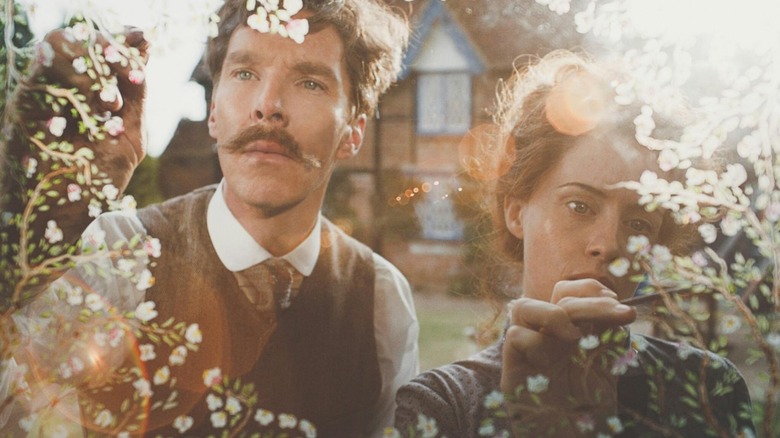 The happy days eventually come to an end, and here “The Electrical Life of Louis Wain” descends into a series of misfortunes that befall poor Louis and his family. He begins drawing cats, and the images prove to be quite popular. But he neglects to copyright the drawings and thus doesn’t make a single penny off them. His family sinks further into debt, and Louis keeps his head in the clouds – and his mind on cats. He becomes fascinated with the creatures just in the way he’s fascinated with electricity. And then his mind begins to suffer. At one point, after Louis talks about how he wants to go to America to teach the people about the importance of cats, a doctor tells him, “Mr. Wain, you are clearly delusional.”

There is some speculation now as to whether or not Louis Wain suffered from schizophrenia. Others say it’s more likely that he had Autistic Spectrum Disorder. Whatever the case, the artist spent years of his life locked away in insane asylums, and there’s no way of getting around how bleak that must’ve been. For its part, “The Electrical Life of Louis Wain” leans into the schizophrenia diagnosis, showing Louis hallucinating people with cat heads as his artwork grows more and more strange. And it’s impossible to shake the overwhelming feeling of hopelessness at play here. The film attempts to keep things as playful as possible, but as Louis’ life falls apart and he ends up in asylums, the movie is blanketed in a dreary bleakness.

The script, by Simon Stephenson and Will Sharpe, would like us to think that because Louis Wain touched so many lives with his art, his life was a triumph. But as popular as those cat drawings may have been, the real Louis Wain grew destitute and alone. Those close to him died – including his own pet cats. He faded into obscurity, forgotten by a world he brought such beauty to. And no matter how many scenes “The Electrical Life of Louis Wain” gives us of Cumberbatch dancing, or looking at a beautiful landscape, the sadness threatens to swallow all that up.

That’s not to say “The Electrical Life of Louis Wain” is a slog. As a director, Sharpe casts the entire film in a hazy glow, recalling lamplight. And there are fantasy-infused sequences of true beauty, coupled with Arthur Sharpe’s lovely-yet-sorrowful score. But I can’t shake the notion that the movie, despite its frequently sad tone, thinks this story is a lot more uplifting than it actually is. As the narrator tells us, Louis Wain’s life was one of constant striving and searching. He believed that his theories of electricity – and cats – held “the key to all of life’s most profound and alarming secrets.” And did he ever use that key to unlock those secrets? Probably not in real life. But hey, when the legend becomes fact, print the legend.

Read this next: Benedict Cumberbatch Was ‘Sad’ Marvel And Scott Derrickson Broke Up Over Doctor Strange 2

The Live-Action Batman Movies In Order: How To Watch By Release Date