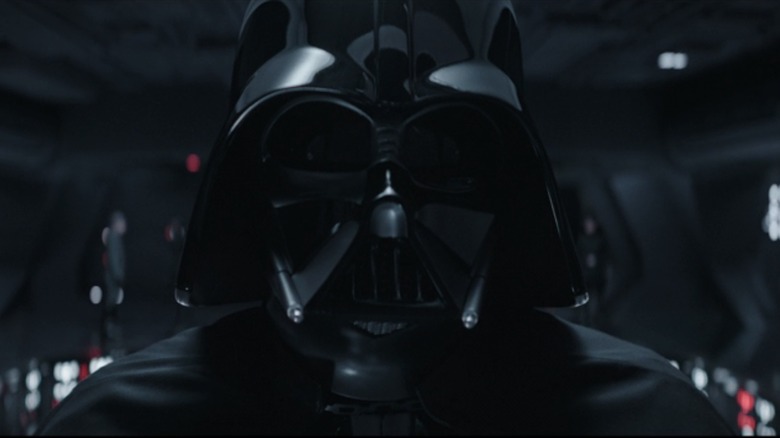 This post contains major spoilers for the new episode of “Obi-Wan Kenobi.”

The latest episode of “Obi-Wan Kenobi” begins before the start of the Clone Wars, showing Anakin and Obi-Wan training together in the Jedi temple on Coruscant. This framing device winds throughout the episode, laying the foundation for the mind games Obi-Wan Kenobi and his former student will play with each other. In the present day, Darth Vader races to Jabiim aboard his ship, the Devastator, tracking Kenobi and the young princess. This leads to a prolonged siege of their facility as Vader sends the Third Sister — newly promoted to Grand Inquisitor — to lead the attack. As Obi-Wan takes a leadership role in defending the other refugees, he parlays with the Third Sister and guesses at her true background and nature. Reva was a youngling in the Jedi temple and she’s not serving Vader, but hunting him.

Obi-Wan and Vader play cat and mouse with each other, each trying to outwit the other. But they know each other well, and there’s no telling which of them will get the upper hand in the conflict. Thanks to Reva’s thirst for revenge, Obi-Wan is able to use her as a tool to attack Vader, though it doesn’t turn out the way anyone had hoped. Reva is felled by Vader and left for dead, but that’s when she discovers information that could very well lead her to Luke Skywalker. 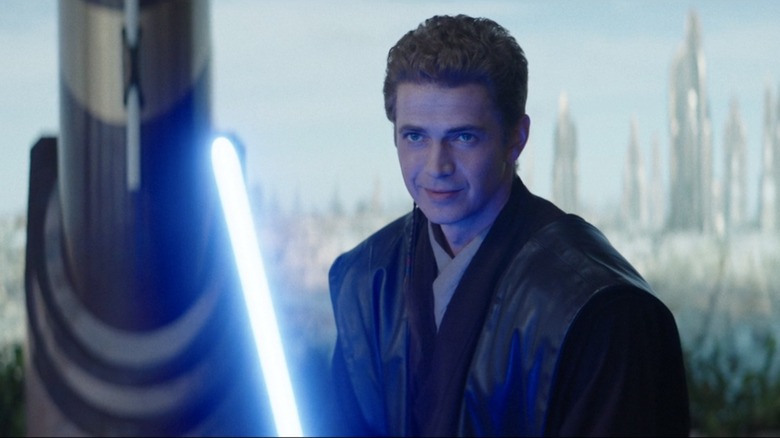 The episode is framed around a flashback of Anakin and Obi-Wan in an epic sparring match on Coruscant. There’s no indication whether this happens just prior to the events of “Attack of the Clones” or just after, but as Anakin is elevated to the rank of Jedi Knight in the weeks after the events of that film, it could be anywhere in that range. In “Attack of the Clones,” Mace Windu mentions that Anakin and Obi-Wan have just returned from a border dispute on Ansion, so it could very well be in the days after their return and before their assignment to protect Senator Amidala.

The fighting style used by Anakin and Obi-Wan in this flashback has definite echoes and flourishes from their fight on Mustafar, some of their moves playing out the same beat for beat. Watch closely and you’ll see thematic mirrors of this fight later in the episode when Vader schools the Third Sister.

The episode also revisits Darth Vader’s march on the Jedi temple, showing him murdering younglings, including all of Reva’s friends. Reva has to have been an exceptionally old youngling, at least 12 or 13, for the timeline of the show to come even close to making sense. But here she is, finding a driving need to infiltrate the Inquisitorius and revenge herself against Lord Vader. The Grand inquisitor himself makes another appearance and makes a statement that says a whole lot more than it seems on first blush. “Revenge,” he says, “does wonders for the will to live, don’t you think?”

This seems to refer to his own recovery from Reva’s betrayal in an earlier episode. But it also refers to her will to live to hunt down Lord Vader. And it refers to her closing scenes in this episode, looking for an advantage and a way to survive. But one could also read Maul’s survival, as seen in the animated “Star Wars” shows, into this as well. It was his desire for revenge that fueled his will to live, despite his broken mind, across the decade-plus he spent on the trash planet Lotho Minor. 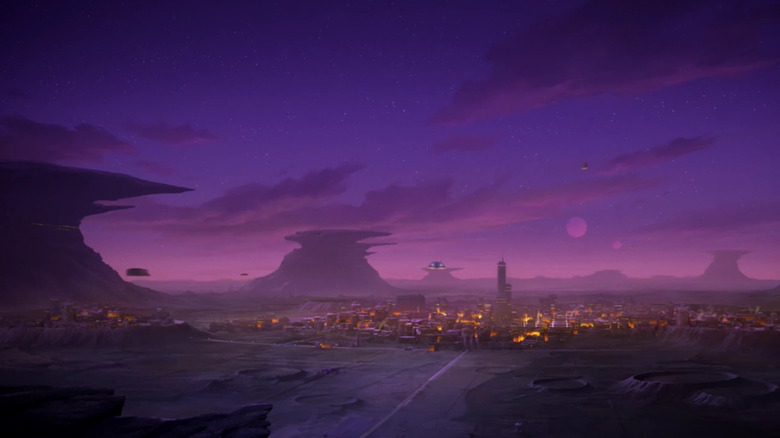 Tala, before her untimely sacrifice, tells Obi-Wan what motivated her to join the Path and help escaping Jedi. She talks of an assignment on the planet Garel, where families with Force sensitive children were rounded up and murdered. It changed her mind about the Empire and dedicated her to a cause. “Star Wars” fans will remember Garel from “Star Wars Rebels.” This was the site of a secret rebel garrison that would be set up a few years in the future, after the events of “Obi-Wan Kenobi.” It would be the base for the crew of the Ghost, a home for Hera, Kanan, Ezra, Sabine, Zeb, and Chopper. In a story that echoes the tragedy of Tala’s back story, Ahsoka Tano at one point heads to Garel to enlist the Ghost crew to rescue Force sensitive children that had been kidnapped by the Empire before similar fates could befall them.

Though Garel’s first appearance was in “Star Wars Rebels,” it has slowly gained prominence in the universe. In some of the comic books, Han and Chewie ran scams on Garel. And Admiral Statura from the sequel trilogy was born there and got his start as a freedom fighter as a teenager, fighting the Empire on Garel, which likely would have put him in contact with the crew from “Star Wars Rebels.”

What To Watch Out For 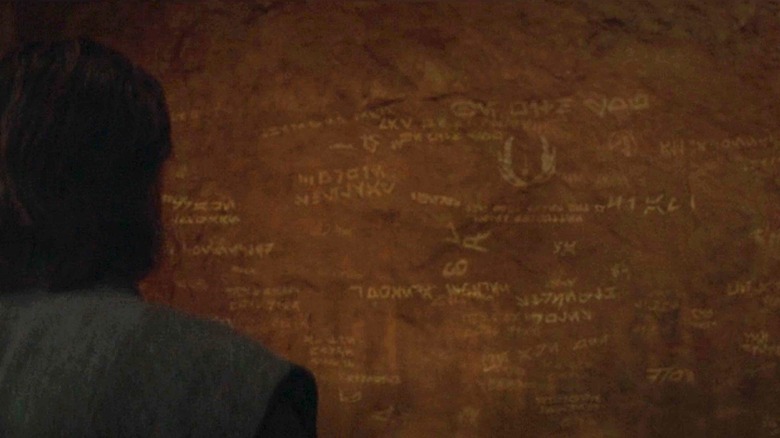 There are a few interesting details to watch out for as you view this episode of the show.

Look closely at the wall of carved text Obi-Wan sees at the base in Jabiim, as there are many easter eggs in there. “There is no death” appears in the upper left corner, a reference to the Jedi code. “May the Force be with you” is carved into the wall. Front and center on the wall is the quote Obi-Wan reads: “The light will fade, but is never forgotten.” The name Corwin Shelvay is mentioned, a Jedi who initially appeared in an old Galaxy Guide of the “Star Wars” West End Roleplaying Game. In the Legends canon, he ended up joining Luke Skywalker’s New Jedi Order. The credits show us that the young boy Corran Horn, another Legends member of Luke’s Jedi Order, is there on Jabiim in the crowd.

Fans will also recognize that the method of Tala’s sacrifice is a thermal detonator, just like the one Princess Leia used to bluff her way to a better price for Chewbacca in Jabba’s Palace in “Return of the Jedi.”

As for Vader’s flagship, it is definitely the Devastator, the ship he commands in both “Rogue One: A Star Wars Story” and “A New Hope” as he hunts for the stolen Death Star plans and Princess Leia herself.

Awaiting The Return Of The Jedi 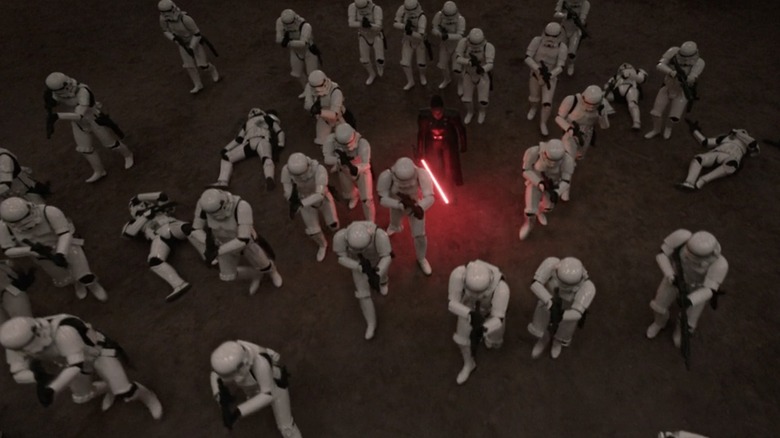 With this being the penultimate episode of the show, there are many loose threads left to tie up. At the end of this episode, Reva learns information that could lead her to Luke Skywalker on Tatooine. Obi-Wan is still pursued by Vader’s Devastator and Leia is still not safely home on Alderaan. What will the final confrontation between Vader and Obi-Wan look like? Will Vader assume Obi-Wan to be dead? Or will they go their separate ways?

One thing I can’t shake is a line that Vader has in “Return of the Jedi.” As Luke talks to him about the good inside him and how he can turn back from the dark, Vader tells him, “Obi-Wan once thought as you do.” Will we see that moment of Obi-Wan trying to turn him back in the final episode?

This episode of “Obi-Wan Kenobi” is nothing short of terrific, uniting the major eras of “Star Wars” together into a beautiful blend. Ewan McGregor and Hayden Christensen barely seem to have aged in the last 20 years and we can only hope for more of these moments in this show and future shows.

“Obi-Wan Kenobi” has propelled us closer to the final return of the Jedi we know Obi-Wan to be and complete his journey, becoming the wisened master we met all the way back in “A New Hope.” It also portends another major fall for Darth Vader as he confronts the revenge he’s so desperately seeking. All the pieces are here. Now, we need to see how the finale puts them together.

The post The Empire Strikes Back in Obi-Wan Kenobi’s Spellbinding Fifth Episode appeared first on /Film.

‘The Thing’ at 40: John Carpenter’s Sci-Fi Epic Lost the Battle But Won the War [The Losers’ Club Podcast]