We’re less than two weeks away from the premiere of The Falcon and The Winter Soldier on Disney+. It’s the second major series from the line-up of Marvel Studios shows coming to the streaming service, and it has a lot to live up to after the impressive debut of WandaVision. As we gear up for the series debut, a batch of character posters have arrived, and new Marvel Legends episodes are rolling out to help general audiences refresh themselves on the characters featured in the series.

The Falcon and the Winter Soldier Posters 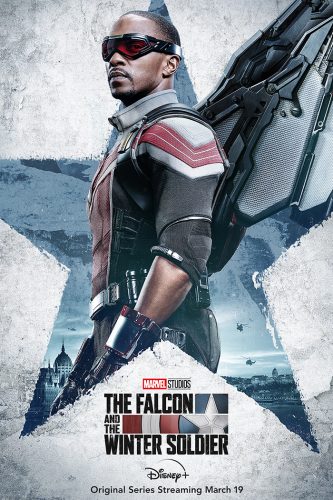 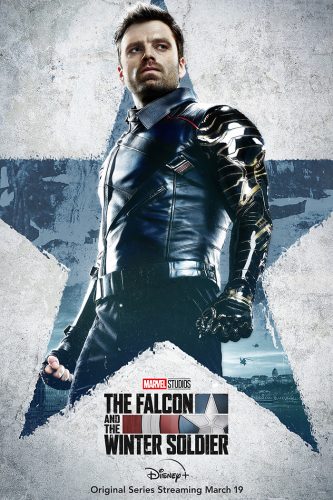 First up, we have Anthony Mackie and Sebastian Stan as Sam Wilson and Bucky Barnes. Both are loyal sidekicks to Captain America, but only one was brainwashed to become a supersoldier assassin for Hydra. As recently showcased in a new TV spot, these two don’t really consider themselves a team. Instead, they’re merely co-workers, and they’ll have their hands full. 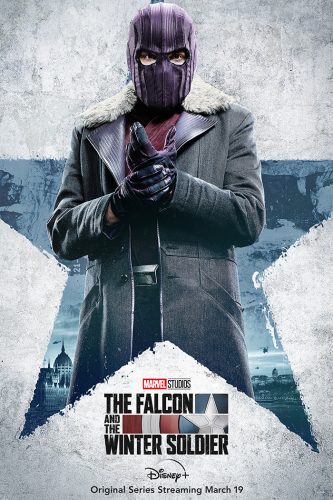 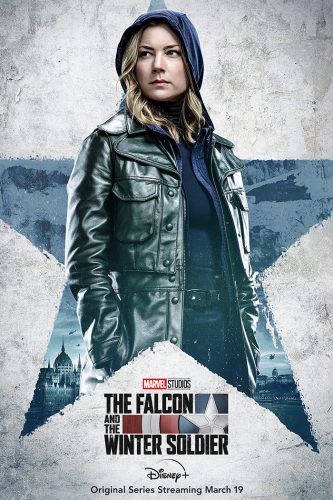 Baron Zemo (Daniel Brühl) is back after stirring up trouble in Captain America: Civil War. We’re not sure what he’s up to this time, but surely it involves terrorist activity. But Sam and Bucky will also get help from a rogue ally in the form of Sharon Carter (Emily VanCamp).

If you’re feeling a little foggy on the backstory of these character and why their paths are crossing again, Disney+ has released a couple new episodes of the catch-up series Legends. The episodes for Falcon and The Winter Solider debuted on March 5, but there are two more episodes coming for Zemo and Sharon Carter on March 12. They’re a good way to catch up the less-entrenched viewers in your household so they can enjoy these shows with you.

In Marvel Studios’ “The Falcon and The Winter Soldier,” Sam Wilson/Falcon and Bucky Barnes/Winter Soldier, who came together in the final moments of “Avengers: Endgame,” team up on a global adventure that tests their abilities—and their patience. The series is directed by Kari Skogland; Malcolm Spellman is head writer.

The Falcon and The Winter Soldier debuts on Disney+ starting on March 19, 2021.

The post ‘The Falcon and The Winter Soldier’ Character Posters Soar in with New ‘Marvel Legends’ Episodes appeared first on /Film.