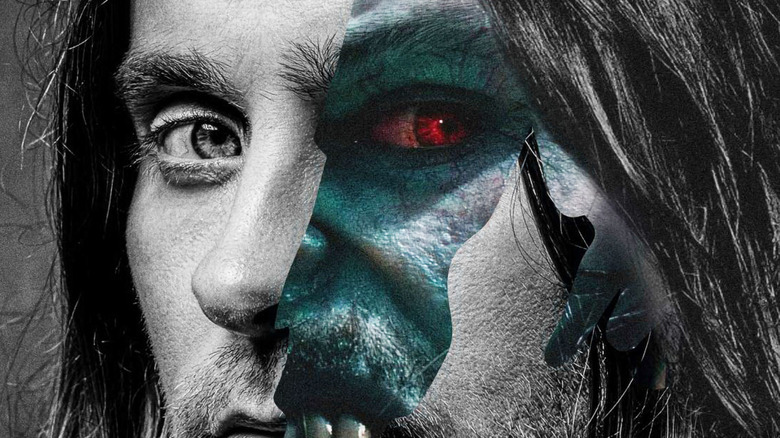 It’s hard to remember what the world was like in the Before Times. What did we even do before Sony dropped the teaser trailer for “Morbius” on January 13, 2020? Watch trailers for other films? Surely not!

Movie theaters know us better than that. It’s why they’ve shown the “Morbius” trailer in front of almost every film released over the last past years. You can only imagine how terrified I was when I sat down to watch “The French Dispatch” last fall and didn’t get the chance to hear Jared Leto’s Michael Morbius hum bars from Beethoven’s “Für Elise” (you can tell Michael’s a real scientist because only real scientists do that) or watch him transform into a vampiric being whose powers include echolocation, chiseled abs, and the ability to slash people’s throats without actually spilling any blood.

As film critic Edward Douglas reminded the world today, it’s now been officially two years since the “Morbius” trailer debuted and left us all wondering: Wait, Michael Keaton’s in this movie? Does this take place in the MCU? Do all of us take place in the MCU? Truly, those two minutes of footage are the only thing that’ve helped us keep the darkness at bay as we wait to finally see what is definitely the first-ever Marvel vampire superhero film to ever be made ever in the history of cinema. So come! Join us as we look back on what a wild two-year journey it’s been.

So Many Precious Memories!

At first, all was right with the world. “Morbius” was set to arrive on July 10, 2020, at which point we would at last know the answer to the age-old question: What makes a Living Vampire man? Then the film was pushed back three weeks to July 31 that same month. No problem, we could just pass the extra time by re-watching those precious few seconds of Michael teleporting like Nightcrawler or Matt Smith walking intensely along an empty subway platform in the “Morbius” trailer.

Then, for whatever reason, Sony pushed “Morbius” back several months to March 19, 2021. (Apparently something happened? I live in an underground cave covered in 30 Seconds to Mars and “Suicide Squad” posters, so if it doesn’t involve Jared Leto, I don’t feel much of a need to pay attention.) Then the studio delayed the film against to October 8, 2021, and again to January 21, 2022. But no matter. As distressing as it all was, I kept myself busy by pondering the big questions like, “How far are we allowed to go to fix something that’s broken?” Is the remedy truly worse than the disease, Jared Harris, if it means developing fangs and an unquenchable lust for human blood?

Thankfully, Sony knew we were all putting on a brave face to mask our pain and, at long last, released the full-length trailer for “Morbius” on November 2, 2021. It had everything you could ask for. Jared Leto flying! Michael Keaton standing! Michael Morbius telling someone he’s Venom, which is the name of that character from that other movie that I saw the trailer for “Morbius” in front of last year. Still, it only did so much to dull the pain when Sony postponed the film again, this time to April 1, 2022. Truly, we are all the April fool for thinking our plight was nearly over. 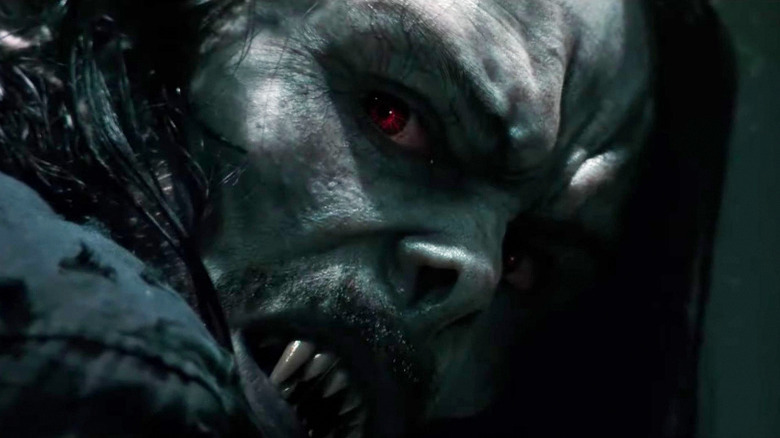 None of us are the same people we were two years ago on that fateful day when the “Morbius” trailer debuted online. How could we be, after years of living with the knowledge that you can use science to turn yourself into a vampire person? Still, at least we’ve had that glorious teaser trailer to keep us going through it all. I won’t lie: There were times when doubt started to creep into my mind and left me wondering if “Morbius” was a prank like that “New Mutants” movie that was definitely just an elaborate ruse and not a real thing. But I know better. Jared Leto, an actor whose skills transcend the meaning of cinema, would never lie to us about something like that.

And so we are left to continue waiting and passing the time until the film arrives, be it by watching that other movie with the Spider-Man guy who shows up in the “Morbius” teaser or, better yet, re-watching the “Morbius” teaser itself. But there’s no need to worry. Just like the Dark Universe, Michael Morbius will soon get his day in the sun. Preferably while wearing a hat because sunlight isn’t healthy for most vampires.