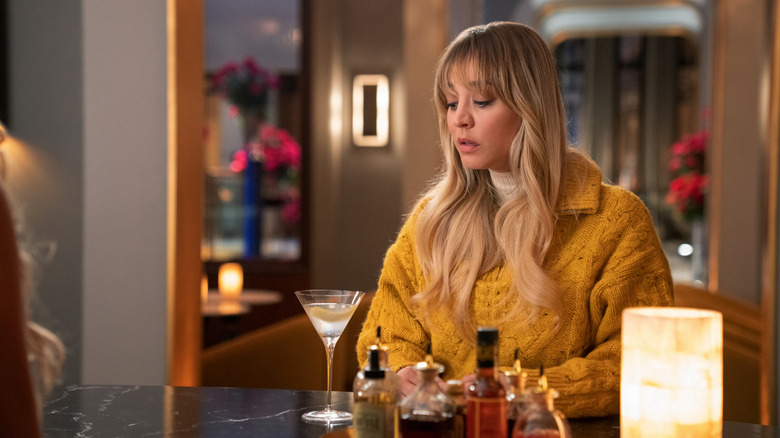 “The Flight Attendant” season 2 has recently taken off on HBO Max, and thus far, it’s proving itself to be even more emotionally complex than season 1. While the show’s freshman outing saw Cassie Bowden (Kaley Cuoco) wake up next to a dead man and find herself the prime suspect in his murder, the series also explored the character’s struggles with alcoholism. Rather than pull back on this in season 2, which finds Cassie at the center of a different murder mystery (this time as a CIA asset), “The Flight Attendant” is focusing on her recovery as well.

Those rooting for Cassie to stay sober even in the midst of all the madness going on around her had a rude awakening thanks to episode 5, “Drowning Women.” Not only does Cassie finally succumb to her overwhelming desire to take a drink, but the audience learns that she’s quite an unreliable narrator. While the first four episodes have painted the picture of Cassie being sober for a year, the newest installment reveals she never had that time to begin with.

Relapse is so often sensationalized in film and television, but “The Flight Attendant” has chosen to illustrate that it’s a part of recovery. Rather than linger on it, we see Cassie’s relapse act as a major turning point. When I interviewed showrunners Steve Yockey and Natalie Chaidez, I asked them if they knew from the beginning that Cassie was lying, not only to everyone else, but to herself also. Yockey responded:

“I want to say that was a discovery that we made when we were writing, I think episode four, but we had already broken, I think through six. And when we were in script on four, we realized, ‘Oh, Gold Dress Cassie can be holding some information.’ And that’s a lot more interesting because it really changes — when you look back at the front part of the season, it changes the dynamic and it sort of explains why Cassie is nervous around her instead of just, ‘No, f*** you, go away.’ So I think that it added layers and intensity to the Mind Palace. And that’s always exciting when you can find that.”

Nothing Is Clear In The Mind Palace 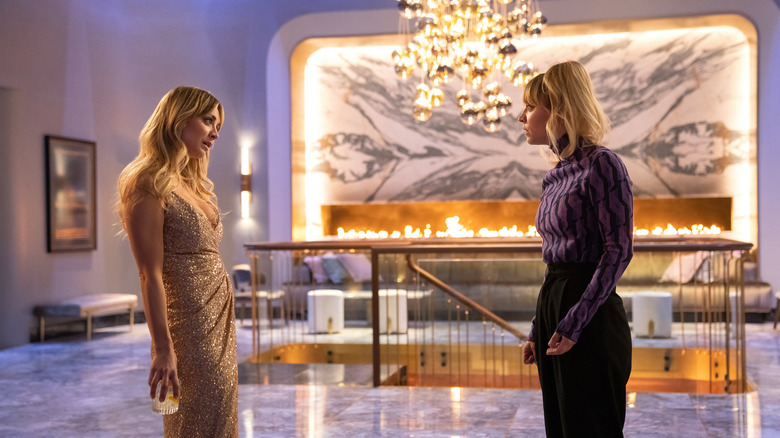 The Mind Palace Yockey is referring to is Cassie’s headspace. Season 1 saw her spending time in there figuring things out with Alex Sokolov (Michiel Huisman), the dead guy whose murder she was trying to solve. Season 2 sees the show return to Cassie’s mind-scape, this time with multiple versions of herself. It’s a brilliant choice that really highlights the dichotomy within a person who struggles with addiction. Knowing this information about Cassie’s sobriety does rather drastically alter the dynamics within the Mind Palace. It explains that Gold Dress Cassie’s hold on her was even more intense than it seemed, considering her recovery was basically a house of cards.

Yockey mentions “Gold Dress Cassie,” which is the “fun” version of herself, the one who is the life of every party because for her, the party cannot end. That voice has been constantly pressuring Cassie to drink, but also has been hinting that maybe her new life isn’t as perfect as she would have everyone believe. There is also the maudlin, miserable Cassie, as well as teen Cassie (Audrey Grace Marshall), and even the version of herself she views as perfect and together. Cuoco is absolutely incredible in these scenes, and much like Tatiana Maslany’s performance in “Orphan Black,” it’s easy to forget that you’re watching one actress. In fact, Cuoco told THR that they actually met with the team from “Orphan Black” for some tips on shooting these scenes.

Relapse Is A Part Of Recovery 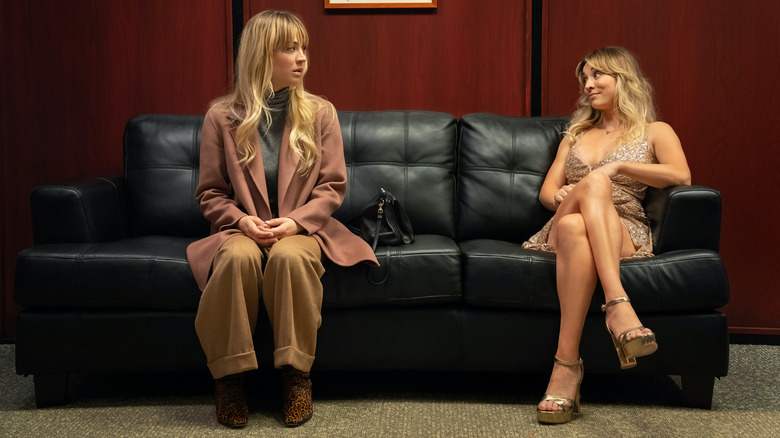 For the first several episodes of season 2, Cassie does her best to hold up this facade that she has it together, when in reality, her mind is constantly at war. The “pink cloud” is a common phenomenon in recovery, as pointed out by a rather surly man in Cassie’s AA meeting. There is a point for some, particularly early on, in which there is such a palpable sense of relief that everything seems great … at least until real life sets in, which it always does. However, Cassie wasn’t really on a “pink cloud” as much as she was lying to herself and everyone around her.

Despite her move to L.A. and her dreamy new boyfriend, nothing was perfect. She was painfully bored, using her new job as a CIA asset to keep taking risks, so she could recapture some of the excitement she had been missing. When everything comes crashing down around her in episode 5, Cassie falls hard. She goes on a major bender, picking up right where she left off. It was very clear when I interviewed Yockey and Chaidez that this was one aspect it was very important to them to get right. There were sober writers and producers on staff to help tell Cassie’s story as authentically as possible.

As someone who has been in recovery for quite a few years, I find myself constantly disappointed by its depiction in television and film. From the portrayal of twelve-step fellowships to a character’s inevitable relapse — because they always do — it rarely resonates with me. Yes, our odds are bad, and people love to stare at a car crash, but as someone who has already lived through this experience, I’d much rather see someone recover. “Euphoria” has walked a fine line with this, and I do believe that show’s depiction of addiction is one of TV’s best, even if it’s incredibly difficult for me to watch it. 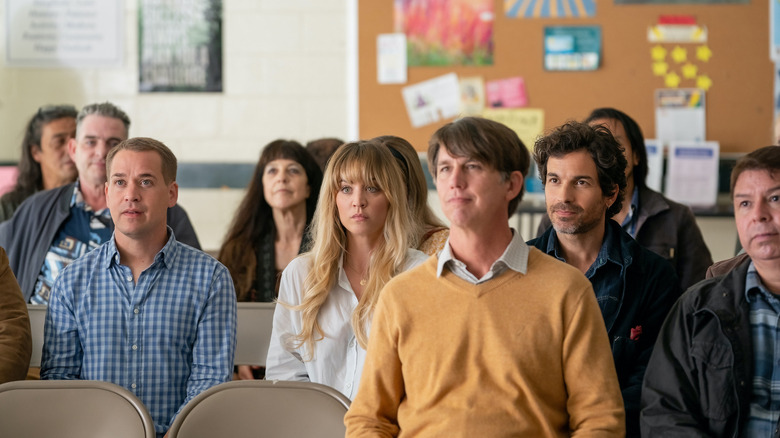 Cassie hates herself for drinking, which only makes her drink more, but no matter how much she drinks, it’s never going to make her feel the way she’s hoping it will. She can no longer enjoy this story, because she already knows exactly how it ends. Cassie’s past year sober was a sham, but she had to face up to it in order for her to finally get honest with her sponsor Brenda (the amazing Shohreh Aghdashloo). I love that the show gave us a lovely scene between these two women in which Brenda doesn’t judge Cassie, but is simply there for her in a way only a fellow alcoholic could be. The scene brought me to tears. As Brenda told Cassie in the previous episode, recovery is never easy.

Will Cassie drink again before the end of season 2? I don’t know, but I certainly hope not. It seems like the whole point of this relapse from a narrative standpoint is to give Cassie a moment of clarity that will help her finally find a way to move forward. Now that she’s gotten honest with her sponsor, and most importantly, herself, the groundwork has been laid. That is my hope for “The Flight Attendant” in these last three episodes. It’s going to be difficult for her, because it always is. Recovery is a lifelong battle, but luckily Cassie has a strong support system.

With three episodes left, it’s unclear if the show will stick the landing as far as the murder mystery is concerned, but thus far, I really appreciate seeing the deeper layers of this issue portrayed. Is it less interesting to watch someone find a way to put themselves back together as opposed to seeing them fall apart? Maybe for some, but personally, I need to see more episodes of TV like this one.

Read this next: The 10 Apple TV Shows That Justify A Subscription

The post The Flight Attendant Showrunners on How Episode 5 ‘Changes the Dynamic’ [Exclusive] appeared first on /Film.