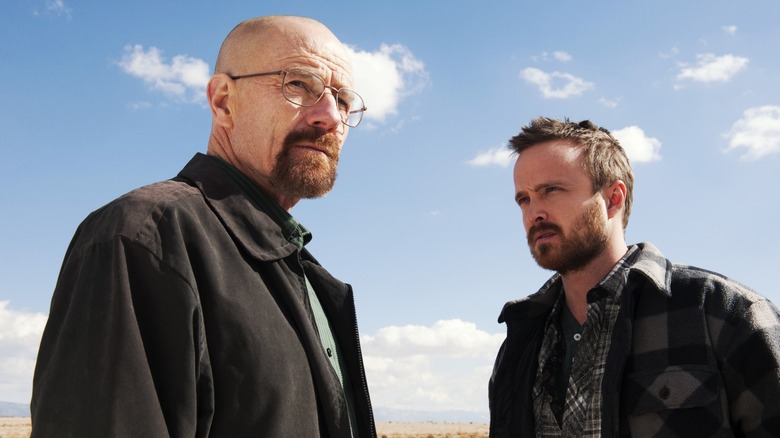 Francis Ford Coppola’s mafia epic “The Godfather” is canonically regarded as one of the greatest films of all time. Due to its legendary status, it has been parodied, referenced, and homaged in popular culture throughout the past fifty years since its release. Vince Gilligan’s hit AMC drama “Breaking Bad” is just one of the many works that include an allusion to the renowned gangster saga.

Much like “The Godfather,” “Breaking Bad” chronicles the rise and fall of a corrupt empire and a protagonist who climbs to a high-ranking position of criminal power. Both Michael Corleone and Walter White use their intelligence to strengthen their illegal businesses. Consumed by a lust for power and control, they end up destroying what motivated their success in the first place: their relationships with their wives and family. Not only does “Breaking Bad” draw from themes of “The Godfather,” it also features one of the trilogy’s most prevalent symbols. 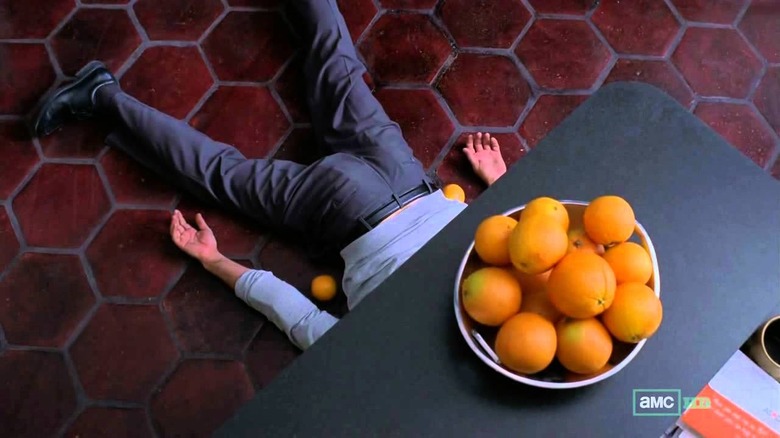 In “The Godfather,” oranges are a harbinger of doom, often seen before a character’s death or violent moment. There are three notable instances in the first film where oranges appear. When Tom Hagen has dinner with Jack Woltz, a bowl of oranges sit on the table; the next morning, Woltz awakens to see the severed head of his prized horse in his bed. After Vito Corleone purchases a bag of oranges from a street vendor, his enemies shoot him in an assassination attempt. And at the end of the film, Vito puts an orange slice in his mouth to entertain his grandchild just before dying of a heart attack.

During the final scene of the “Godfather” trilogy, Michael Corleone drops an orange at the moment of his death. Oranges are also seen in “Breaking Bad” during the season 4 episode “Crawl Space,” in which Ted Beneke — Skyler’s boss, who is using her accounting skills to commit fraud — is confronted by Saul’s henchmen to sign a check to the IRS. Ted attempts to run from them and trips on an area rug, crashing head-first into his kitchen counter, which leaves him paralyzed. An overhead shot shows the oranges that fall onto the lower half of Ted’s immobilized body. “Breaking Bad” producer, writer, and director Thomas Schnauz confirmed this was a deliberate callback to “The Godfather” on “The Breaking Bad Insider Podcast” (via CheatSheet), after oranges made a comeback in the prequel series “Better Call Saul.”

“Everybody likes to find these things that mean oh, a character is going to die. The oranges are from ‘The Godfather.’ We did that with Ted Beneke in ‘Breaking Bad.’ He runs and trips and knocks over a bowl of oranges and basically breaks his neck and he’s put out of commission.”

At the start of the “Breaking Bad” season 5 premiere, a grizzled Walt returns from hiding to his house which has been abandoned — windows smashed, walls scrawled with graffiti, empty swimming pool being used by skateboarders — and greets his neighbor Carol as if everything is normal; she drops her grocery bag in shock, sending her oranges and other goods down the driveway. By the end of this season and the series as a whole, Walt dies of gunshot wounds amongst the only thing that has ever made him truly happy: meth, his baby blue.

The Color Orange Has A Deeper Meaning 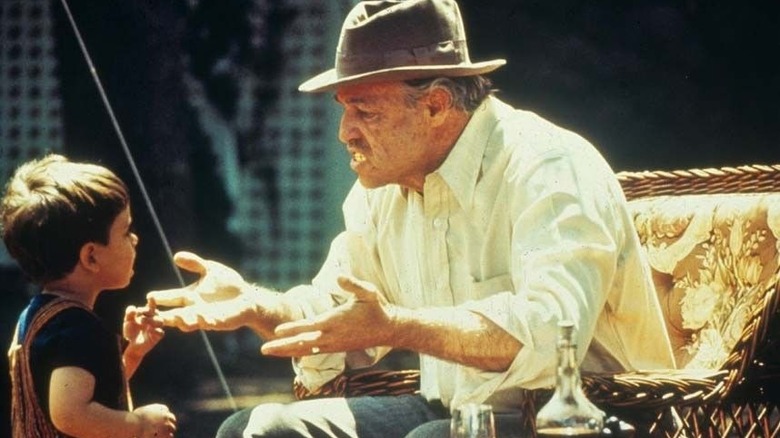 In his book The Godfather Legacy, author Harlan Lebo writes:

For [production designer] Dean Tavoularis, oranges were simply another carefully chosen compliment to otherwise somberly dressed sets. ‘We knew this film wasn’t going to be about bright colors, and oranges make a nice contrast,’ said Tavoularis. ‘I don’t remember anybody saying, Hey, I like oranges as a symbolic message.’

The brightly-colored oranges stand out and add some warmth to the darker tones of “The Godfather,” but they also have a deeper meaning. Their pop of sunny color against grim surroundings immediately draws the eye and makes the viewer take notice of them as an unsettling warning of catastrophe. In “The Godfather” scene depicting Vito’s attempted execution, the spilled oranges symbolize how Vito’s loss of power causes his family to collapse and be torn apart. For “Breaking Bad,” oranges signify how Walt’s devious actions topple the lives of everyone around him.

As Looper observes, colors “play a key role” in “Breaking Bad,” often indicating specific aspects of characters’ personalities and emphasizing the narrative’s themes. Looper observes that “orange represents danger and anything that’s a threat” to Walt. Hank frequently wears orange because of his role as both a family member and DEA agent, and the color also foreshadows his eventual death. Orange becomes associated with Ted because if the authorities discover Skyler’s part in his financial coverups, Heisenberg will be apprehended. Much like “The Godfather,” orange in “Breaking Bad” not only draws attention visually, but thematically symbolizes death or oncoming despair.

Read this next: Every Sofia Coppola Film Ranked From Worst To Best

The post The Godfather Connection You Missed in Breaking Bad appeared first on /Film.