The Handmaid’s Tale is almost back, and June (Elisabeth Moss) will continue her quest to burn Gilead to the ground for the horrors it has wrought. This season seems to be more about June coming to terms with the personal sacrifices she’s made for the larger cause, and you can see evidence of that in the brand new trailer below.

More than any other drama series, The Handmaid’s Tale positioned itself as the most important “resistance” show during the Trump administration, and like it or not, this show’s legacy will always be inextricably linked with what happened in this country during that time. I suppose one could try to separate it from that context and attempt to engage with the show on its own terms, but since art isn’t created in a vacuum, that’s probably a fool’s errand. So it’s essentially impossible not to read political allegories into the footage presented here. Even though Gilead is not as powerful as it once was, it can still do plenty of damage. When June says “we’re the ones we’ve been waiting for,” it seems like that’s addressing Democrats who were holding out hope for the Mueller investigation to save them, and trying to inspire them to get involved themselves instead of sitting back and waiting for a savior to fix everything. Term papers and dissertations will surely be written about all of the real-world connections here, so I won’t belabor the point.

Here’s the poster, which has Elisabeth Moss doing her best to strike a full-on Katniss Everdeen pose, complete with the red dress that burns away into flames: 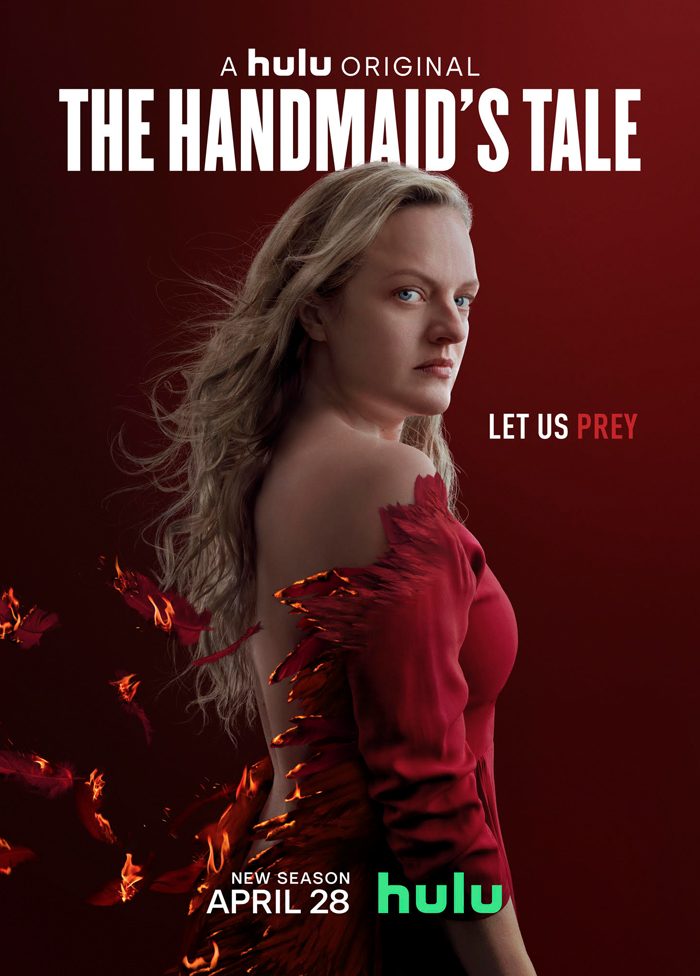 That’s a cool poster and the idea of that red uniform being burned off as June becomes more of a revolutionary works on a thematic level. But for me, the “let us prey” tagline is bordering on being a bit too cute for its own good, and if they’ve already reached this point and it’s only season 4, I shudder to think how far the marketing department might have to stretch if this show actually lasts into its tenth season like showrunner Bruce Miller has hinted in the past.

Here is the official synopsis for the upcoming season:

In the upcoming fourth season of The Handmaid’s Tale, June (Elisabeth Moss) strikes back against Gilead as a fierce rebel leader, but the risks she takes bring unexpected and dangerous new challenges. Her quest for justice and revenge threatens to consume her and destroy her most cherished relationships.

The Handmaid’s Tale season 4 debuts on Hulu with three episode on April 28, 2021.

The Mortal Kombat Reboot Will Push Its R Rating ‘To The Limit,’ According To The Director