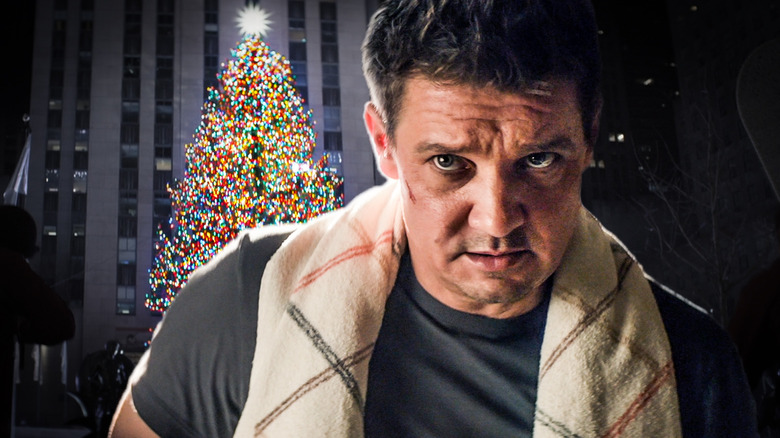 “Sleigh bells ring, are you listening? In the lane, explosions glistening. A beautiful sight, Bruce Willis in a gunfight. Walking in a winter wonderland.”

The Christmas action movie has become such a staple sub-genre that Marvel Studios is now devoting a whole six-episode series to it. As seen in the delightful first trailer that debuted last month, “Hawkeye” will feature Marvel’s least mighty Avenger — Clint Barton, aka Hawkeye (Jeremy Renner) — teaming up with upstart archer superhero Kate Bishop (Hailee Steinfeld) as they battle bad guys over the holidays in New York City.

Yes, Marvel has gone down this road before with the king of Christmas action, Shane Black, at the helm on “Iron Man 3.” But as Mr. Black has shown time and time again, it’s not only okay to set an action story on Christmas, it’s almost de rigueur at this point. Let’s take a look at why the Christmas setting for “Hawkeye” is so perfect, and some other prime examples of the most wonderful time of the year as backdrop for violent mayhem.

Why Christmas Is The Perfect Time For Hawkeye 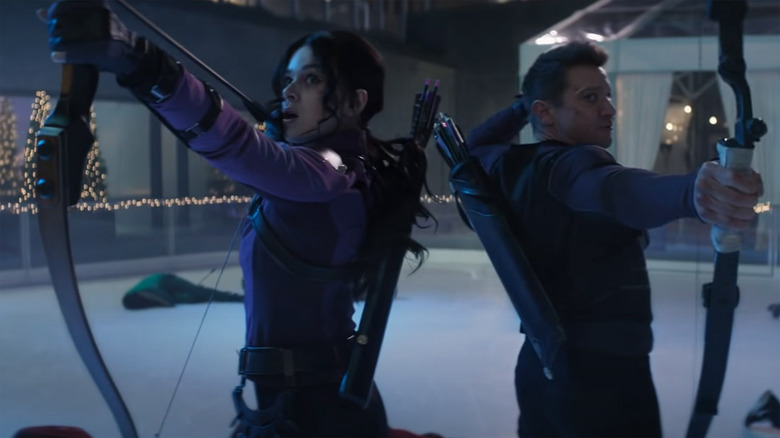 Clint Barton has always been the archetypal ’90s action hero within the Marvel Cinematic Universe. Like Bruce Willis’ John McClane, Hawkeye is only human — albeit very skilled at dispatching other humans. Witness the scene in Joss Whedon’s first “Avengers” movie from 2012, when Clint runs out of arrows during the big Battle of New York sequence. Once he’s out of arrows he knows he’s really not much help to the group anymore, so he ropes himself into a building through a plate glass window. When he lands on the carpet he’s clearly in a lot of pain, unlike Steve Rogers, who can survive a bomb blast intact.

By “Avengers: Age of Ultron” one of the big throughlines of the film is that Clint stands in contrast to the other Avengers in his lack of godly powers or mechanical enhancement. He’s just a man, but as his wife Laura Barton (Linda Cardellini) says, they need him, and that’s what’s scary. Earth’s Mightiest Heroes need a grounding element to not only strategize but to be a voice for the common man who is neither a Norse demi-god nor a whimsical tech genius billionaire.

The trailer for “Hawkeye” makes a point to show Clint bandaged and bruised, holding ice on his forehead after a big fight. It’s that same type of reality check that made the first few entries in the “Die Hard” franchise so enjoyable. When John McClane pulls glass out of his bleeding feet, he cries. After running through countless assaults, he needs an aspirin. We like our heroes to be human, and the Christmas setting in both “Die Hard” and “Hawkeye” touches us on the same innate human level. The spirit of that season is something we can all relate to, and that placidity makes a great counterpoint to an explosion. 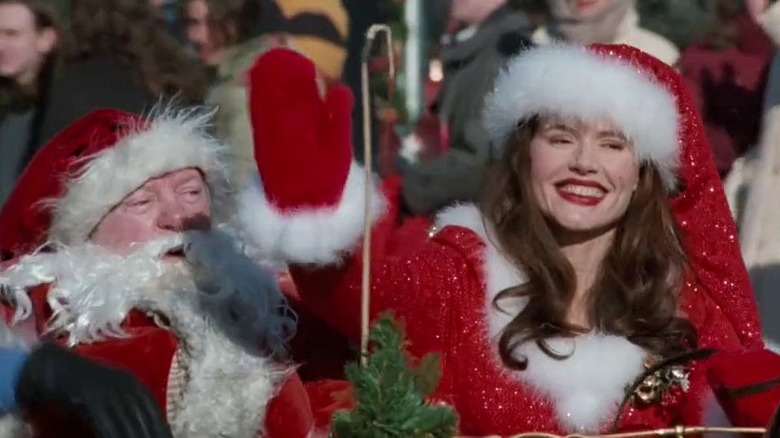 The undisputed master of blending action and the Christmas holiday season is screenwriter/director Shane Black. He first used this ploy in his 1987 script for “Lethal Weapon,” where loose cannon psycho police detective Martin Riggs is introduced while undercover at a drug deal on a Christmas tree lot. We then see Riggs in his trailer, holding a gun in his mouth while watching “Bugs Bunny’s Christmas Carol” on TV.

Black continued the trend many times after, including his unproduced 1988 script for John Carpenter’s “Shadow Company,” which was about deceased Vietnam soldiers who are resurrected around Christmas and begin murdering people in a small town. In 1991’s hard boiled detective yarn “The Last Boy Scout” — whose title was originally “Die Hard” before producer Joel Silver asked if he could have it for another Christmas-set movie — Bruce Willis’ young daughter (played by Danielle Harris) is caught drawing “Satan Claws,” an evil version of Santa holding a bloody severed head. The 1996 Renny Harlin film “The Long Kiss Goodnight” opens with amnesiac Samantha Caine (Geena Davis) hosting a Christmas party and playing Mrs. Claus in a small town parade.

When Black launched his own directorial career in style with the 2005 comedy-action-mystery “Kiss Kiss Bang Bang” (which Robert Downey Jr. considers to be his best movie) he drenched the entire film in Christmas regalia, including a party scene where Michelle Monaghan’s character has to dress in a kinky Santa outfit for a party. His next collaboration with Downey, “Iron Man 3,” re-introduced Tony Stark in present day tinkering with a new modular Iron Man suit in his lab while playing the Bombay Dub Orchestra Remix of Joe Williams’ “Jingle Bells.” There’s also a great scene where Tony gives Pepper Potts a ridiculously oversized bunny rabbit as a Christmas gift.

Black almost escaped 2016’s “The Nice Guys” without doing the Christmas schtick, but set the last scene during the LA version of the Holiday, a Salvation Army Santa ringing a bell outside a bar where Ryan Gosling’s daughter is hanging out with a candy cane as Kay Starr’s “(Everybody’s Waitin’ for) The Man with the Bag” plays. By the time he did 2018’s “The Predator” he was done with the whole Christmas thing, choosing to set the sequel during his other favorite holiday, Halloween. During an interview with IGN he talked about Christmas and why he gave it up as a gimmick:

“I have to stop doing it because it’s become obviously a gimmick that’s recognizable. It was sort of a little delicious secret between me and me that I just happened to have always found Christmas a great retrospective hush in which we all get a sense communally being in it together, being part of something larger, a context which we all inhabit. More than that it’s the perfect isolator in a way. It calls to mind the image of someone standing outside in the snow looking in through a window at the lighted warm people inside, people who are happy and people who aren’t him or her. Lonely people are lonelier at Christmas. Like I say, it’s done. You mentioned it, it’s done because it’s a gimmick now for me.”

More Solid Entries In The Category Of Christmas Action 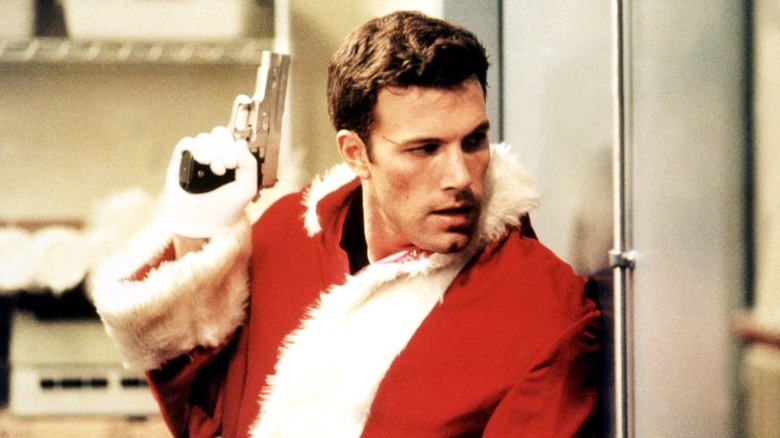 Besides Black’s oeuvre there are many other examples of the Christmas action movie, the most quintessential being the aforementioned “Die Hard” and its sequel “Die Hard 2: Die Harder.” Even in the “summer in the city”-set “Die Hard With a Vengeance” Bruce Willis manages to get a little bit of Christmas into a scene where he confronts a bad guy in a truck…

“Hey fellas! Mickey O’Brien, aquaduct security. Hey listen, we got a report of a guy coming through with err… eight reindeer. [empties his pistol into bad guy] Yeah, they said he was a jolly old fat guy with a snowy white beard, cute little red n’ white suit! I’m surprised you didn’t see him.”

Tim Burton’s wonderfully Tim Burton-y “Batman Returns” takes place throughout the Christmas season, with a major action piece set around the lighting of the tree in Gotham Square. It even ends with Bruce Wayne wishing Alfred a Merry Christmas, and “goodwill toward men… and women.”

Sylvester Stallone set two of his back-to-back ’80s classics during Christmas, “Rocky IV” (soon to be re-released in theaters) and “Cobra.” Other notable films include “Fatman,” “Enemy of the State,” the James Bond outing “On Her Majesty’s Secret Service,” “Ronin,” “Behind Enemy Lines,” “Invasion U.S.A.,” “Reindeer Games,” “In Bruges” and the amazing 70’s paranoid thriller “Three Days of the Condor,” which ends with a confrontation between Robert Redford and Cliff Robertson on the NYC streets as a Salvation Army Santa rings a bell and carolers sing “God Rest You Merry, Gentlemen.”

Read this next: The 14 Best Val Kilmer Movies Ranked

The post The Infinite Joys of the Christmas Action Movie appeared first on /Film.

Now Streaming: I KNOW WHAT YOU DID LAST SUMMER and ONE OF US IS LYING, YA Death and Suspicion