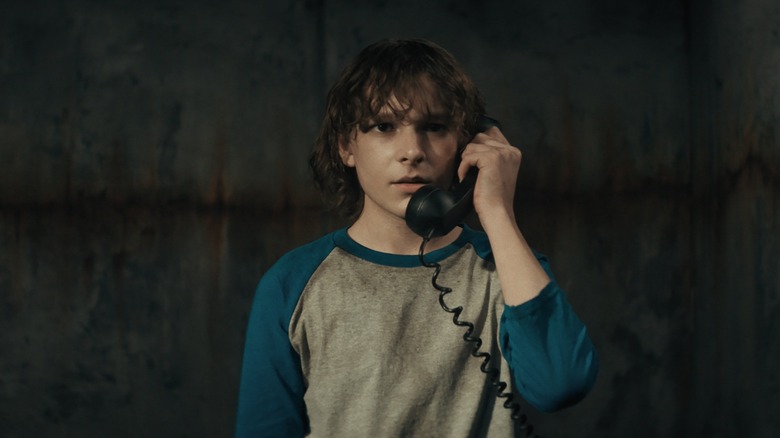 Scott Derrickson’s upcoming horror thriller, “The Black Phone,” is based on Joe Hill’s short story of the same name. Being the son of a legendary horror writer Stephen King surely lends solid inspiration to some of the stories Hill writes, and a key location in “The Black Phone” was inspired by an actual, super-creepybasement in his former family home.

/Film’s Jacob Hall asked Hill about how “The Black Phone” came about — a short story he had penned almost 20 years back — which led to a revelation about the “basic horror movie basement” that inspired the one in the story/film:

“So I grew up in Bangor, Maine, and my family lived in a beautiful old Victorian, and the basement was a maze. It was dirt floor, and it was a maze of twisty cement corridors and low-hanging pipes and cobwebs and antiques. Your basic horror movie basement, you know? And there was, in one part of the basement, there was an antique phone which was not connected to anything, and that phone waited for me to get old enough to write a story about it.”

This basement does sound like one that would absolutely be featured in a Stephen King horror novel, and the image of the cordless phone had a lasting impression on Hill, eventually making its way to a key aspect of the narrative in “The Black Phone.”

Life Imitates Art (And The Other Way Round) 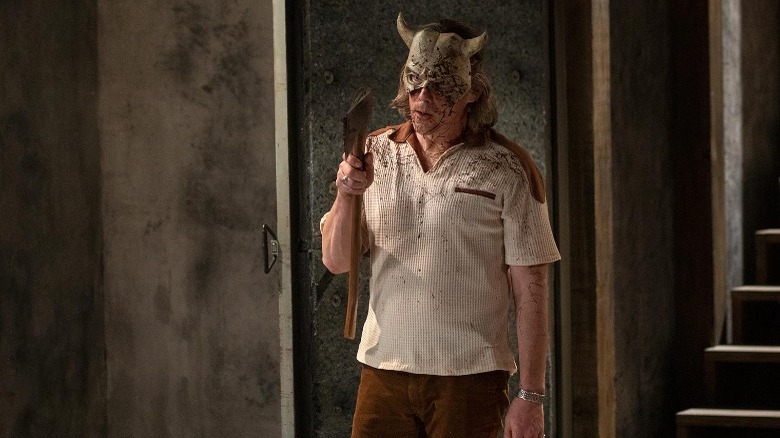 Hill has written many notable short stories and novels over the course of his career, including “Horns” (which inspired an adaptation starring Daniel Radcliffe) and “Heart-Shaped Box.” Hill collaborated with his father while penning his short story collection “Full Throttle,” and has previously talked about picking up certain narrative strategies from King, especially when it comes to revelations about evil.

Hill being inspired by an actual, creepy basement in his family home is great synchronicity in terms of fiction being inspired by reality and vice versa, as King himself has similarly been inspired by real-life events that led to fully-fleshed ideas for classic horror novels. For instance, King’s critically acclaimed “It” was inspired by a random bridge he happened to discover during a car mishap, and Pennywise’s sewer haunt spot was actually inspired by the local sewer system in Bangor.

As the basement memory essentially trickled into his short story, an important element as the lair is that of the killer, and the phone is a tool for abducted kid Finney to potentially escape, Hill expanded upon his experience of writing the short story:

“I wrote the story The Black Phone…for The Third Alternative magazine. When I wrote it, I could feel it struggling to become a novel. I could see a whole novel layer with Finney, our hero Finney wrestling with his predicament, locked in this basement stained with the blood of The Grabber’s other victims, and I could see the conversations he would have with the dead children on the phone.”

Talking to dead children is terrifying within any context, but Finney’s unique predicament surely does help elevate the stakes of “The Black Phone.” 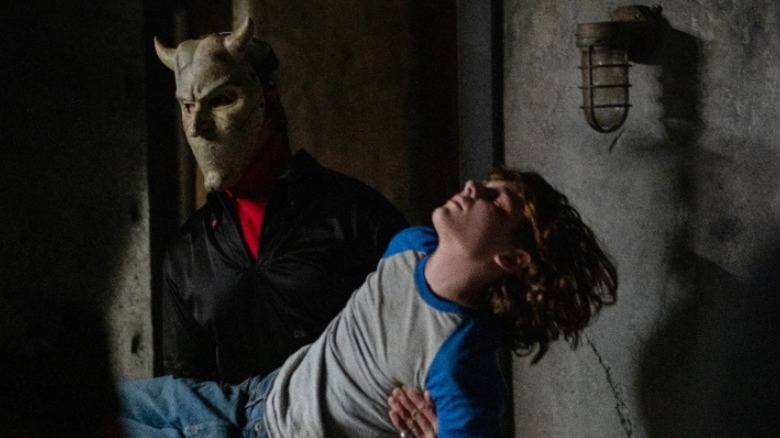 Hill’s “The Black Phone” obviously had immense potential for a horror movie adaptation, which is essentially what Derrickson and screenwriter C. Robert Cargill did, while expanding the scope of the tale into a full-length feature. Hill told /Film that Derrickson managed to weave a “deeply autobiographical thread” about the 1970s Midwest, adding another layer of latent terror to an already disturbing story:

“So they [Derrickson and Cargill] wrote the screenplay together and executed it brilliantly, I think. Scott Derrickson wove this deeply autobiographical thread about life in the 1970s in the Midwest and what that was like, what that felt like, and it’s honest. It’s very emotionally accurate. It’s truthful and somewhat painful, and I think that gives the film a lot of its power as well, the truthfulness of it.”

Hill also talked about the “escape room” aspect of the film, which adds to the anxiety of whether Finney will make it out alive, with the aid of the dead children who talk to him via the disconnected phone on the wall. It is a powerful tale of a survivor taking back agency from the perpetrator, and it’s pretty cool that Hill took solid inspiration from King’s horror-movie-like basement and spun a grim, compelling story.

The post The Inspiration for The Black Phone Comes From Stephen King’s Real-Life Creepy Basement appeared first on /Film.

‘Slash Film: Hustle Had To Find A Brand-New Way To Get Basketball On Film’