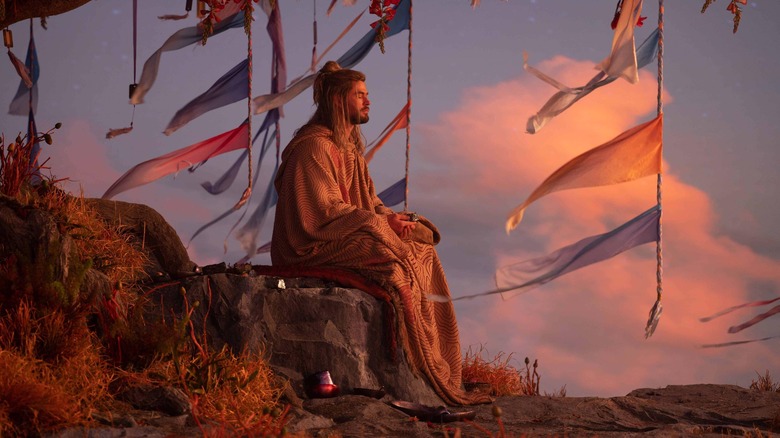 Director Taika Waititi delivered one of the most unique and widely acclaimed Marvel Cinematic Universe films to date with 2017’s “Thor: Ragnarok.” Now, the filmmaker is back with a sequel in the form of this summer’s much-anticipated “Thor: Love and Thunder.” As the title implies, love is going to be a big part of the movie, and as it turns out, that was actually the toughest part to nail down when it came to the story.

Waititi spoke about the film as part of the Empire summer preview issue, which is on sale now. During the conversation, the “Jojo Rabbit” director explained that, “Thematically, it’s where I’ve always wanted it to be. I want to make a film about love, with superheroes and outer space. Those are the things I want. And that’s pretty much what it is.” The recently released teaser trailer certainly seems to speak to that. Speaking further, Waititi explained why the “love” bit was complicated for him.

“I’ve shied away from this idea of romance [before]. I love ‘Wuthering Heights’ and how big that love story is, and how operatic it is. They’re f****** declaring, ‘I am Heathcliff, and Heathcliff is me.’ We’re nowhere near as big as that, but it’s about love and about people who want to love and what love means to people. Coming from New Zealand, we’re a bunch of cynics. Whenever someone talks about love, we laugh at them. So I wanted to embrace this thing that I was always a bit dismissive of, and explore this idea of love, and show characters who do believe in love. On paper, it feels kind of cringy to me, but there’s a way of doing it with cool characters making a cool movie, and also having a thing that no fan ever wants in a superhero movie, which is people talking about love, and characters kissing.”

Jane Foster Was The Key 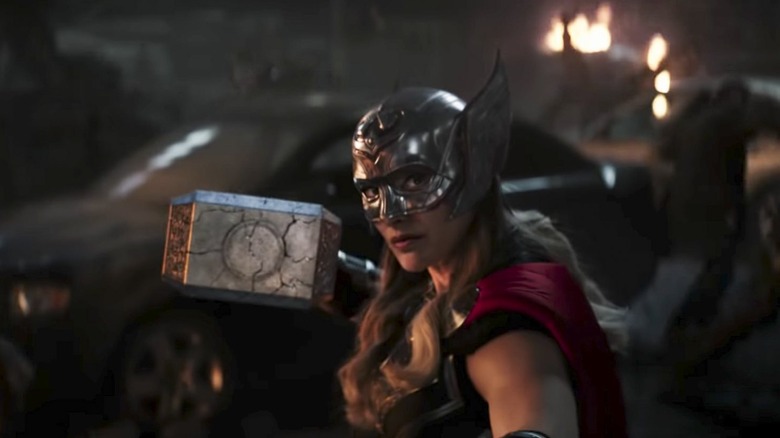 There are several key relationships at the center of this whole thing. For one, Thor is going through a mid-life crisis and there is perhaps an element of seeking love to go along with that. We also have Tessa Thompson’s Valkyrie as the new king of Asgard who will probably be looking for a queen to rule by her side. Most importantly, there is Natalie Portman’s return as Jane Foster, who will be taking up the mantle of The Mighty Thor this time around. Thor’s old flame will be back, and that is sure to stir up some feelings. Waititi also explained that deciding to include this particular storyline helped guide the movie.

“I didn’t know we were going to use the storyline of the Mighty Thor character until we started working out the actual story. I was writing and it was like, ‘Wouldn’t it be kind of cool to bring Jane back into the storyline?'”

The cast also includes Christian Bale (“The Dark Knight”) as the villain Gorr the God Butcher, who we’ve yet to see in the flesh just yet. That is likely going to be reserved for the full-length trailer, which we can probably expect in a few weeks.

The post The ‘Love’ Part of Thor: Love and Thunder Was Taika Waititi’s Biggest Challenge appeared first on /Film.