The second season of The Mandalorian begins on October 30. But before new episodes arrive, Disney and Lucasfilm will kick off Mandalorian mania with a new global consumer products, games and publishing program called Mando Mondays. Is it a crass commercial opportunity to sell merchandise tied to every episode of the second season of the Star Wars series? You bet it is. Are we still excited about it no matter how embarrassing that might be? Absolutely. Get details on Mando Mondays below.

Disney and Lucasfilm sent out a press release announcing the forthcoming arrival of Mando Mondays, beginning on October 26, just a few days before the first episode of The Mandalorian season 2 hits Disney+ on Friday, October 30.

Following every new episode that debuts on Fridays, fans can check out the official Mando Mondays website to check out a new wave of toys, collectibles, apparel, books, comics, digital content and more tied to the episode they just watched. This promotion will run through December 21, giving us nine weeks of The Mandalorian merchandise, which likely means the season finale will be on the previous Friday, December 18.

To usher in the forthcoming arrival of Mando Mondays, a series of products have been revealed that will be available for pre-order starting today at 4:00 P.M. ET / 1:00 P.M. PT. We’ve featured some of the new toys and collectibles below, along with links to pre-order them when the time comes. 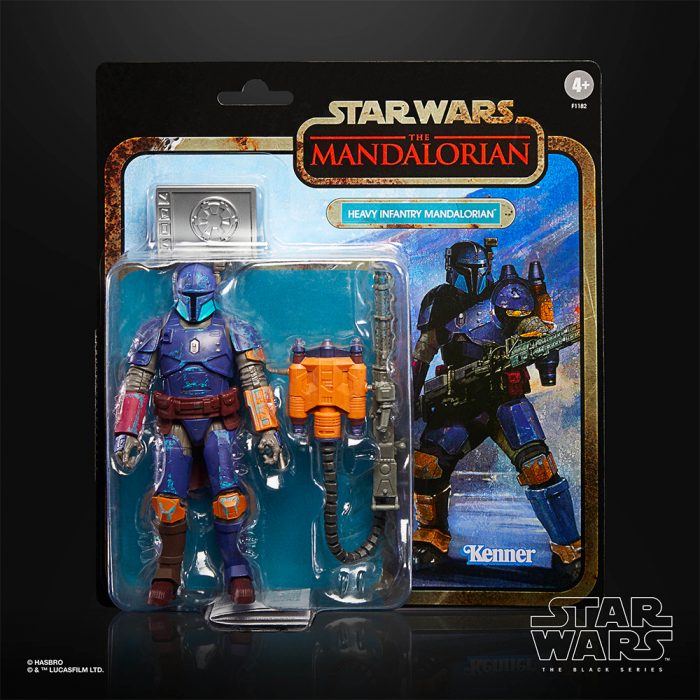 Unlike the Star Wars saga at large, there’s a limited roster of characters for The Mandalorian to turn into action figures. That’s probably why they’re double dipping with these alternate paint variants inspired by the concept art shown at the end of every episode. Plus, each figure comes with a different collectible Imperial Credit accessory. 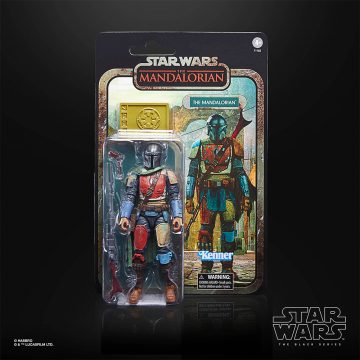 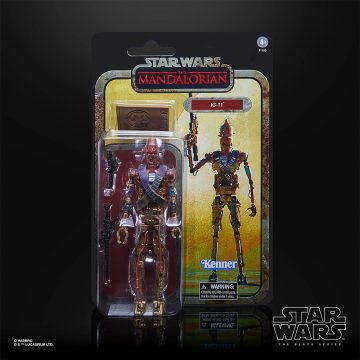 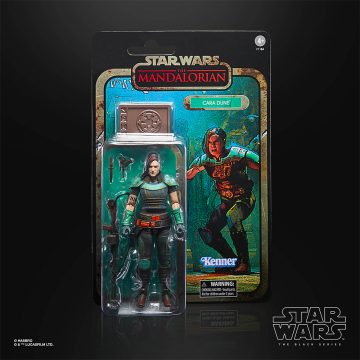 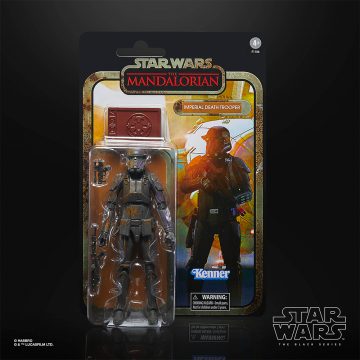 Figures like Cara Dune and the Deathtrooper are given a weathered look with these alternate variants while figures for Mando, IG-11 and the Heavy Infantry Mandalorian look a little more stylized with vibrant colors that pop more in the concept art and don’t appear so richly in the series itself.

Here are the pre-order links for the figures (which won’t be live until later), which are exclusives at various retailers: 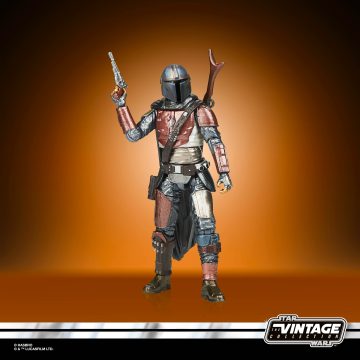 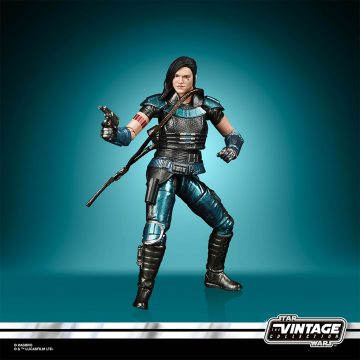 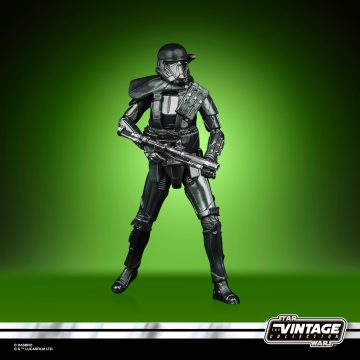 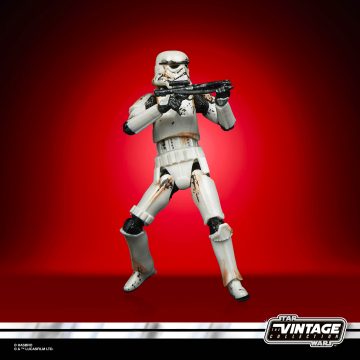 Another variety of The Mandalorian figures getting alternate paint jobs takes the Carbonized Collection over to the smaller Vintage Collection figures, the more detailed and articulated 3.75-inch action figure line. These take previously released figures and give them a metallic paint job that will probably satisfy collectors more than kids wanting to play with the toys.

Honestly, I don’t understand the appeal of a carbonized Cara Dune where even her hair and skin appears to be given a metallic shimmer. But the paint job looks cool on armored figures such as The Mandalorian and the Death Trooper. Meanwhile, it’s hard to tell that the regular Imperial Stormtrooper has been given a metallic makeover on the white armor, but at least the sand and dirt scuffs look cool.

Here are the links to pre-order each of the figures, all available as Walmart exclusives: 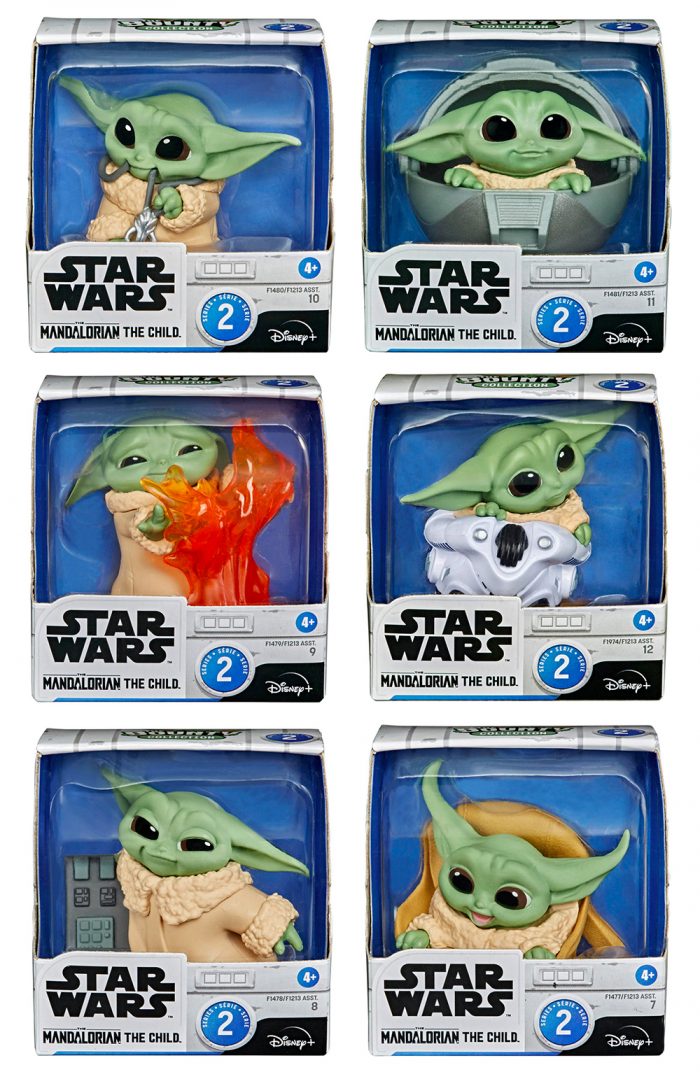 Hasbro is releasing a second wave of the stylized minifigures of The Child from The Mandalorian, featuring the little character in various poses inspired by the first season. This wave of figures includes him inside of his eggshell container, holding the Mandalorian necklace, sitting in a Stormtrooper helmet, stopping fire with the Force, riding in a Speeder Bike, and touching Mando’s ship control buttons. These figures stand 2.25 inches tall and come in two-packs that will be available at most major retailers.

Here are some pre-order links for each of the two-packs across Target, Amazon, and Walmart: 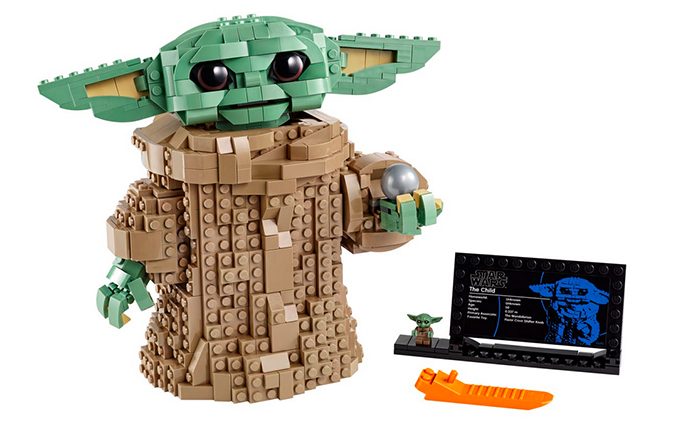 If you still don’t have enough of The Child, maybe you’d like to build him yourself as this new LEGO set, complete with posable head, ears and mouth for different expressions, plus the Child’s favorite toy – a gearshift knob. Plus, there’s a little name plate that comes with him, and also a regular LEGO minifigure version of The Child too.

The LEGO set will cost you $79.99 and can be pre-ordered later today, but won’t be available until October 30. 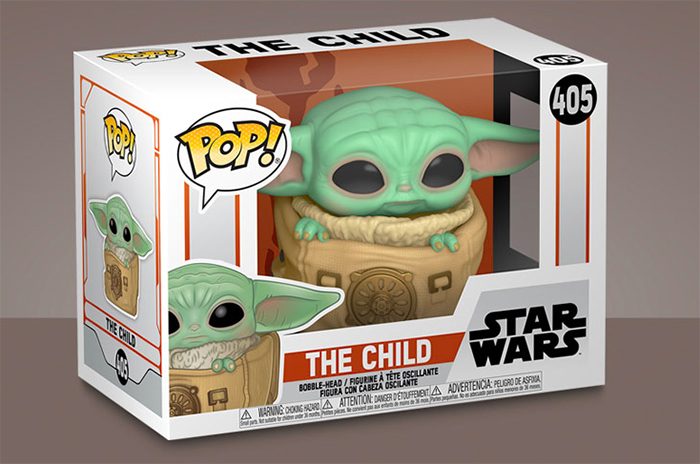 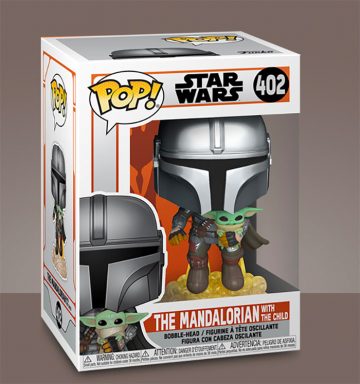 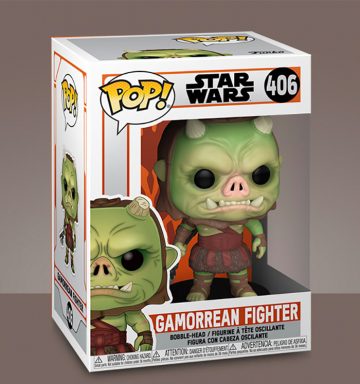 It wouldn’t be a Star Wars merchandise day without a set of new Funko POPs. This time, we’re getting a new version of The Mandalorian, but he’s an giant, chrome, 10-inch tall Funko POP blasting off with his jetpack while holding on to The Child. There’s also a new version of The Child on his own, adorably sitting inside a tiny satchel. And finally, the Gamorrean Fighter that was glimpsed in the recently released trailer for the second season is also joining the fray. Surely there will be plenty more to come as the second season continues.

Here are the links to each of The Mandalorian Funko POPs coming later today on Amazon: 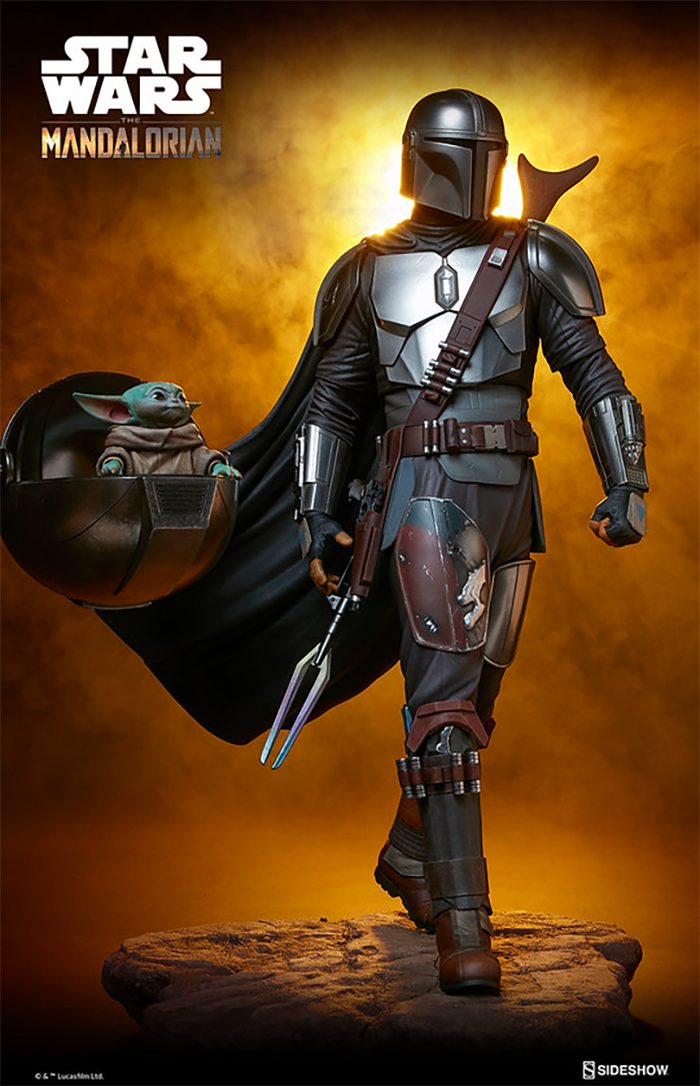 Finally, on the more expensive side of collectibles, we have a new Premium Format Figure from Sideshow Collectibles of The Mandalorian strutting as The Child floats in his pram next to him. Here’s the official product description from Sideshow:

The polystone Mandalorian Premium Format Figure measures 20″ tall and is a detailed, dynamic, fully sculpted depiction of this renowned bounty hunter inspired by an iconic shot from the first season of the streaming series. Standing alongside The Child’s signature hovering pram, the Mandalorian braves the dangerous galaxy to protect what was once his prey. His silver armor reflects the hard work and weathering it took to acquire enough beskar to create each piece, complete with his mudhorn signet, the symbol given to him by the Armorer in accordance with Mandalore tradition. Equipped with his bounty hunting tools of the trade, The Mandalorian proves himself to be one of the galaxy’s most skilled and fearsome warriors.

You can pre-order The Mandalorian Premium Format Figure from Sideshow Collectibles over here for $630.00

For the rest of the Mando Mondays reveals, head over to StarWars.com for images, details and more.

The post ‘The Mandalorian’ Will Have Weekly Merchandise Reveals with “Mando Mondays” Starting in October appeared first on /Film.

Action may not always bring happiness; but there is no happiness without action.