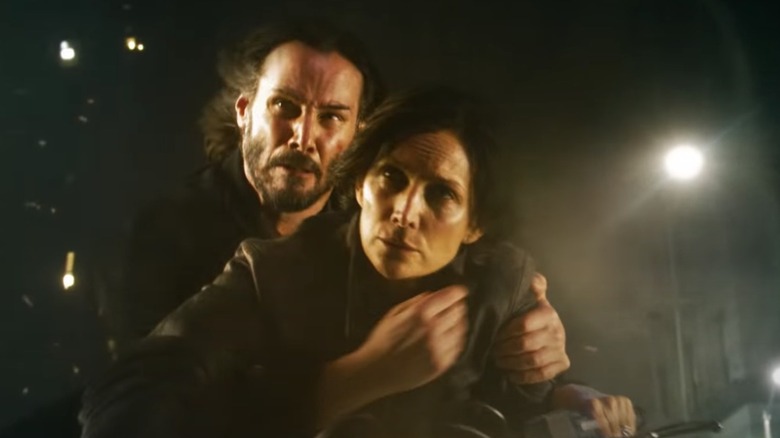 Everything we’ve seen from “The Matrix Resurrections” so far, as little as it is, has me completely ready for whatever filmmaker Lana Wachowski is set to throw our way. This sequel looks to be nothing like what fans could’ve ever expected or predicted from a legacy sequel to the original “The Matrix,” which is exactly how a fourth film in this franchise should be. That includes bringing back Keanu Reeves’ Neo and Carrie-Anne Moss’ Trinity who, if you remember from “Revolutions,” both sacrificed their lives during the final fight against the Machines. Lana Wachowski doesn’t give away any spoilers here for how she’s apparently brought them back from the dead, but her creative reasons for doing so are as heartfelt as it gets. 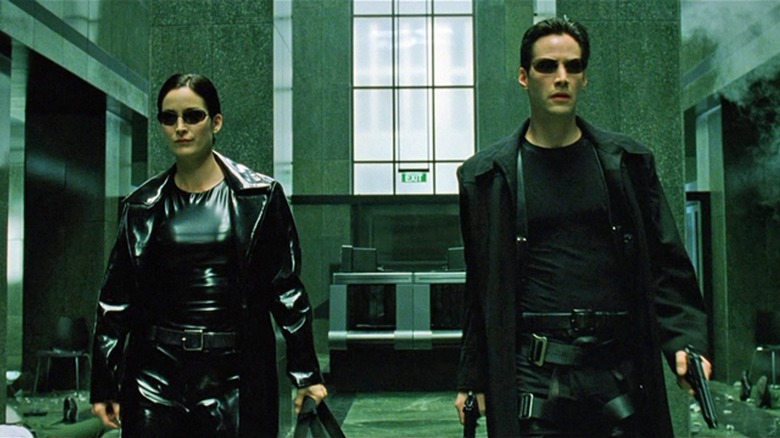 Getting a fourth “Matrix” film was never a sure thing in the first place, with Lilly Wachowski (who isn’t returning for “Resurrections”) once going so far to call the prospects of another sequel as a “particularly repelling idea in these times.” Lilly has recently opened up in even further detail on why going “backwards” with “Resurrections” was never all that appealing to her, understandably evoking the loss of the sisters’ parents as one of many reasons why. Meanwhile, Lana has forged ahead with “Resurrections” to the delight of countless fans. Her reasons for doing so are just as personal and inarguable as Lilly’s motivations for staying away, though it’s healthy to be reminded that different people — even siblings! — can process grief in completely different ways.

That brings us to why Neo and Trinity are back in action, aside from the obvious reason that the two characters are as synonymous with “The Matrix” as the Wachowskis themselves. In a screenwriting panel for the International Literature Festival Berlin (via Screen Rant), Lana gave a thorough and intimate explanation as to how the loss of her parents influenced her decision to bring back Neo and Trinity for “Resurrections.”

“My dad died, then this friend died, then my mom died. I didn’t really know how to process that kind of grief. I hadn’t experienced it that closely … You know their lives are going to end and yet it was still really hard. My brain has always reached into my imagination and one night, I was crying and I couldn’t sleep, and my brain exploded this whole story. And I couldn’t have my mom and dad, yet suddenly I had Neo and Trinity, arguably the two most important characters in my life. It was immediately comforting to have these two characters alive again, and it’s super simple. You can look at it and say: ‘ok, these two people die and ok, bring these two people back to life and oh, doesn’t that feel good.’ Yeah, it did! It’s simple, and this is what art does and that’s what stories do, they comfort us.”

While I naturally tend to be skeptical about indulgent and pandering instincts in art, this feels like something else altogether. The way she explains it, Lana Wachowski appears to have used the blank canvas of another “Matrix” sequel to help come to terms with the significant personal loss she has experienced in recent years. Whenever snobby people like myself rail against impersonal and emotionally distant blockbusters, this is the type of filmmaking I have in mind as a counterexample. With more and more people coming around to the idea that “The Matrix” serves as a deeply personal statement for both Wachowski sisters, it couldn’t feel more fitting that “Resurrections” would continue that theme.

“The Matrix Resurrections” arrives in theaters and on HBO Max on December 22, 2021.

Read this next: The Matrix Resurrections Looks As Wild As The Sequels…Which Are Actually Good, Sorry

The post The Matrix Resurrections Director Reveals Why She Resurrected Neo and Trinity in the Sequel appeared first on /Film.