A barren Earth, a man in isolation facing the end of mankind: sounds a little less like an apocalyptic sci-fi drama and more like reality. But hey, back when George Clooney shot The Midnight Sky, the world hadn’t yet fallen to pieces. The Oscar winner wrapped his sci-fi space drama , which follows a space crew returning to Earth only to find one living survivor (Clooney), back in February — just before the pandemic hit.

“There wasn’t the pandemic, and we hadn’t set the whole West Coast on fire,” Clooney told Vanity Fair, which debuted the first images from The Midnight Sky, coming this winter to Netflix. “I mean, the picture we show of Earth [in the movie] doesn’t look that much different than the satellite pictures of the West Coast right now.” 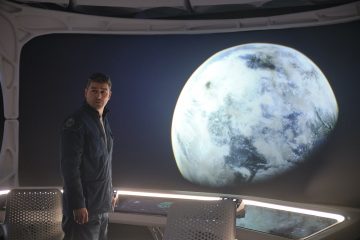 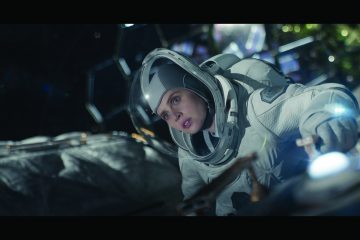 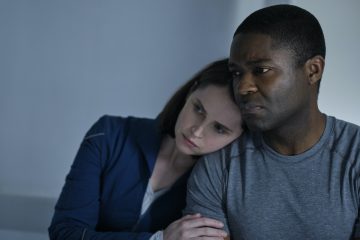 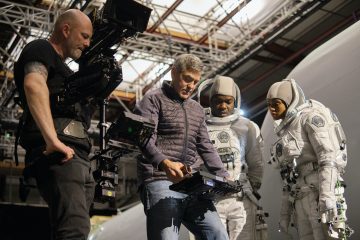 Vanity Fair debuted the first images for The Midnight Sky, directed by and starring Clooney, based on the novel Good Morning, Midnight by Lily Brooks-Dalton. The film, as in the novel, follows “the crew of the NASA starship Aether is returning home after exploring a newly discovered moon of Jupiter, which turns out to have a breathable atmosphere and a habitable climate. But as they emerge from a communications blackout they find that the discovery of a potential new home for human beings has been overshadowed by the death of the old one,” per Vanity Fair.

Clooney, in his first onscreen role in four years, plays Augustine Lofthouse, a scientist dying from cancer at a remote arctic research station, who thinks he may be the last man on Earth. But he soon finds himself responsible for a child named Iris (Caoilinn Springall), who hid herself away during the outpost’s evacuation. The only other group of human survivors is the crew of the Aether, which includes mission specialist Sully (Felicity Jones),  David Oyelowo’s flight commander Adewole, flight engineer Maya (Tiffany Boone), Kyle Chandler’s pilot Mitchell, and Demián Bichir’s aerodynamicist Sanchez, who set a return course for Earth unaware of its fate.

The film follows Augustine and Iris as they venture through the toxic arctic landscape to try to reach and save the crew of the Aether. It’s a plot that Clooney describes as “half of it’s Gravity, and the other half of it’s The Revenant.”

The first comparison is fitting, as Clooney starred as a stranded astronaut in Alfonso Cuarón’s 2015, and the second is also fitting as the screenplay is by Mark L. Smith, who cowrote The Revenant. The survival story meets space drama sounds like an intriguing pitch, though the apocalyptic nature of the film may not be what everyone wants to see right now.

But Clooney assures that the film is more hopeful than it appears, telling Vanity Fair, “I wanted it to be about redemption in a way. I wanted there to be some hopefulness in a fairly bleak story about the end of mankind.”