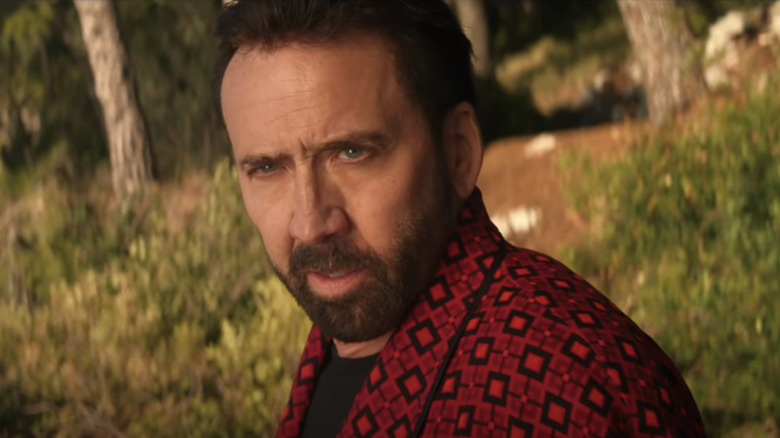 In this edition, the co-writer and director of “The Unbearable Weight of Massive Talent” breaks down just how Nicolas Cage was able to successfully parody himself and his most memorable performances. Plus, there are plenty of Easter eggs to uncover in “Star Trek: Picard” season 2. And finally, the Babish Culinary Universe is back with instructions on how to make that delicious looking vegan lentil soup Arthur Harrow recommends in “Moon Knight.”

“Stanislavski, is he part of the resistance?!” Pedro Pascal’s billionaire Cage super-fan Javi Gutierrez wants nothing more than to have the chance to “act” alongside his movie hero. In this video from The New York Times‘ “Anatomy of a Scene,” series, director and co-writer Tom Gormican breaks down the part of “The Unbearable Weight of Massive Talent” when Nicolas Cage realizes that his appearance at Javi’s birthday party is more than just a paid celebrity gig. Gormican discusses how Pascal had to act like a “bad actor” as Javi is not an actor, allowing Nicolas Cage to find the appropriate response in this frustrating moment. Are they actually in danger or is this an acting exercise? Once Cage realizes that it’s Javi wanting to play and the only way out of the situation is by playing along, Cage snaps into Cameron Poe character mode from “Con-Air,” and we’re off to the meta-movie races.

All The Picard Easter Eggs You May Have Missed

If you’ve got 20 minutes and aren’t ready to say goodbye to season 2 of “Star Trek: Picard” just yet, ScreenCrush has got you covered. They’ve got another Easter egg hunt, tackling all of the winks, nods, and reference found in the second season of “Picard.” The first episode has its own individual episode, but this video dives deep to find all of the hidden goodies in the rest of the season.

We’ve got quoting lines from previous “Trek” properties, storefronts seen in multiple “Trek” series and films, and even allowing moments from “Star Trek: The Next Generation” to come full circle all appear throughout the season. “Star Trek: Picard” can stand on its own as a season, but the time and consideration taken to inject “Trek” lore throughout makes the show an even better watch for die-hard Trekkies everywhere. The end of the Easter egg video comes with some predictions for next season as well as a plea for a “Captain Worf” spin-off series.

Sharpen your knives and start boiling your stock, because Brad of the Babish Culinary Universe is back with a new vegan recipe as a crossover for his new series, “Soy Boys.” Arthur Harrow recommends a lentil soup in one of the episodes of “Moon Knight,” and Brad felt compelled to tackle the meal once he realized it was vegan. The soup uses a sofrito base, given that Arthur mentions the recipe comes from Victor, who is from the Yucatan Peninsula, giving the soup a Mexican influence. Lentils are such a versatile legume, and Brad’s video also includes an alternative recipe turning the lentil soup into more of a sopa de lima. Thanks to the step-by-step visual instructions, you too can have your own delicious vegan lentil soup, hopefully without a side of world-ending villainy.