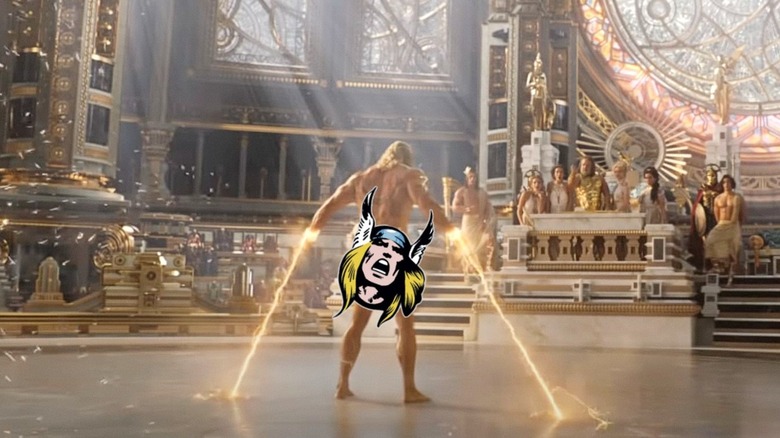 First, Marvel gave us a sex scene in “Eternals.” Next, they had an uncharacteristic amount of gruesome deaths in “Doctor Strange in the Multiverse of Madness.” Now, they’re pushing another boundary: nudity.

That’s right; Marvel Studios will be releasing its first movie to be rated PG-13 by the MPAA for “partial nudity.” The title in question is the upcoming “Thor: Love and Thunder,” which will also contain the usual violence, language, and “suggestive material” (via Film Ratings). Won’t someone think of the children!

Taika Waititi’s latest venture into the Marvel Cinematic Universe had already teased that such a scene would be coming, as its latest trailer showed a brief shot of a naked Thor (Chris Hemsworth) being restrained, though the shot in question was intentionally blurred for the trailer. It is also the most replayed part of the trailer on YouTube. Did you need to know that? Probably not, but now you do. 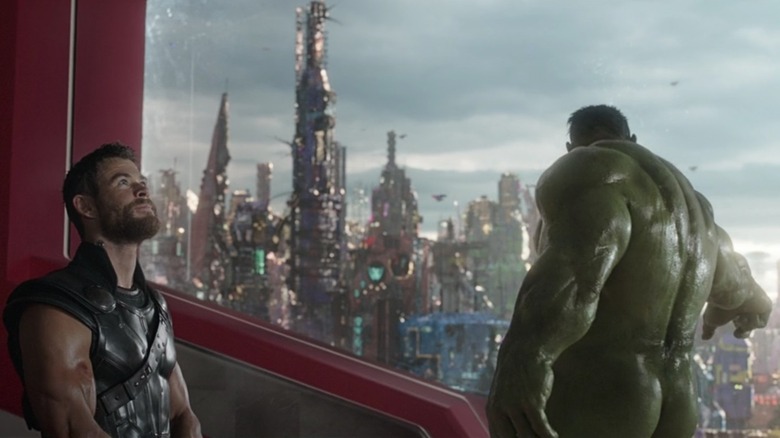 While it’s fun seeing Marvel movies lean into more “adult” plot details as Phase Four continues, there is a problem with this rating that cannot be overlooked. Despite “Thor: Love and Thunder” being the first MCU movie to officially be handed a “partial nudity” rating explanation by the MPAA, it’s not the first to show an Avenger sans clothes.

That honor goes to Waititi’s first Thor movie, “Thor: Ragnarok.” As one might recall, Thor met up with Hulk (Mark Ruffalo) after finding himself on Sakaar, with the green goliath now being a respected and feared fighter in the Contest of Champions. While Thor is trying to convince the Hulk to turn back into Bruce Banner, we get the first actual shot of nudity in the MCU with the Hulk’s buttcrack clearly in view. (Thor himself gets an up-close look at the front view of naked Hulk, commenting, “That’s in my brain now.”)

Look, you can fight this and say that it doesn’t count because it’s not a complete shot of Hulk’s butt. However, you are wrong if you think this, I don’t care. You clearly see enough of Hulk’s butt for it to be extremely clear that it is on screen. That should count for something, but apparently, the MPAA does not consider Hulk butt to be a real butt — which is, frankly, a disgrace.

Well, at least Waititi is consistent. “Thor: Love and Thunder” will storm into theaters on July 8, 2022.

The post The MPAA Rating for Thor: Love and Thunder Features a Marvel First appeared first on /Film.

‘Slash Film: How Interstellar Ruined A Black Hole Remake From The Director Of Top Gun: Maverick’