The New Mutants has been kicking around 20th Century Fox (and now Walt Disney Pictures) for years now, and even though it’s been delayed over and over again, it’s finally coming to theaters next week. Seriously.

To usher in the forthcoming theatrical release, The New Mutants has debuted a new cast featurette introducing the mutant characters of the X-Men spin-off. Plus, there are two new posters that continue to give off the horror vibe of the movie, and advance tickets have officially gone on sale for whichever theaters will be playing The New Mutants on the big screen.

In the video, Maisie Williams (Game of Thrones), Anya Taylor-Joy (Glass), Charlie Heaton (Stranger Things), Blu Hunt (The Originals), and Henry Zaga (13 Reasons Why) all introduce their characters in just one minute, while also providing a basic overview of the story and showing off some new footage.

Along with this new featurette, here are two new posters for the movie from Dolby Cinema and Cinemark XD: 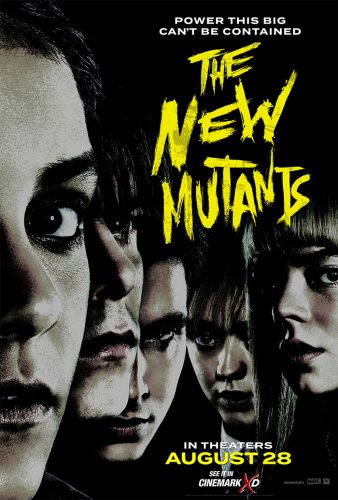 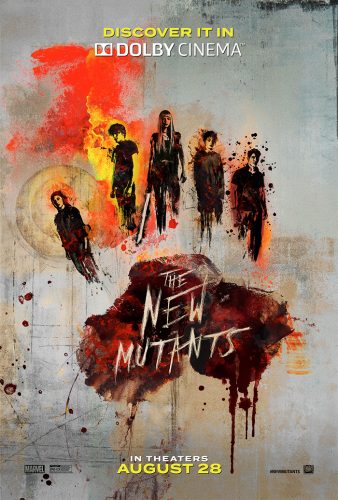 It’s kind of surreal that this movie is still coming to theaters in the middle of a pandemic. But maybe since Mulan is going straight to Disney+ in many territories – and that doesn’t seem like a viable option for Disney due to previous agreements made between 20th Century Fox and HBO – the studio is just trying to salvage what they can out of this debacle.

The New Mutants will be arriving in theaters on August 28, 2020, but you’ll have to check your local theater websites and online ticket providers to find out exactly where you can see it. Thankfully, Fandango is making this a bit easier. The online movie ticket provider is providing all the tools you’ll need to figure out which theaters will have The New Mutants and what their reopening policies will be. Fandango said in a press release:

“As not all venues across the country are open, Fandango has worked with theaters to create a one-stop resource guide where fans can check the status of their local screens and find information the theaters have provided for a comfortable return to the movies.”

If you go to Fandango’s website or use their mobile app, you will find “social distance seating maps, a one-stop guide to safety policies provided by more than one hundred theater chains, a special search filter to find reopened theaters by location, and more.” So if you’re heading out to theaters in the next couple weeks, good luck.

The post ‘The New Mutants’ Tickets Go on Sale; Watch a New Video Introducing the Cast of the Latest X-Men Movie appeared first on /Film.

You’re never a loser until you quit trying.