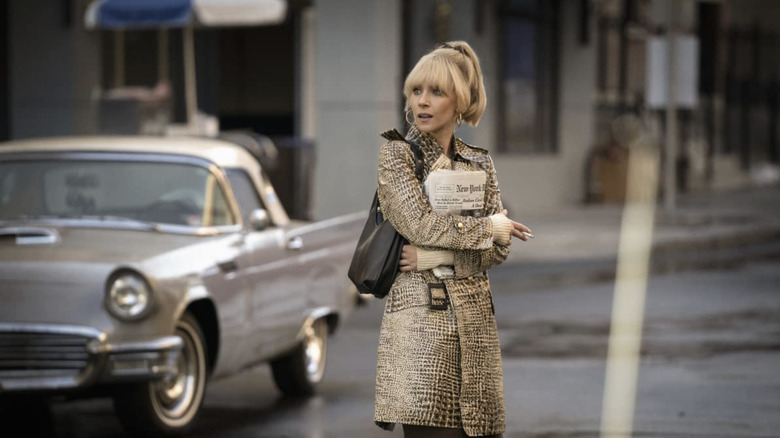 Betty McCartt (Juno Temple) is the unsung hero behind “The Godfather.” She worked as producer Al Ruddy’s (Miles Teller) assistant, but in reality, she was more of an uncredited producer behind Francis Ford Coppola’s iconic gangster film. She was making deals happen, fixing problems, putting talent at ease, and helping to steer the ship whenever it was about to crash. And a depicted by the new miniseries, “The Offer,” Coppola’s film was almost always on a crash course.

McCartt began her career as a publicist for 20th Century Fox. Not long after that, she got the job as producer Al Ruddy’s assistant. From the beginning until the end of “The Godfather,” she’s integral to making the film happen. For Nikki Toscano, the showrunner behind the new behind-the-scenes of “The Godfather” series “The Offer,” it was important to her to tell McCartt’s story, which isn’t a story everyone knows. Recently, Toscano talked to us about depicting the unsung hero behind “The Godfather,” taking swings, and Matthew Goode as former Paramount president Robert Evans.

‘She Was Such A Fun Character To Write’ 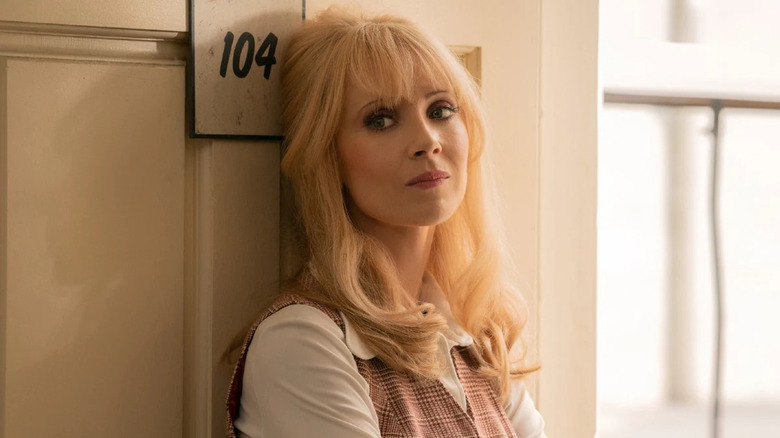 It’s surreal watching Matthew Goode as Robert Evans, just how close he gets to him and his voice.

The first day that he showed up on set and I heard that voice, all I could think of was Robert Evans’ voice from “The Kid Stays in the Picture,” because I didn’t know Evans personally, so that’s my frame of reference. We were just blown away. It’s pretty remarkable. It’s pretty crazy, right?

It is. “Hunters” was your first showrunning experience, right?

What did you learn from that experience you brought to “The Offer?”

I think first and foremost, how you handle your set and the way that you treat your crew. I think that on “Hunters,” it was very important to me and David Wile to make sure that everybody felt that they were part of an experience, like a true collaboration and that everybody was honoring the work of everybody else. There was a strict no assh*le policy on set, which allows people to feel a comfort level of messing up, and on the other hand swinging. And only when you truly swing, much like Matthew Goode did as Robert Evans, can you attain this sort of higher level of quality.

Russell [Rothberg]’s my partner in crime on this. He was another executive producer on the project. I think it was about fostering an environment that allowed everybody to swing at all times because we had this incredible weight, incredible responsibility to honor the making of this, one of the best films ever made that it was. It’s something that I’ll carry on every showrunning job I ever have.

Was that a big weight on your shoulders, the idea of making a show about one of the greatest movies of all time? Or were you trying to simplify it by looking at it as, “Well, this is also just a show about people just trying to achieve a vision?”

I think it was a combination of both. I think I’d be lying if I’m saying it wasn’t a little bit daunting to be attacking particularly “The Godfather,” because I do believe that it’s, universally, one of everybody’s favorite movies. I think that once we realized the specificity of the story that we were telling and Al Ruddy’s journey, this outsider underdog who is not only battling the studio system, but battling the real-life mafia as well, it had these inherent life and death stakes baked in to what was more than just a behind-the-scenes look. The behind-the-scenes, in itself, is compelling. But I think with that added element, it really allowed us to have wings in the writers’ room to do something pretty unique and special.

“The Godfather” is a universally beloved movie, but it’s probably not universally known that Betty McCartt was the unsung hero behind it. Where’d you get most of the information about her?

Only Al’s stories. There isn’t a whole lot on the Internet. When we were talking about Betty McCartt, we knew that she was going to be a very important character. We had been given bits and pieces of information from Al Ruddy. Like, we knew that she was like a no-nonsense broad. We knew that she had direct access to [Gulf and Western magnate] Charlie Bludhorn.

We were trying to think about it, taking this woman that we had all of these details about, and then drop her into a world where she was navigating the sexual politics of 1970. We know women are still disadvantaged today at the workplace. So it’s so incredible to imagine what it must have been like to be true to your voice during that time when you were so much more disadvantaged than today.

She was such a fun character to write, and then to have an extraordinary actress like Juno Temple to bring her to life. Juno has this ability to play the ball-buster side of Betty while also exhibiting this incredible vulnerability, which was truly remarkable to see her bring to life. 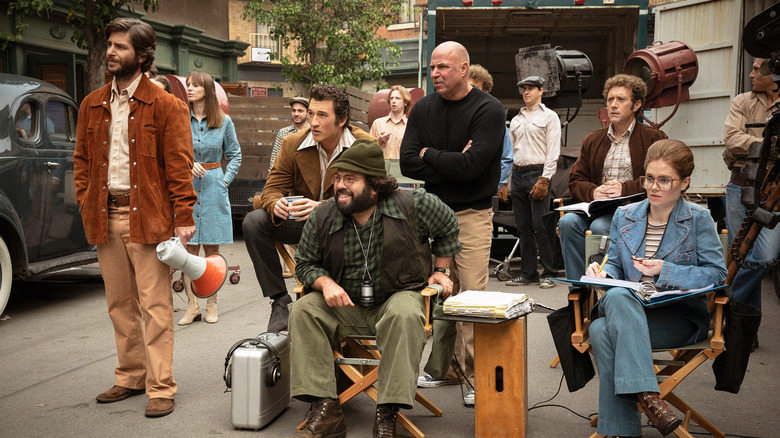 How’d you want to strike the balance of being nostalgic about this time in moviemaking without glossing over some of the harsh reality you mentioned?

I think that it was important for us to make sure that capturing that world did not become a caricature of itself. I think the only way to do that is to have the honesty seep through about what it was like at that time, the sexual politics, the relationship between Evans and Ali, what Betty McCartt was up against, trying to get her own seat at the table.

Earlier you mentioned encouraging people to take swings in the writers’ room. For you, what were some of those swings?

I think one of the things that we debated early on, and this sort of goes to what we were talking about with Betty McCartt’s character, was that we wanted to make sure … we had an opportunity with her character, given what we knew about her history from Al Ruddy, to say something about the sexual politics of the time. So we did not want to do anything romantic with her character that would compromise that agenda. I think that was one of the things that we talked about. As far as big swings, I think that a lot of what happens in our story is stuff that people know about.

In particular, we know that it was a successful film. We know that it’s one of the best films of all time. We know that it won Oscars. I think that this is part of the swing, is making sure that we were pulling that through all of these things that people already knew about to make it about more than just, “Oh wow, they won an Oscar.” Like, what was that character personally going through at that time? What did it mean for Ruddy and Betty’s relationship? What did it mean for Al Ruddy’s journey? I think those were a lot of the things that we spoke about in the writers’ room.

Plus, like you said, it’s more intimate that their relationship isn’t romantic.

Absolutely. I think it was just a really important part about not having Betty’s driver agenda be complicated by a sexual relationship during that time. Like you said, I think that Betty and Ruddy become closer because there was a lack of it, not because there was more of it.

I have to ask about Coppola. How was it writing his voice?

I think one of the biggest things when we talked about how we were going to portray Francis is that everything that we had read about him is that he was a man that was truly governed by creative integrity. You think about all of the different things, all of the concessions that you make when you’re making a film, or you’re making a TV show, things like, “Oh, all right, we can’t have exactly this thing.” I think it was important for us to capture a guy that was swinging at every time and pushing the people around him to become the best version of what they could be, as well. There must be 40 times where he’s like, to Ruddy, “I know you can do this.”

I think that, for Francis, one of the things that was most important to us is that if he had given in on any of these choices, if he had given in and not fought for the version of this character that he wanted, or this person cast for this role, or this amount of freedom for actors to move within a given scene, all of us would’ve suffered. We wouldn’t have had access to one of the best films ever made. I think that Dan Fogler did a wonderful job of capturing that integrity without having it come off as whiny, which is something that we were always trying to stay away from.

The first three episodes of “The Offer” are now streaming on Paramount+.

The post The Offer Showrunner Nikki Toscano on The Unsung Hero Behind The Godfather [Interview] appeared first on /Film.

/Film – ‘Slash Film: The Offer Showrunner Nikki Toscano On The Unsung Hero Behind The Godfather [Interview]’
Author: Jack Giroux
Go to Source
May 2, 2022