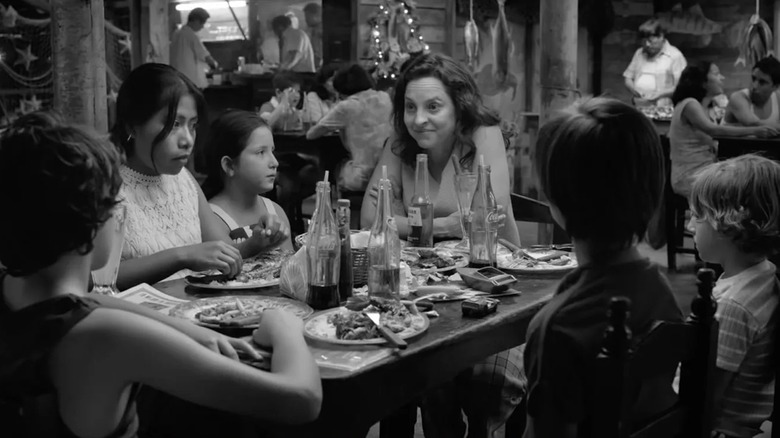 Alfonso Cuarón’s 2018 film “Roma” serves two functions. Primarily, it is a nostalgia piece for the director, who set the film in Mexico City in 1971, the time and place of his own childhood. Secondarily, it was a style piece for Cuarón, who modeled a great deal of his film’s tone and visuals to the works of Federico Fellini (to whose works some critics compared “Roma”).

“Roma” tells the story of Cleo (Yalitza Aparicio), a live-in maid for a relatively wealthy family in Mexico. The film’s drama begins with her discovering she is pregnant, but “Roma” takes us out onto beaches, into street fairs, into bedrooms, onto rooftops, spending just as much time with the city and its textured landscapes as it does with Cleo. “Roma” is a stroll through a glittering, gorgeous headspace, a transportation to a near-fantastical time and space that feel as real as any memory. It’s one of the best films of 2018.

“Roma” was nominated for 10 Academy Awards, including Best Picture, and it won Best Screenplay and Best Director for Cuarón. It lost Best Picture to “Green Book,” which critics called the worst Best Picture since “Crash.”

According to a 2018 interview with IndieWire, production on “Roma” was less than conventional. The film’s production designer, Eugenio Caballero (who won an Oscar for “Pan’s Labyrinth”), had already completed most of the film’s sets prior to receiving a script, meaning the filmmakers became more interested in accurately nailing the details of time and place than they were in matching the sets to elements of the story. Story, it seems, came second. 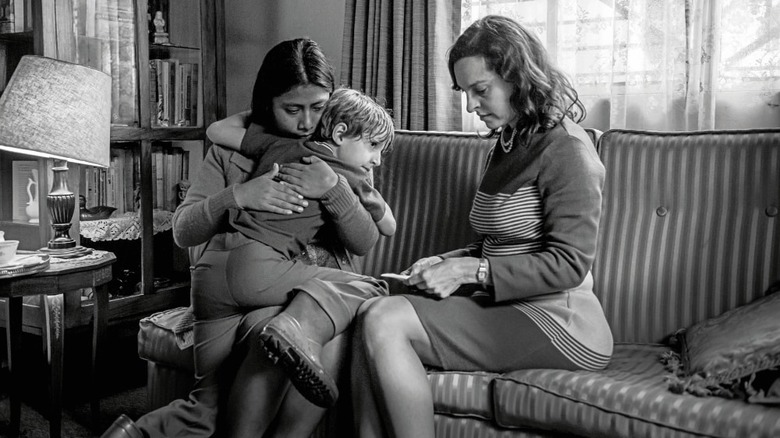 Eugenio Caballero often visited the Roma neighborhood of Mexico City, where Alfonso Cuarón grew up, having grandparents who lived in the area. While about a decade younger than the director, Caballero understood Cuarón was making a memory piece, and a lot of research went into re-creating what the Roma neighborhood looked like, especially as it appeared to different classes. Both Caballero and Cuarón wanted their memories to be triggered before they gave any thought to Cleo or her journey. Caballero said:

“We focused on things differently than normal. Instead of talking about story and character, the arc of the characters and their actions, here we spoke more about his own life and his own memories, which triggered my own memories as well. We started building the sets through the details.”

Cuarón elucidated that creating the sets became like a full-bore research project. As both he and his production designer created more and more sets and props, more and more memories came to light. “It was also like an archeological search,” Cuarón said, “More detail and specificity would come out.” Cuarón even went so far as to go to his actual childhood home and measure out its exact dimensions, hoping to re-create it — that is, the whole building — from scratch. Using the actual house was not a possibility — it had been remodeled — but Cuarón and Caballero wanted the texture of a house built in the 1930s as it looked in Mexico City in the 1970s.

Cuarón said the final house set ended up being both close to and far from his childhood home. “The original house had nothing to do with this house,” he said. 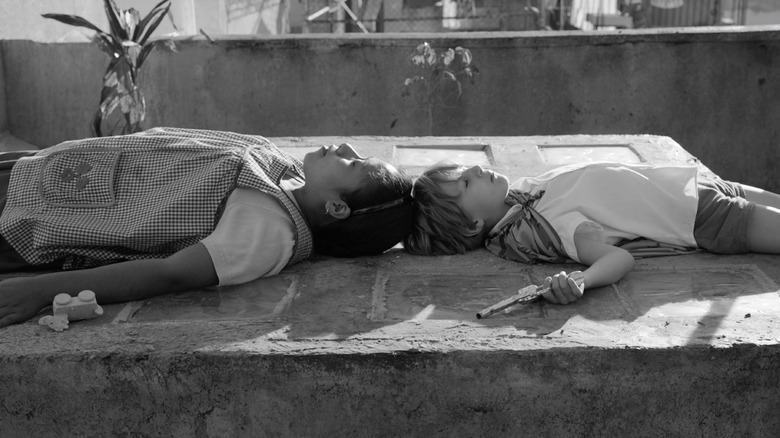 Rather than build a studio set to re-create an actual house, Eugenio Caballero and Alfonso Cuarón went so far as to find a house in the correct neighborhood that was slated for demolition and simply build a whole house there in its place. This gave the two men an opportunity to use period building materials — mortar and wall covering from the 1930s — and re-create a vintage house from the ground up. Like any building, Cuarón’s childhood home had been adapted and improved over the years of its life, with differing historical materials trickling into the overall aesthetic. The home they wanted was of ’30s design, but it represented 40 years worth of refurbishment. Cuarón and Caballero paid attention to all this. Caballero said:

“It’s the heart of the film. We wanted real tile and brick and plaster. This gave us the opportunity to create the house Alfonso remembered. We didn’t have that many pictures. The ’70s was an iconic strong design era, but the period, we noticed, was ’60s, ’50s, ’40s, all decades — cars, design, architecture. All these things were mixed and blended. We wanted to contrast the social classes and worlds that collide in this city.”

It was important to Cuarón to make sure the period details felt lived in, plain, incidental, not artificial. “Retro cool” was not the goal. He said:

“A lot of films fake period. When you do something ’70s, you do things that look so cool, so vintage. No. We wanted to do a film that takes place in the 1970s where this is still not old, it’s the way it was. There’s ’70s cool things combined with ’50s and ’40s and some banality that has timeless ugliness.” 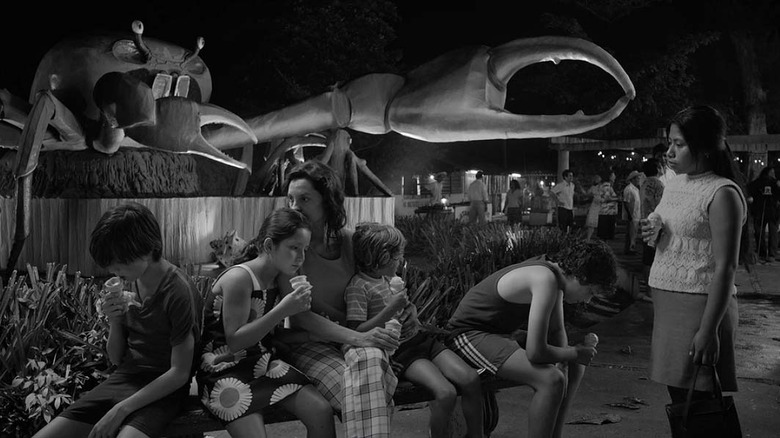 The IndieWire article also stated Alfonso Cuarón called his relatives to find out where each piece of his childhood furniture ended up; ultimately about 80% of what made it on screen was something Cuarón had climbed around on as a child. While the house he and Eugenio Caballero constructed was ultimately accurate, it also needed some special architectural improvements to ensure that a film could be made there. The house’s second floor, as such, had modular walls that could be hoisted out on a pulley system to allow in more natural light. One can perhaps postulate that Cuarón did not grow up in a house that could be hoisted open to the outside world.

Finding other authentic areas of Roma didn’t prove too difficult; Cuarón simply visited his old stamping grounds and brought a camera. For the intact neighborhoods, it was just a matter of set dressing to make them look authentic to the 1970s. This, however, wouldn’t work with Avenida de los Insurgentes, a long shopping street leading out of the middle of the city to the south. Being such a vital part of Mexico City, the Avenida mutated considerably over the years and looked nothing like it did 40 years earlier. Cuarón’s solution in that case was to simply build an entire street. This was necessary, as Cuarón wanted a long, one-take shot wherein Cleo exits a building and walks down the block. “There were so many things we wanted to tell in that shot, that we decided to build it from scratch,” he said.

As a result of these efforts, “Roma” is one of the best-looking films of 2018, possessed of a dreamlike texture that more artificial means would not have re-created.

It is currently streaming on Netflix.

The post The Realism Of Roma’s Sets Became An Obsession For Alfonso Cuarón appeared first on /Film.

‘Slash Film: Million Dollar Baby Is A Case Study In How Clint Eastwood Builds A Character’