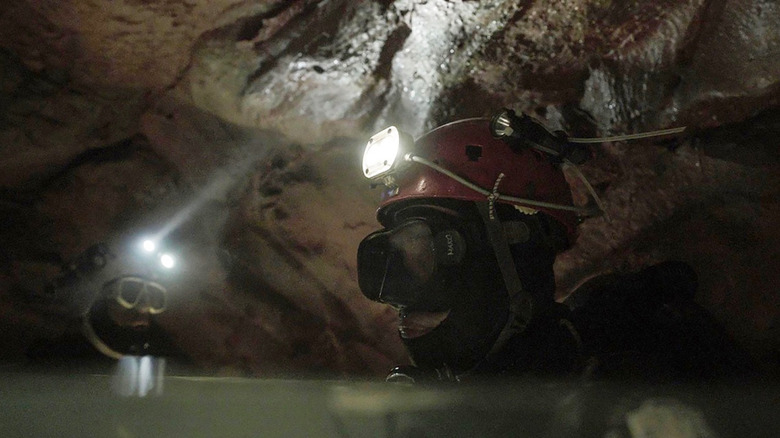 E. Chai Vasarhelyi and Jimmy Chin seem to have the market cornered on documentaries about people who do wildly dangerous, potentially deadly things. They helmed the nail-biting documentary “Free Solo,” about rock climbing without any ropes or safety device. And now they’re back with “The Rescue,” a film that’s primarily about the Tham Luang cave rescue, but is really about a group the cave divers who came in from around the world to help. Cave diving isn’t a casual activity; it’s incredibly difficult, and only a handful of individuals in the world are good at it. And they do it for relaxation, believe it or not, even though one cave diver explains the experience is akin to jumping into a “muddy hole.”

“The Rescue” ends up being a harrowing, captivating, wonderful documentary that perhaps surpasses “Free Solo,” at least in terms of emotion. It’s also a somewhat depressing experience because this is ultimately the story of people around the world behaving selflessly to help total strangers. We currently find ourselves in a time where a subset of humanity flat-out refuses to help get the COVID-19 pandemic under control all in the name of “personal freedoms.” “The Rescue” never underlines that point, but it’s hard to miss.

In June 2018, 12 young players on a junior association football team and their coach became trapped in the flooded Tham Luang Nang Non cave system in Chiang Rai Province in Thailand. As the doc explains, going into the cave was nothing out of the ordinary for these kids. One interview subject even calls it “their playground.” We learn that traditionally, the monsoon season causes the cave to flood in July. As it was June when the kids entered, they thought they’d be safe. They were wrong. The cave flooded, and there was a point where no one knew if the children and their coach were alive or dead.

Local Navy SEALS were brought in to assist. But despite all their training and strength, they were unable to get very far into the flooded cave. Few people on Earth could, because so few people know how to cave dive. But there are folks out there who know exactly how to do such a dangerous activity, and two such people are Brits Rick Stanton and John Volanthen, who were called in to assist. Stanton and Volanthen weren’t going to be paid for their efforts, and they certainly could’ve said no. But they hopped on a plane and headed to Thailand to help. Their arrival was both welcomed and slightly scorned. The Navy SEALS didn’t quite understand why much older foreigners were so much better at diving into the cave than they were, but such animosity faded fast because lives were at stake.

Early in the efforts, Stanton and Volanthen made a surprise discovery: four pump workers who had also gotten trapped in the cave, unbeknownst to everyone. As the workers were much closer to the entrance, Stanton and Volanthen were able to quickly swim them out – but not without some considerable effort. As the pump workers were untrained for cave diving – which involves swimming around in dangerous tight spots in total darkness – they panicked and flailed around beneath the “chocolate brown water.” This made Stanton and Volanthen realize that they might have yet another problem here. The adult workers were ultimately only underwater for about 30 seconds and still panicked – how would kids react if they had to swim much further, and longer? And as it turns out, they would have to swim much further and longer, because when the kids were found, they were approximately two-and-a-half hours deep into the cave system.

The Clock Was Ticking 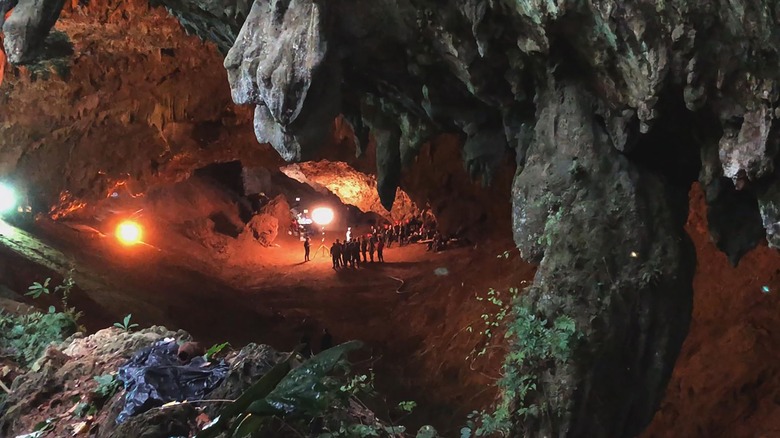 Stanton and Volanthen came up with a solution. Or at least, an idea for a solution. They turned to cave diver and physician Dr. Richard Harris and asked if he could sedate the kids. The plan: knock the children out with drugs, put them in wet suits and diving gear, and slowly pull their lifeless bodies out to safety. It sounded utterly mad, and Dr. Harris was immediately against the idea, judging it too dangerous. “I could talk for an hour about ways these kids could die,” he says of the plan.

But no one had a better idea, and the clock was ticking. The kids were growing weaker, the air was running thin, and more rain was coming. If the cave flooded even more, the kids would surely drown, and all hope would be lost. The divers needed to act, and act fast. And so the sedation idea was embraced, even though everyone seemed unconvinced it would even work. Even if you’re familiar with the details of how this all turned out, “The Rescue” is an edge-of-your-seat experience. Vasarhelyi and Chin shoot this thing like a thriller, combining both actual footage shot during the rescue with recreations featuring the actual divers, blending all this footage together seamlessly to create a wholly cinematic experience.

“The Rescue” is top-notch filmmaking, but not without issues. That recreation angle might bother some – the film doesn’t clue us in that there even are recreations during the end credits. Then there’s a cloying, poppy song that plays over those credits that has clearly been recorded with the sole goal of landing a Best Original Song Oscar nomination. But these issues are extremely minor, and “The Rescue” ultimately sweeps us up in its story of heroism and survival.

Divers from all over the world flew in to assist with the rescue, even though they were putting their lives in danger (one rescuer, a former SEAL, unfortunately died in the process). Like “Free Solo,” this is dangerous stuff. “I was sh**ing myself,” one diver states. But unlike “Free Solo,” things are a bit more hopeful and uplifting. There are times in “Free Solo” where it seems like free solo climber Alex Honnold is, for lack of a better term, unwell. He’s oblivious to others, including his loving girlfriend, and more interested in partaking in a hobby that would surely kill him if he made even a small mistake.

The divers of “The Rescue” are similarly devoted solely to their dangerous hobby. There’s an amusing montage where one by one they tell us that they’ve always been outcasts and loners, and that cave diving relaxes them because it allows them to shut out the outside world. And yet, when called to action, they didn’t hesitate to put life and limb on the line all in the name of helping total strangers from a foreign country. It’s undeniably uplifting and emotional. I’d hate to say something as dramatic as, “This is the movie we need right now!” But if more people in the world would behave as selflessly as the individuals in “The Rescue,” we’d all be a lot better off.

Read this next: Belfast Review: Kenneth Branagh’s Drama Is Funny And Sweet And Missing Something [TIFF 2021]

The post The Rescue Review: Free Solo Directors Return With a Nail-Biting Doc About the Thai Cave Rescue [TIFF 2021] appeared first on /Film.