Harley Quinn and the gang are dying to save the world in The Suicide Squad trailer. After David Ayer’s wildly disappointing first film, the franchise is now in the hands of James Gunn and based on the footage below, that’s for the best. This red-band trailer makes it pretty clear from the jump that Gunn has put together a funny, vulgar, violent new movie that will have you forgetting all about what came before. Watch The Suicide Squad trailer below.

I was already sold on The Suicide Squad based on James Gunn’s presence, but I’m even more in the tank for the flick after this delightful trailer. Everything here works for me, from the look of the film – which is slick but not overblown – to the humor (Idris Elba‘s Bloodsport saying, “We’re all gonna die,” only to have David Dastmalchian‘s Polka-Dot Man quietly reply, “I hope so,” killed me) works, and works well.

There’s still a lot we don’t know about the film, but here’s the synopsis:

Welcome to hell—a.k.a. Belle Reve, the prison with the highest mortality rate in the US of A. Where the worst Super-Villains are kept and where they will do anything to get out—even join the super-secret, super-shady Task Force X. Today’s do-or-die assignment? Assemble a collection of cons, including Bloodsport, Peacemaker, Captain Boomerang, Ratcatcher 2, Savant, King Shark, Blackguard, Javelin and everyone’s favorite psycho, Harley Quinn. Then arm them heavily and drop them (literally) on the remote, enemy-infused island of Corto Maltese. Trekking through a jungle teeming with militant adversaries and guerrilla forces at every turn, the Squad is on a search-anddestroy mission with only Colonel Rick Flag on the ground to make them behave…and Amanda Waller’s government techies in their ears, tracking their every movement. And as always, one wrong move and they’re dead (whether at the hands of their opponents, a teammate, or Waller herself). If anyone’s laying down bets, the smart money is against them—all of them.

This trailer opens with the Squad trying to rescue Harley Quinn only to discover she doesn’t need rescuing – something that seems to genuinely touch Harley, with Margot Robbie selling it perfectly. From there we’re off to the races, with the Squad being sent on yet another dangerous mission by Amanda Waller (Viola Davis), complete with explosive devices in their heads. There are plenty of familiar faces here, but it’s interesting how some of the folks returning from the first film – like Jai Courtney‘s Captain Boomerang – have no real lines of dialogue.

One character who does have dialogue, though, is King Shark. The CGI creation looks to be a scene-stealer (and human eater), and while I’m not 100% sure, it really sounds like Sylvester Stallone is voicing the character – or someone doing a Stallone impression. Stallone is credited in the film, but up until now, we haven’t learned who he’s playing. Taika Waititi is supposedly in the movie, too, and many have speculated he was providing King Shark’s voice. But that doesn’t sound like him to me. Feel free to speculate wildly!

UPDATE: James Gunn has confirmed that the voice of King Shark is, indeed, Sylvester Stallone.

Also in the film: John Cena talking about eating an entire beach-worth of dicks, Peter Capaldi looking very uncomfortable, and last, but not least, a giant kaiju starfish! Believe it or not, that character actually comes from the comics – in the form of DC character Starro, AKA Starro the Conqueror. Yes, this film really does have everything. 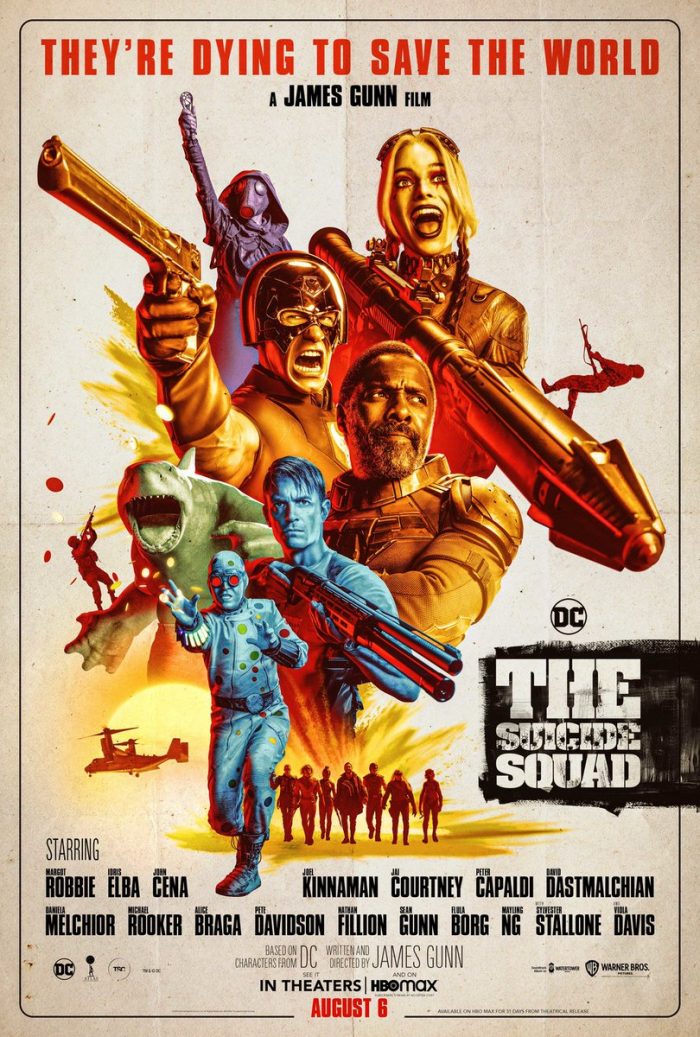 The post ‘The Suicide Squad’ Trailer: James Gunn’s Supervillains Are Dying to Save the World appeared first on /Film.

After John David Washington Fanned Out About Dad Denzel’s Success, He Left His Father ‘Speechless’