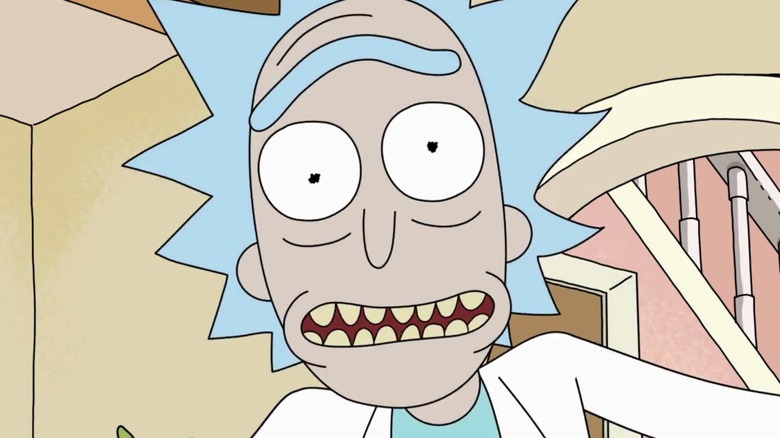 “Rick and Morty” fans are known to be loyal and intense, often waiting patiently for years for new episodes of Adult Swim’s edgy animated show to air. For many, their love of the show is imbedded in the strength of its comedic writing. This is understandable, with co-creators Dan Harmon (creator of “Community”) and Justin Roiland at the helm. The comedy often bends genre tropes in on themselves to twist what’s possible in an animated show, but even “Rick and Morty” can’t escape one of the strongest comedic tropes of all: catchphrases.

“I’m Pickle Rick!” became an inescapable phrase after the third season introduced viewers to Rick’s therapy-avoiding, pickled alter-ego. Others are more like anti-catchphrases. These exclamations are so absurd that there’s no quick explanation for what they mean. Either you “get schwifty” or you don’t get schwifty, understand?

One silly phrase rules above all others, however: Wubba lubba dub dub.

It Was An Accidental Creation 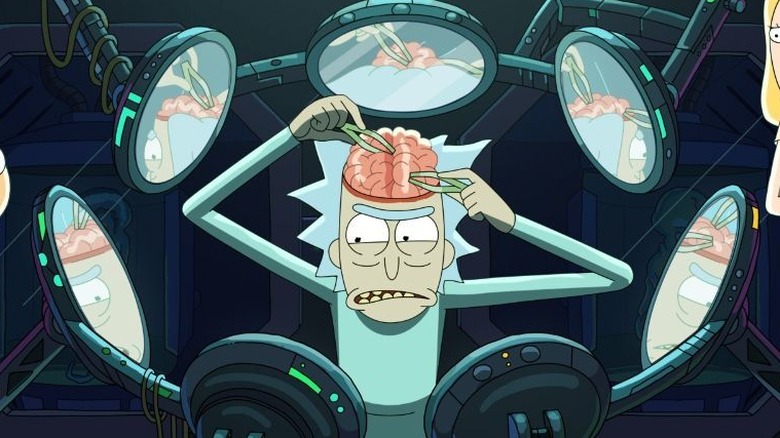 Roiland, who voices both Rick and Morty, admits that the creation of the line was one of those rare moments that couldn’t be scripted, almost literally. It was actually a parenthetical in the script, an aside to explain the action Rick took on screen. The script described Rick dropping to the ground to spin in a circle, imitating an iconic Three Stooges moment. The script described it with the phrase “wub wub wub wub wub.” Not exactly specific, but it does create somewhat of a visual.

Roiland explained what happened next in an interview with VICE. “In the recording, that was a last minute rewrite that I didn’t read,” he admits. “I just did it wrong. I completely disregarded what was scripted.”

Of course, this wouldn’t be the first time in the history of television that a script went out the window and an improvised, unexpected moment took its place. In fact, that’s the way many classic scenes have come about. When Jack stands at bow of the “Titanic” and yells, “I’m the king of the world,” that was all Leonardo DiCaprio. The famous “You talkin’ to me?” scene from “Taxi Driver” was improvised by Robert DeNiro. Director Taika Waititi even estimates that 80% of “Thor: Ragnarok” leaned into the freedom of improvisation, and granted the actors permission to adjust their lines.

It Does Have A Meaning 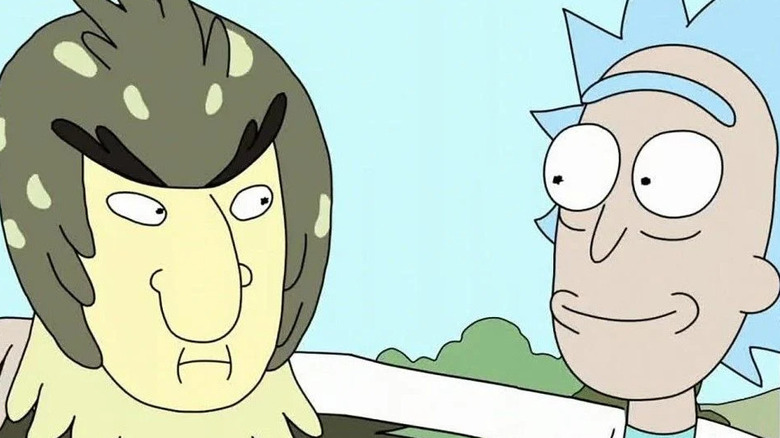 The result was so absurd that it caught on with the rest of the “Rick and Morty” team. In fact, they decided to expand on the phrase. In a later episode, viewers find out that “wubba lubba dub dub” has a disturbing meaning. When the show introduces the character of Birdperson, he reveals that the line translates to something much darker in his language — it’s actually Rick admitting that he’s in deep pain. That became part of the lore-building around Rick’s backstory, which has always been a hot topic of conversation between fans.

As Roiland explains, “If there’s a weird outtake that worked in a really unexpected way, we’ll use it.” That seems to be a fitting enough explanation for how a show like “Rick and Morty” found its perfect catchphrase. The creative team found joy in an improvised error, gave it more layers, and the fans did the rest.

Read this next: The 15 Best Rick And Morty Villains Ranked

The post The surprising origins behind Rick and Morty’s catchphrase appeared first on /Film.

‘Slash Film: The Exorcist Stunned Audiences In 1973, But One Terrifying Scene Wasn’t Seen Until Decades Later’