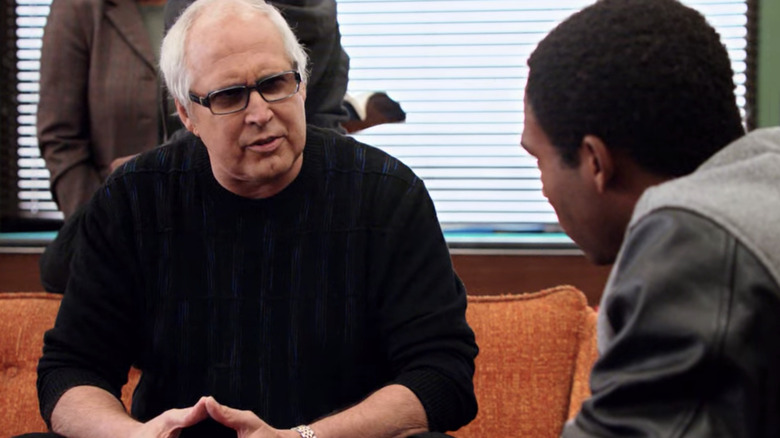 Chevy Chase and Dan Harmon had a twisted creative relationship on the set of “Community.” Chase, an “SNL” Weekend Update veteran and star of ’80s comedy classics like “Caddy Shack” and “Fletch,” earned a reputation for being a bit of a diva on the set of Harmon’s ensemble sit-com. When the actor and writer had a very heated and public falling out, most fans assumed it was due to Chase’s disagreeable nature; however, that is just one small part of the truth behind their feud.

“Community” centers around a lawyer, Jeff Winger (Joel McHale), who is forced to attend a community college when his license is revoked (due to the discovery that he didn’t have a genuine college degree). Hoping to win over a female classmate, he reluctantly joins a diverse Spanish study group that includes Pierce (Chevy Chase), a crotchety billionaire who takes classes out of boredom and is often at odds with the group. Chase was featured in the main cast of the first four seasons of “Community” before abruptly leaving the show.

Harmon And Chase Had Creative Differences 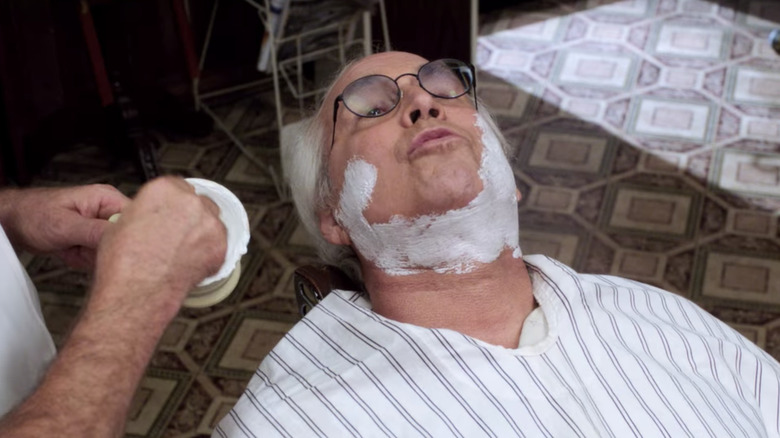 Harmon spoke to Uproxx in detail about everything that played into his falling out with Chase. There was one big blow-out moment, but a lot led up to the day that Chase walked out on “Community.”

Harmon found that Chase had difficulty working in an ensemble cast. “I think he felt like he was wilting away inside,” the director speculated, adding that Chase “felt like it was symptomatic of some kind of twilight for him, which only … made me want to focus on that aspect of his character.”

This artistic tension laid the foundation for their onset dynamic. Harmon wanted Chase to access an alienated old man’s state of mind for his character, but this attitude made him the polar opposite of an eager worker. This presented issues on set, according to costar Joel McHale, who explained that Chase was resistant to the single-camera style of the show and “did not want to be there for the hours that we were keeping” (via Inside of You). Chase would often leave the set early, forcing everyone to shoot around him. Harmon claims that Chase would “not understand” why certain scenes were funny, “decide he didn’t want to do it and walk away” (via Uproxx).

On what would be his last day on set, Chase was scheduled to perform a brief scene before wrapping for the season but walked out before it was shot. Since Harmon had been “screwed” by Chase, as he puts it, he wanted a bit of revenge. At the wrap party the next day, Harmon rallied the cast and crew to say “F–k you Chevy!” all at once. Chase promptly stormed out of the party and a months-long riff ensued. 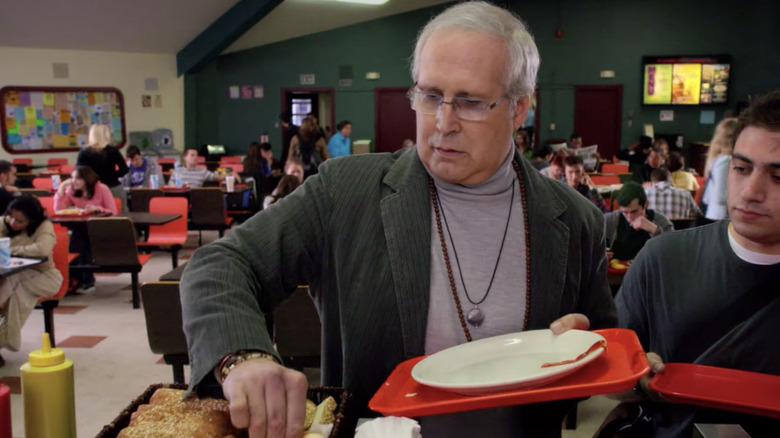 The two stubbornly refused to apologize to one another and went back and forth over text. Chase also left Harmon several insulting voicemails, which Harmon was unable to resist sharing with others (via HB7LSU). Eventually, someone else recorded it and leaked it. Harmon had only recently repaired his relationship with Chase when the voicemail was leaked, and he was very concerned about what the actor would think. Luckily, the director says that Chase actually “thought it was kind of funny” (via Uproxx).

On the surface, Harmon and Chase had a biting rapport where each would “call each other a–holes and make dirty jokes,” but ultimately the two got to know each other very well. Harmon claimed that they would send each other “long texts where we vent our feelings about how people don’t appreciate us,” and that they shared a sense of camaraderie in their narcissism. This isn’t hard to believe, considering how closely the character of Rick Sanchez in Harmon’s animated series “Rick and Morty” resembles Chase’s character on “Community.”

Despite how hard-headed they both were, their deeper understanding of one another allowed them to set aside petty differences and apologize. Harmon confirmed that the pair have “been friends ever since,” proving that there is such thing as a happy ending in real life.

Read this next: The 15 Best Netflix Original Series Of 2021 Ranked

The post The True Cause of Chevy Chase and Dan Harmon’s Fall Out On Community appeared first on /Film.

/Film – ‘Slash Film: The True Cause Of Chevy Chase And Dan Harmon’s Fall Out On Community’
Author: Shae Sennett
Go to Source
May 11, 2022