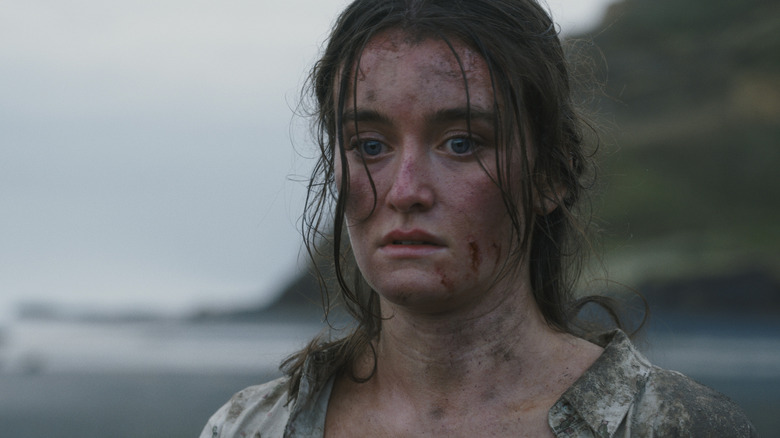 The time has come for audiences to return to the wilderness for a second season of Prime Video’s hit thriller “The Wilds.” The YA saga revolves around a group of teenage girls left stranded on a deserted island after what they assume to be a freak accident. But as the story of the first season unfolds, we learned that there’s something more nefarious than fate at play: The girls are actually part of an elaborate social experiment. So while they begin the season expecting rescue to swoop in quickly, they slowly come to the realization that survival is theirs to fight for.

This wilderness-set disaster premise is pretty familiar, but where “The Wilds” truly thrives is in the relationships formed between the eight girls. Each coming from different backgrounds, with their own emotional baggage and strong personalities, the girls make it possible for any number of dynamics to arise — contentious, open-hearted, and even romantic. The second season expands the world of “The Wilds,” and fans can only begin to speculate what surprises lie ahead. When /Film sat down to chat with stars Sarah Pidgeon and Reign Edwards, they hinted that one of the most exciting developments will be the budding friendship between their characters, Leah and Rachel. This might come as a surprise, given where the first season left the duo — Rachel in the midst of a potential shark attack tragedy, and Leah fraying at the edges because no one believes her island-based conspiracy theories. But tragedy has the power to bring people closer together, and these two may need a united front to survive the next chapter of this story.

‘We’re Both Dealing With A Discovery Of A Loss, But Have Two Very Different Opinions On It’ 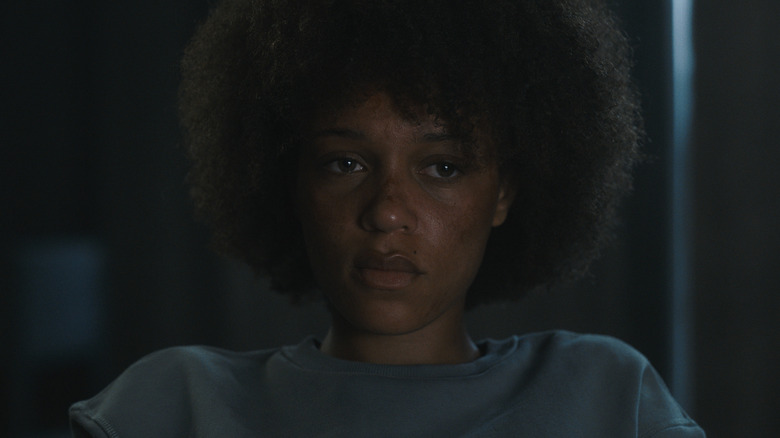 I love that you two are paired together. I feel like Leah and Rachel are both in pretty tight situations where we last left them.

How were each of you thinking about the emotional journeys that they’re on when we pick up in season 2?

Edwards: When we find Rachel and Leah, they’re both in very extreme and intense states, which is obviously what brings everyone back for more at the end of season 1. I think when we pick up in season 2, it captures everybody’s attention right away. It’s a really great way to start off the season. Pull everybody in and bring everybody into not only Rachel and Leah’s world, but the world of the girls and everybody’s emotions to it, so I’m really excited for everyone to witness it.

Pidgeon: Yeah. I think the thing that was — Reign, I think you’ve talked about this earlier — because of the extremes, it pushes them apart, how they react in the first season. I think that begins in the second season, for sure. And then eventually that thing — there’s a commonality in the difference that they deal with things, in the extremes that they take, and that’s the way that they bond throughout the second season. But yeah, starting off on episode 1 of season 2, we’re both just dealing with a discovery of a loss, but have two very different opinions on it. So seeing how those two interact in that space of the ripple effect that one event can have, I think it’s really interesting. It was a joy to play with Reign.

We’re at a point where we know a lot about them because we’ve seen the backstories and we’ve seen them on the island, but there’s also this gap of the last couple days on the island. Were there things that surprised you about their journey going forward?

Edwards: Yeah, I definitely think so. There’s a lot of twists and turns this season, but even just the surprise of how close Rachel and Leah become is really surprising, but also really rewarding, and it leads to other spaces for both of them on the island with everybody and also together. That’s just one of the smaller things that happened this season that is very jaw-dropping, so yeah.

Pidgeon: Yeah. It was exciting to work off of the information and understanding you have of your character in season 1 and figure out how the rest of that journey that we see in season 2 ends with the person that you see in post-rescue early on in season 1. So it was really fun to navigate and to chart the new moods and coping mechanisms, really, that the writers were able to come up with for these characters that I was surprised with, too. You think you get this character so well, and then suddenly they’re hit with something new.

Season 2 of “The Wilds” is now streaming on Prime Video.

Read this next: The 10 Apple TV Shows That Justify A Subscription