The Empire Strikes Back introduced us to an intimidating new setting. Whenever Darth Vader isn’t leading troops across the galaxy in the name of the Galactic Empire, he’s taking time to himself in a meditation chamber where he’s able to remove that terrifying helmet and unwind. You may recall it is here that he grows tired of Admiral Ozzel’s incompetence and uses the Force to choke him to death.

Now you can construct the LEGO version of Darth Vader’s meditation chamber for your building brick collection. And yes, Admiral Ozzel (R.I.P.) makes an appearance in this set. 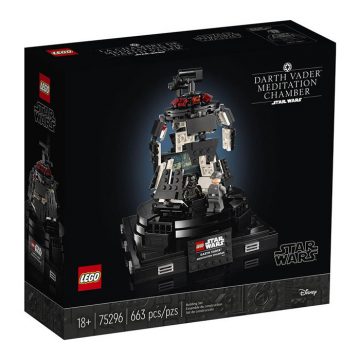 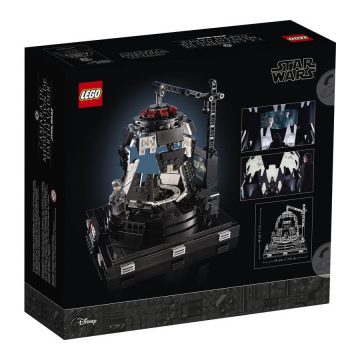 The latest addition to LEGO’s growing line of sets for adults brings Darth Vader’s meditation chamber to life in building brick form. Not only does the chamber open and close as it does in The Empire Strikes Back, it features the control panels and rotating seat, allowing you to recreate the scenes from the film where Darth Vader has to deal with his Imperial Officers.

The set also includes minifigures of Darth Vader and General Veers, allowing you to act out the scene where the Dark Lord of the Sith learns that Admiral Ozzel brought the Imperial fleet out of hyperspace too close to the Hoth system. The meditation chamber even includes a big screen showing Admiral Ozzel and the soon-to-be-Admiral Piett. 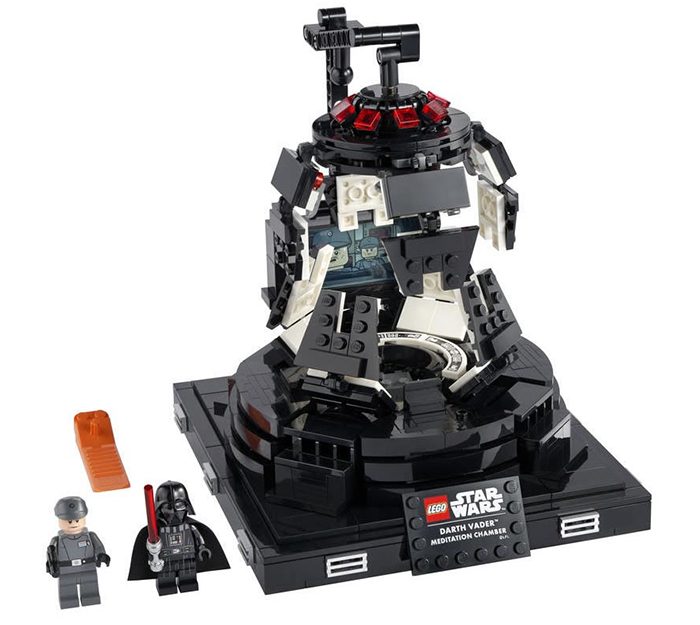 The finishing touch is a little nameplate that can be affixed to the base, making this more of a collectible than your traditional playset for kids. Naturally, this is something LEGO fans of all ages can enjoy, and you don’t have to keep it sitting on a shelf. Play away, I say.

The only problem is this 663-piece LEGO set comes with a salty pricetag of $69.99. Considering how small of a LEGO set this is, that seems a bit steep. But LEGO is the best at what they do, and collectors just won’t be able to resist. You can pre-order it now at The LEGO Shop online and the set is expected to ship starting on August 1, 2021.