In this edition of TV Bits: 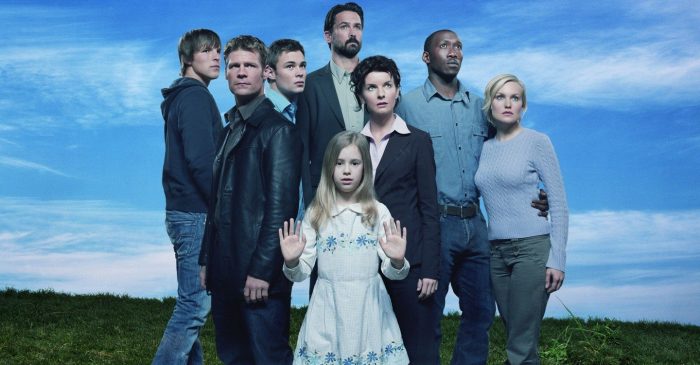 Is anyone clamoring for a reboot of The 4400? The answer, as far as The CW is concerned, is “yes.” The network just gave a straight-to-series order for a 4400 reboot based on the USA series that lasted four seasons. Per THR, the reboot tells the story of “4,400 overlooked, undervalued or otherwise marginalized people who vanished without a trace over the last 100 years are all returned in an instant, having not aged a day and with no memory of what happened to them. As the government races to analyze the potential threat and contain the story, the 4,400 themselves must grapple with the fact that they’ve been returned with a few… upgrades, and the increasing likelihood that they were all brought back now for a specific reason.” Ariana Jackson is writing and executive producing the series with Anna Fricke and Laura Terry.

HBO Max has picked up ordered a fifth season of Search Party, the dark comedy series about the horrors of being a millennial, starring Alia Shawkat, John Reynolds, John Early, and Meredith Hagner. The series follows “best friends Dory (Shawkat), Drew (Reynolds), Elliott (Early), and Portia (Hagner) through a messy private investigation, semi-accidental murder, absurd cover-up and sensational trial. In season four, Dory was held prisoner by her psychotic stalker Chip (Cole Escola), forcing Drew, Elliott and Portia to once again become a search party – but this time, for Dory.” Search Party originated on TBS before moving to HBO Max. I watched the first season, and thought it was excellent – but for whatever reason, I never felt the urge to keep going. Maybe I will, someday…

The Best Man franchise will continue in the form of a Peacock series. The limited series is titled The Best Man: Final Chapters, and it’s set to bring back the stars from the films: Morris Chestnut, Melissa De Sousa, Taye Diggs, Regina Hall, Terrence Howard, Sanaa Lathan, Nia Long, and Harold Perrineau. Malcolm D. Lee and Dayna Lynne will write and executive produce. “Here we go! The band is back together!” Lee said, via Variety. “I am very excited to bring these iconic characters back to the fans who have supported us through this franchise. We are thrilled to deliver everything one would expect from this group of friends in ‘The Best Man’ universe and take them through their final chapters. We can’t wait! I told you it wouldn’t be 14 more years.” The limited series catches up with the characters “as relationships evolve and past grievances resurface in the unpredictable stages of midlife crisis meets midlife renaissance.”

We all need more @UzoAduba in our lives.

A first look at #InTreatment, returning for its fourth season this May on @hbomax. pic.twitter.com/mhtQ6A7x7W

Above you can check out the first look at Uzo Aduba in In Treatment season 4, playing Dr. Brooke Taylor. The new season is described as a “reimagining” of the series, and “is set in present-day Los Angeles and brings a diverse trio of patients in session with Brooke to help navigate a variety of modern concerns. Issues such as the global pandemic and recent major social and cultural shifts are a backdrop to the work Brooke will undertake – all while she deals with complications in her own personal life.” The new season arrives sometime this May.

Claire Danes has joined the cast of the upcoming Apple TV+ series The Essex Serpent, taking over a role that was originally set to be played by Keira Knightley. The show “follows newly widowed Cora (Danes) who, having being released from an abusive marriage, relocates from Victorian London to the small village of Aldwinter in Essex, intrigued by a local superstition that a mythical creature known as the Essex Serpent has returned to the area.” Clio Barnard is directing, while Anna Symon will serve as lead writer.

One of these days, James Cameron will stop obsessing over the ocean and Avatar sequels. But that day is not today. Because Cameron is set to executive produce the series OceanXplorers for Nat Geo. The six-part series “will tell the stories of adventurous explorers, scientists, and filmmakers with never-before-used technology as they embark on their mission, tackling challenges that arise from seeking to solve some of the ocean’s greatest outstanding mysteries. State-of-the-art underwater camera rigs will focus on the ultimate predator, the great hammerhead—so evolved, it’s capable of snatching another shark whole—to discover why it is rapidly disappearing. The first-ever all-night deep-sea stake-out of the greatest migration on Earth will show the extraordinary lengths some creatures will go to find something to eat from the bottom of the ocean.” And sure, that sounds great, Jim. But can you please make a new movie? A new movie that isn’t an Avatar sequel? Please?

Are you ready for Mare of Easttown? You fucking better be, baby, because here it comes! The HBO series will star Kate Winslet and Guy Pearce, and focuses on “Mare Sheehan, a small-town Pennsylvania detective who investigates a local murder as life crumbles around her.” The show is described as “an exploration into the dark side of a close community and an authentic examination of how family and past tragedies can define our present.” And hey, all of that sounds pretty good! Winslet and Pearce are both very good actors! My only qualm here is the title, which is a bit of a snooze. The series debuts on April 18.

‘Slash Film: ‘WandaVision’ Looks to the Past to Set Up the Endgame With Its Penultimate Episode’

‘KinoCheck : THE FALCON AND THE WINTER SOLDIER “Who Gets Captain Americas Shield?” NEW Trailer (2021)’