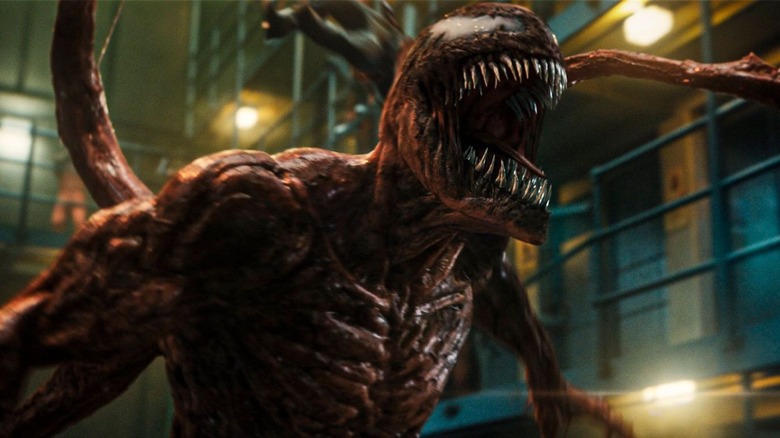 Look, every kid who grew up reading the “Maximum Carnage” storyline dreamed of a big R-rated movie version. A serial killer with Venom’s powers running amok? Get out of here with that, it’s too badass. We’re finally getting Carnage on the big screen, but sadly the film will be PG-13. Director Andy Serkis knows the perception is that a PG-13 introduction for Carnage is making some fans nervous and is doing what he can to alleviate those concerns.

In a conversation with IGN, Serkis had this to say:

“You could go down an R-rated adult version of this. Of course you could. You could have done that with the last film. But we wanted to reach a big audience with this and … there are several rules you have to abide by. However, having said that, I think we have pushed to the very limits [with] the danger and darkness and the threat and the menace of Carnage.Just because you don’t see so much gore — perhaps there’s not so much blood or … seeing heads being bitten off — you can still suggest that. The suggestion, leaving it to the audience’s imagination, can be just as powerful. I think that’s just what we managed to do. It’s certainly not shying away from the darkness. And the real heart of Carnage as a character isn’t compromised at all.”

Reading Between The Lines 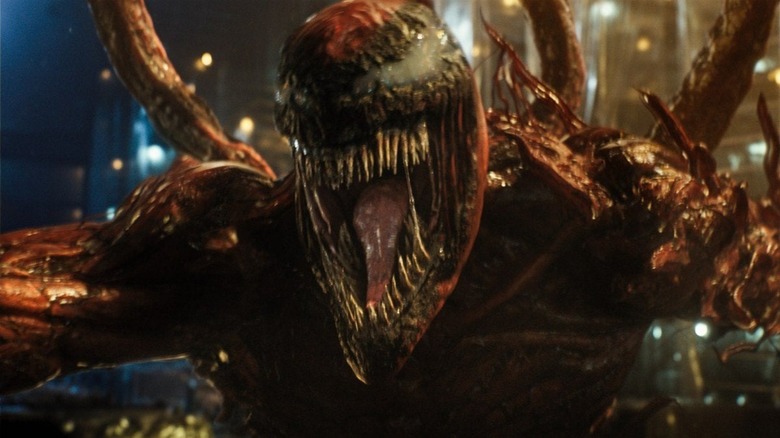 I’ll give Serkis points for honesty. Saying “we wanted to reach a larger audience” might not be the political talk we’re used to seeing in situations like this, but it’s what it always boils down to. You’ll never see a creative director happy to be restrained by financial realities.

Reading between the lines a little bit I’d venture a guess that this is also a step on the path to actually getting Venom and/or Carnage into the Spider-Man films. They just wouldn’t allow the crossover of an R-rated villain into their huge family-friendly superhero series. Kinda why I doubt we’ll ever see Deadpool pop up in an Avengers movie, for instance.

Which is ridiculous, anyway. You could make an R-rated Venom series and just tone down the violence when he’s in a Spider-Man film and nobody would complain. But the exec mindset is very averse to any risky ideas and anything that could possibly wound Sony’s biggest franchise is an automatic no-go.

The Toms (Hardy and Holland) have publicly stated their desire to bring Spidey and Venom together and so has pretty much every creative person involved in either franchise. It’s guaranteed bank if executed even remotely correctly. 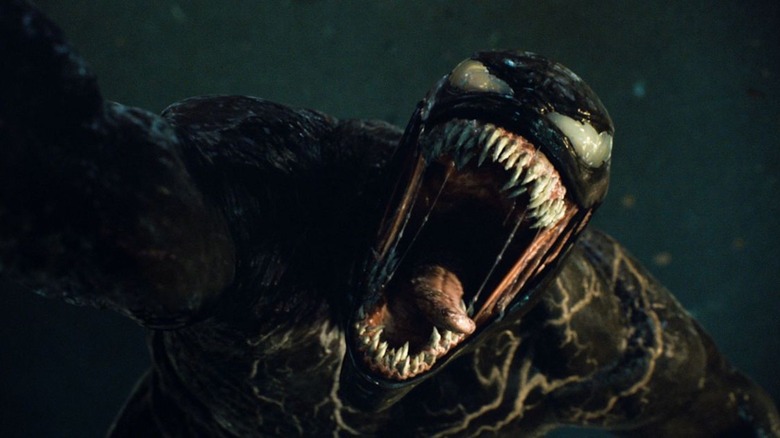 So, what I’m seeing here is Serkis being open about wanting to both stay true to the violent characters at the center of his movie while also wanting a broad, mainstream audience that comes with the less restrictive rating. Because if this works and people are into it then it feels like we’re now ready to introduce Venom and Spider-Man into the same movie.

The big question is how does that impact the Spider-Man films because, even if they’re both PG-13, the Spideys have been pretty light up to this point.

But that’s the way the comic books were/are, isn’t it? They get considerably darker when a symbiote shows up so why wouldn’t that work for the movies?

I do know that Andy Serkis has a great eye, learned under Peter Jackson when he directed the second unit on “King Kong” and I have faith that he won’t sacrifice the character for a rating. If we see a little less gore but get our Venom/Spider-Man crossover then that’s a good deal.

Read this next: Andy Serkis Suggests A Venom And Spider-Man Crossover ‘Is Going To Happen,’ But We Shouldn’t Rush It

The post Venom: Let There Be Carnage Will Test the Limits of PG-13, Says Director Andy Serkis appeared first on /Film.