Michelle Obama is hosting a brand new children’s cooking show on Netflix, with the help of some adorable little puppets. The former first lady is launching Waffles + Mochi, a 10-episode series that aims to introduce children to food from all around the world.

Michelle Obama will be stepping in front of the camera as the host of Waffles + Mochi, the latest project under her and former President Barack Obama’s partnership with Netflix. While the pair have mostly produced the titles through their production banner Higher Ground, Obama will be putting on her hosting hat for Waffles + Mochi, a 10-episode series developed by showrunners Erika Thormahlen and Jeremy Konner.

“I’m beyond thrilled to share that on March 16, I’ll be launching a new show on Netflix called Waffles + Mochi!” Obama announced on Twitter. “I’m excited for families and children everywhere to join us on our adventures as we discover, cook, and eat delicious food from all over the world.”

She added, “I’m also excited to work with [Partnership for a Healthier America] to help kids build healthy habits and help families in need cook with fresh ingredients together at home. I hope you’ll join us by watching on March 16!”

Waffles + Mochi‘s episodes will all be 20 minutes long, and looks to feature some Blues Clues-style food education, based on the first-look images released by Netflix below. While it’s unusual to see Michelle Obama in front of the camera to this extent, it’s in line with the former first lady’s long-documented advocacy for healthy eating.

See the first look images at Waffles + Mochi below. 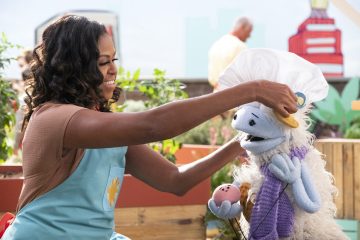 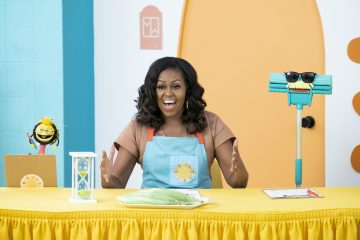 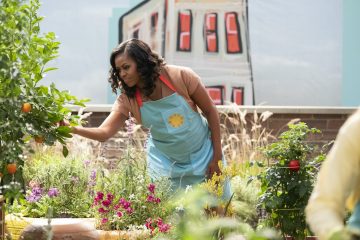 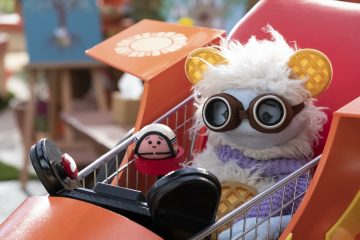 Here’s the synopsis for Waffles + Mochi:

Once upon a thyme, deep in The Land of Frozen Food, lived two best friends named Waffles and Mochi with one shared dream: to become chefs! The only problem? Everything they cooked was made of ice. When these two taste-buddies are suddenly hired as the freshest employees of a whimsical supermarket, they’re ready for the culinary adventure of a lifetime. With the help of friendly new faces like the supermarket owner, Mrs. Obama, and a magical flying shopping cart as their guide, Waffles and Mochi blast off on global ingredient missions, traveling to kitchens, restaurants, farms and homes all over the world, cooking up recipes with everyday ingredients alongside renowned chefs, home cooks, kids and celebrities. Whether they’re picking potatoes in the Andes of Peru, sampling spices in Italy, or making Miso in Japan, these curious explorers uncover the wonder of food and discover every meal is a chance to make new friends. Waffles + Mochi is an exciting invitation to get kids and grown-ups cooking together in the kitchen and connecting to cultures around the globe.

The post ‘Waffles + Mochi’ is a New Netflix Cooking Show Featuring Michelle Obama and Some Puppets appeared first on /Film.

THE VIGIL: New Poster Tries to Shine a Light on Hasidic Horror