Even though Warner Bros. just announced a new release date for Godzilla vs. Kong, they’ve decided to go ahead and move it again. But don’t worry – the move isn’t that drastic. Instead of hitting theaters and HBO Max on March 26, 2021, as was announced last week, Godzilla vs. Kong will now arrive on March 31. Why move it back five days? No idea! But we have some guesses.

Let’s get the Godzilla vs. Kong news out of the way first. The upcoming monster battle royale was originally slated for May 2021. Then, last week, WB said they were moving the film to March 26. Today, for reasons I can’t even begin to understand, the studio has moved it again – to March 31, 2021. I’m not sure why WB thinks it needs to delay this by five days, but it’s their call to make. One theory floating around is that the fabled Snyder Cut of Justice League might be arriving in March and the studio wants to make some room for that, but we have no confirmation of that theory at the moment. In any case, the plan is still to release Godzilla vs. Kong in theaters and on HBO Max the same day.

Now, onto Malignant. I’m a big fan of James Wan, and while I’ve enjoyed his non-horror work – I love me some Aquaman, folks – I’ve been longing for him to return to the horror genre. And thankfully he’s doing just that with Malignant, his first horror film since 2016’s The Conjuring 2. Plot details for Malignant remain secretive, but it’s been reported that the film will pay homage to the stylish and gory Giallo genre. And now, James Wan has unveiled an image from the film that certainly looks Giallo-esque, featuring a long sharp weapon in a leather-gloved hand. 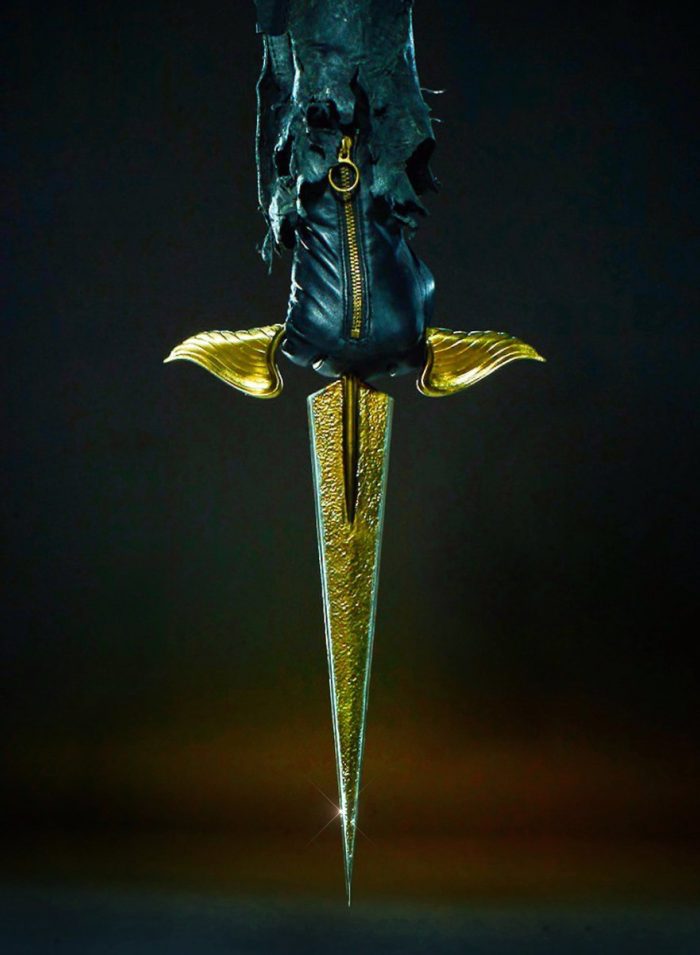 I finally wrapped it last week. This was supposed to be my “little horror thriller” I do between the big ones, but the pandemic pushed it as long the big ones. I’m super excited for this film. I don’t even know how to describe it. I wanted to do something original and genre-bending, and different to my other work, but still in the spirit of the horror-thrillers I grew up with. More to come.

The image comes with the news that Malignant will hit theaters and HBO Max on September 10, and honestly, I don’t know if I can wait that long.