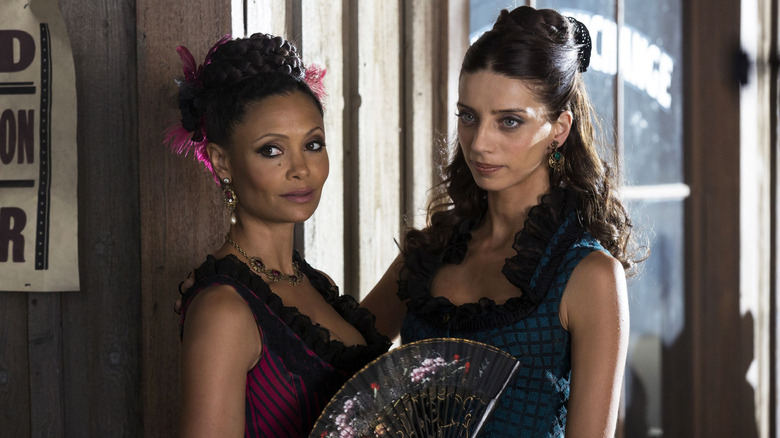 Does anyone really know what’s happening on “Westworld” at this point? Three seasons in, and it’s hard to tell if even showrunners Lisa Joy and Jonathan Nolan have any idea what their TV series is about anymore. That’s not a complaint, either. It’s actually kind of perfect that a sci-fi show about the blurred lines between humans and sentient robots, fantasies and reality, and free will and subjugation should take such great pleasure in messing with its audience. Would that all aesthetically-pleasing sci-fi series were as willing to endlessly gaze at their own navels and indulge in existential babble as “Westworld” so often has.

If you think it’s any less confusing to star in “Westworld” then it is to watch it at home, think again. /Film’s Danielle Ryan recently attended a press junket for “Westworld” season 4, in which Angela Sarafyan talked about her experience auditioning for the show. Sarafyan plays the host Clementine Pennyfeather, whose loop in the Westworld park had her serving as a sex worker at the Mariposa brothel and saloon in the town of Sweetwater. She’s also among the first hosts created by the late Robert Ford (Anthony Hopkins) and Arnold Weber (Jeffrey Wright) for the park.

Going into production on season 1, however, Sarafyan admitted she had no idea about any of this:

“Well, it’s really funny: When I auditioned for this, we all got the same sides. I believe like a bunch of us that had gone in were getting the exact same things. And I had no idea what I was cast as until a few days prior. Like, ‘Oh, you’re going to be playing this.'”

‘We Evolve As Well’ 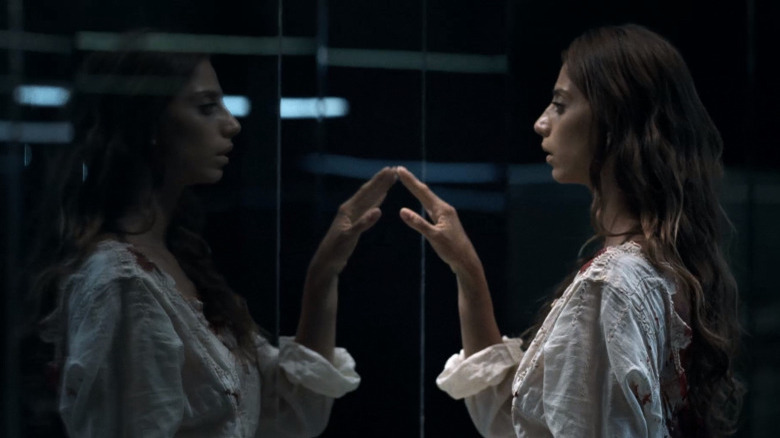 Like the other hosts in “Westworld,” Clementine’s memory was wiped clean every time a storyline played out in the park prior to the events of season 1. In that regard, not knowing who she would be playing on the series allowed Angela Sarafyan to come at the role without any expectations, much like Clementine does every time she goes through a new narrative. Moreover, as the character has gained new levels of consciousness and evolved with each passing season, so too has Sarafyan changed the way she approaches the role:

“I didn’t know what my initial part was initially. And I think they just wanted to see how we would enliven the role with the material that we got. And it’s sort of been that way all throughout the years. We had talked about this earlier, that it’s just been one of those experiences where the characters evolve season to season and we evolve as well … we’re growing and years are going by and experiences are [happening].”

Judging by Sarafyan’s comments, the experience of acting on “Westworld” can be just as meta as the show itself. Indeed, with all its talk about narratives, storylines, and loops, the series was constantly calling attention to its own plot mechanics in both its stellar initial outing and its far less accessible second season. For both better and worse, though, the show changed things up in season 3, introducing the super-quantum computer system Rehoboam and its mission (to predict and control all aspects of human society) as an on-the-nose metaphor for data mining and behavior-predicting algorithms in the real world.

I still have no idea where all this is going, but look forward to continuing this perplexing journey when “Westworld” season 4 arrives on HBO on June 26, 2022.

The post Westworld’s Angela Sarafyan Didn’t Know Which Role She Was Auditioning For Until After She Got It appeared first on /Film.

/Film – ‘Slash Film: Westworld’s Angela Sarafyan Didn’t Know Which Role She Was Auditioning For Until After She Got It’
Author: Sandy Schaefer
Go to Source
June 21, 2022

‘Slash Film: The Pre-Kubrick Sci-Fi Classic That Left Its Mark On Ridley Scott’