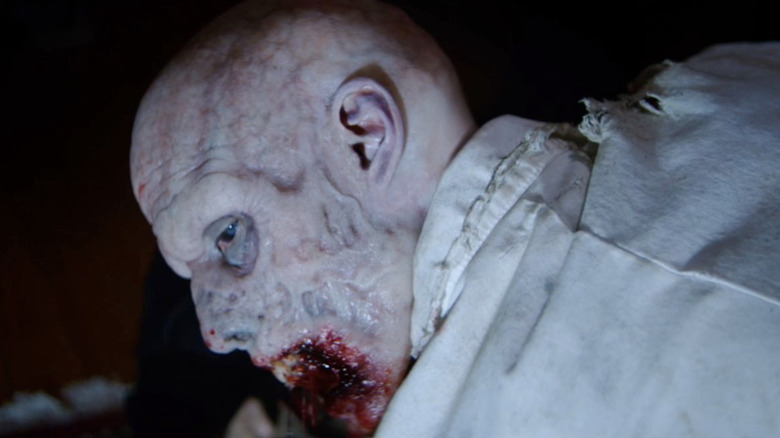 Since the games first debuted in 1996, “Resident Evil” has been a worldwide pop culture phenomenon. With a whopping 28 games, seven live-action feature films, five CGI animated films, four stage productions (including a musical), four in-universe documentaries, six dramatic audio albums, an animated series, and a live-action series adaptation on the way, it’s safe to say “Resident Evil” is one of the biggest franchises in history. The latest adaptation comes from Netflix, with the live-action series centered on franchise villain Albert Wesker debuting on July 14, 2022, a few days past a year since the streamer debuted the animated series “Resident Evil: Infinite Darkness” and eight months after Sony Pictures dropped “Resident Evil: Welcome to Raccoon City” in theaters. While all three projects were released within a short time frame, none of them are connected in any way with the exception of sharing source material. 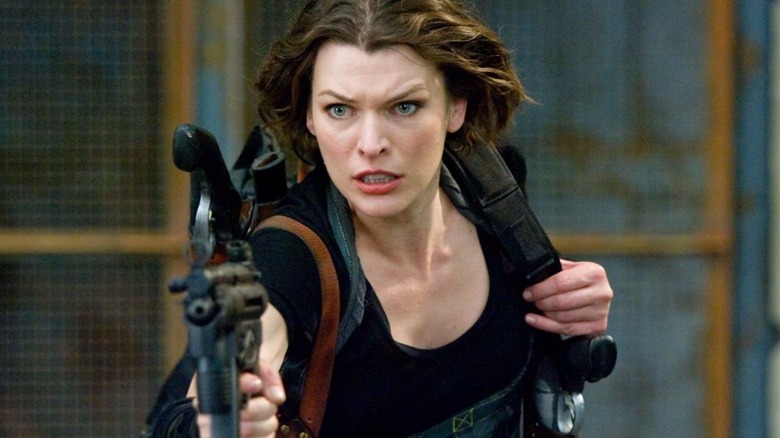 King of the zombies, George A. Romero, inspired “Resident Evil” creator Shinji Mikami, so it was no surprise that Romero was one of the first in mind to adapt the games for the big screen. His horror-focused, slow moving, faithful adaptation was deemed “too violent,” and Paul W.S. Anderson of “Event Horizon” fame eventually nabbed the job. Anderson took a wild swing, incorporating elements of the game into his script, but ultimately crafting a wholly new story and an inventive protagonist in the form of Milla Jovovich’s Alice. Rather than the creeping dread of the “Resident Evil” games, Anderson took a flashy, action-packed approach, and managed to create one of the most profitable horror film franchises in history.

There are plenty of fans who love the “Resident Evil” films for the bombastic action flicks that they are, but equally as many loathe the films for its lack of connection to the games. Plenty of the game’s memorable playable characters and iconic monsters like Lickers and Nemesis make appearances throughout the franchise, but Anderson’s films are a far cry from the stories established in the games. This isn’t necessarily a bad thing since it allows the games and films to be enjoyed separately for different reasons, but the story leaves much to be desired by those hoping for a more faithful interpretation of the material. Anderson cranked out six films in total, and while the first two at least tried to exist within the game’s universe, by the time “Resident Evil: The Final Chapter” rolled around, the series was essentially related to the game in name only.

Welcome To The Faithful Adaptation Of Racoon City 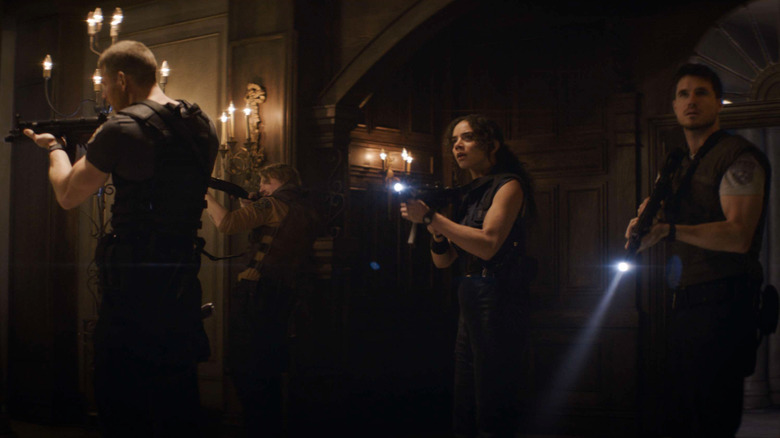 During the height of the pandemic, Sony debuted “Resident Evil: Welcome to Raccoon City” in theaters. The film, directed by Johannes Roberts (“47 Meters Down,” “The Strangers: Prey at Night”), was a reboot of the film franchise, prioritizing an authentic connection to the games rather than following Anderson’s oeuvre of zombie-killing shoot ’em ups. Roberts is an admitted huge fan of the games, and felt it necessary to pay respectful homage to the source material in whatever way he could, while still allowing the admittedly ridiculous aspects of “Resident Evil” to exist on screen. Unfortunately, for a multitude of reasons, “Resident Evil: Welcome to Raccoon City” was unable to match the financial heights of Anderson’s film series, despite its meticulous recreations of iconic game moments and locations like the Raccoon City Police Department, the Spencer mansion, and the Raccoon City Orphanage.

“Welcome to Raccoon City” was the first “Resident Evil” film to prioritize the horror that made the games so memorable, delivering the film that hardcore fans had been begging to see for nearly 20 years. Unfortunately, this didn’t resonate with general moviegoing audiences unfamiliar with the tone of “Resident Evil” games, and it certainly didn’t hit with those whose exposure to the franchise was through Anderson’s “Alice” series. To make matters worse, to a very, very vocal minority, the creative licensing Roberts took with casting and costuming was depressingly seen as a worse offense than Anderson’s disregard for the actual story, and audience response to the film suffered because of it.

Toxic Fans Will Never Be Happy 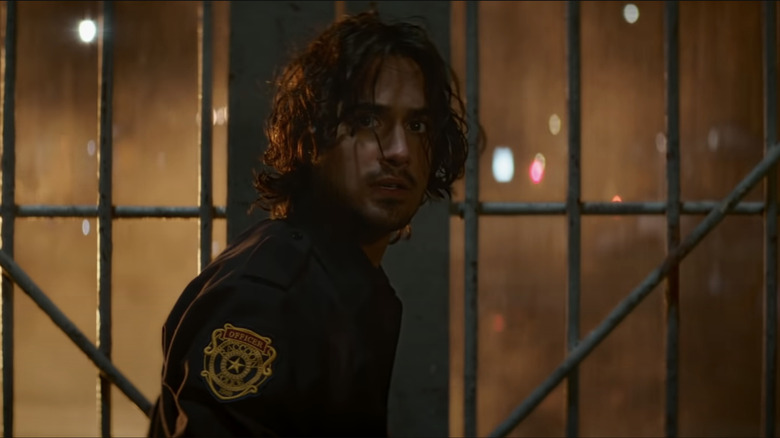 Roberts’ film was heavily inspired by the games “Resident Evil” and “Resident Evil 2,” featuring franchise-favorite characters like Chris and Claire Redfield, Albert Wesker, Police Chief Brian Irons, William Birkin, Richard Aiken, Brad Vickers, Lisa Trevor, Jill Valentine, and Leon S. Kennedy. The latter two were played by Hannah John-Kamen and Avan Jogia, both of whom are actors of color. There were some well-intended calls to recast Valentine with an Asian actor as she’s canonically French-Japanese, but for the most part, fans were upset that a Black woman and a Gujarati man were cast in roles typically played in the films by white people. Similar complaints have already started regarding the new Netflix “Resident Evil” series, as the traditionally white Albert Wesker is being played by absolute badass Lance Reddick, a Black actor.

This toxicity is not reserved for the films, unfortunately, as many people threw an absolute fit about the remake of the “Resident Evil 3” game modifying Jill Valentine’s skirt into a skort, so players could no longer see up her skirt when she crawled around through the game. Some so-called “purists” were annoyed at the change and cried “censorship,” but the majority of complainers were misogynists, upset that they could no longer sexualize a video game character, and declared it “woke” culture. Some fans will truly never be happy, but the difference between Anderson’s “Resident Evil” release in 2002 and the “Welcome to Raccoon City” release in 2021 is that social media has given a megaphone to whiny bigots, and their complaints have genuine influence on both audience outreach and studio decisionmaking.

A Successful Adaptation Is An Impossibility 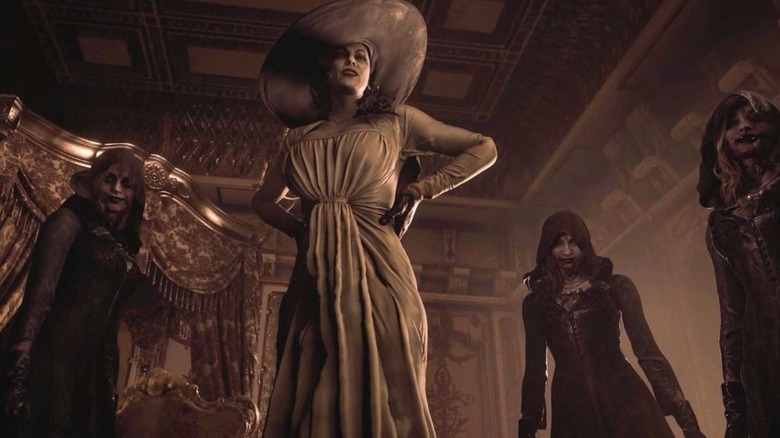 At this stage in the legacy of the “Resident Evil” franchise, the existence of a non-game adaptation that will appease all and bring in financial gain will likely never happen again. The fact of the matter is that “Resident Evil,” as a property, has grown beyond the world of the games. There are plenty of people who love the lore behind the evil Umbrella Corporation, the citizens of Raccoon City, and the impacts of the T-Virus outbreak who have never even touched a gaming controller. Even the games themselves exist in different eras with different styles, which means audiences are culturally no longer on the same page. Unfortunately, even pivoting to a new story like “Resident Evil 7: Biohazard/Resident Evil: Village” would alienate the casual fans whose only exposure has been through the film versions, and the stylistic shift would confuse the hell out of them.

What “Resident Evil” is has become a fundamentally futile question to answer, as the introduction, exposure, and experience with “Resident Evil” can mean a multitude of things. Fulfilling the wants and demands of everyone interested in a “Resident Evil” film or TV show is an impossible task, because subsections of fans are all clamoring for different things, sometimes in direct opposition to what other fans want. This makes the definition of “successful adaptation” subjective, and means anyone attempting to adapt the games should heed the advice of Wesker, “Good luck. You’ll need it.”

The post What Would Make A Resident Evil Adaptation Successful? appeared first on /Film.

‘Slash Film: How The Wizard Of Oz Changed Margaret Hamilton And Her Stunt Double Forever’