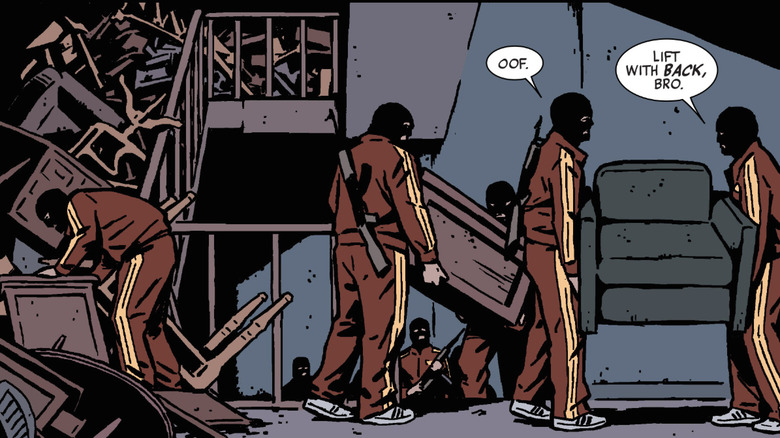 The Disney+ series “Hawkeye” is here, giving Marvel fans something to be thankful for just in time for turkey day. The Christmas-themed superhero series is based on the acclaimed Matt Fraction and David Aja run of the “Hawkeye” comic series, which debuted in 2012. That means that our hero, Clint Barton (Jeremy Renner), is going to be facing off against the Tracksuit Mafia, or “Tracksuit Draculas,” a group of Eastern European mobsters with a penchant for the word “bro.”

Let’s dig into who exactly these not-so-jolly jogger-clad criminals are, and what kind of impact they might have on “Hawkeye” and the greater Marvel Cinematic Universe.

Who Are The Tracksuit Draculas? 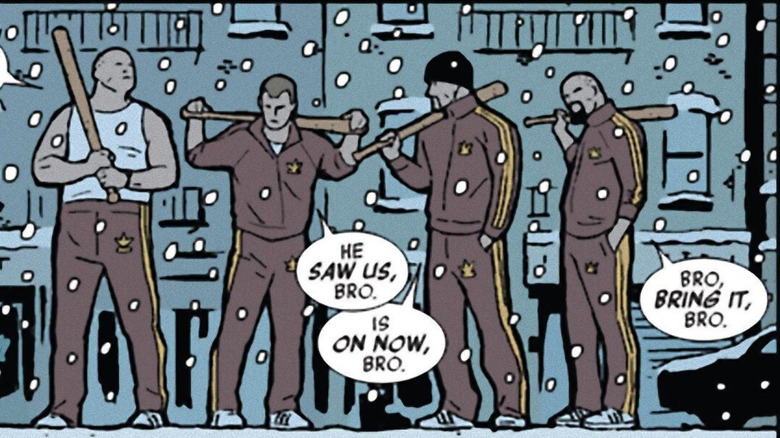 In Fraction and Aja’s comic book run, Barton is the one who gave the mobsters the nickname “Tracksuit Draculas,” though Kate Bishop discovers that they are also called titushkis, which are a kind of Ukrainian mercenaries. He is forced to deal with the mafia multiple times when he tries to force member Ivan Banionis to sell his apartment building to him. This sets off a whole slew of problems for Barton, and he ends up in a bitter feud with the bros. They mostly fight back and forth over the apartment building, though eventually it turns into an even larger turf war that sees the tracksuit-wearing troublemakers, and the end up hiring an assassin known as The Clown to kill Barton for good.

The Tracksuit Mafia are a street-level gang that don’t have the same kind of influence as someone like Kingpin’s Hell’s Kitchen crew, but they have both the numbers and ruthless brutality to make seriously trouble for Barton and Bishop. 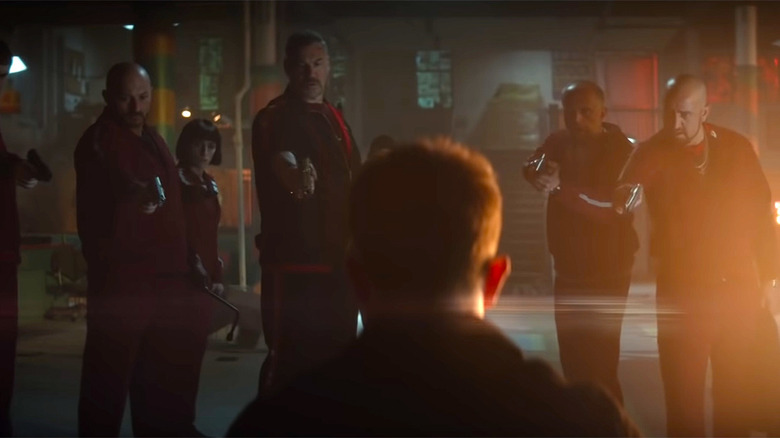 In the Disney+ series, Jeremy Renner’s Hawkeye will be joined by an up-and-coming superhero, the fresh-faced Kate Bishop (Hailee Steinfeld), and the two will try to survive both Christmas and the oncoming hordes of Eastern European gangsters trying to take them out. The two already face a pretty serious uphill climb figuring out their superhero duo dynamic, and it looks like they’ll have to figure it out while under some intense pressure. The Tracksuit Mafia might not be the most intimidating villains in the MCU, but that doesn’t mean they should be discounted. While they might not have the brains, they absolutely have brawn, brutality, and sheer numbers on their side.

The Soviet Union may have dissolved before some members of the Tracksuit Mafia were even born, but they’re still as hard as the hammer and as bent as the sickle that crossed it. They are willing to do whatever it takes to get what they want, and they’re able to throw as many bodies at it as they need. (It’s very similar to the U.S.S.R.’s military strategy over the years, if we’re being honest.) If one Tracksuit Mafia member dies, they just replace him with two others. Problem solved.

The post Who Are the Tracksuit Draculas? Hawkeye’s Villains Explained appeared first on /Film.