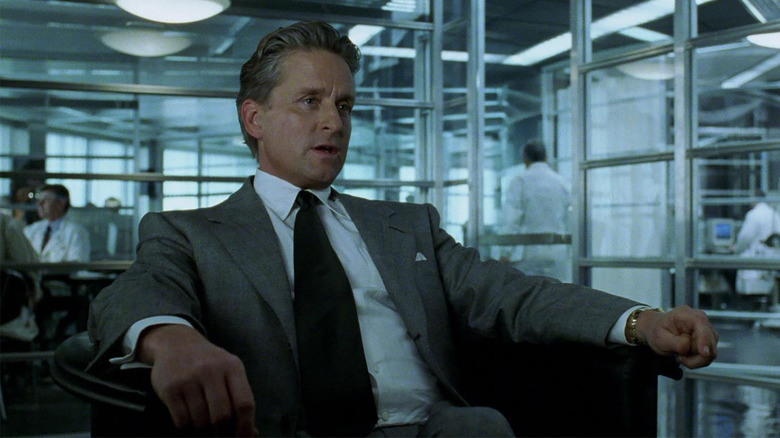 Director David Fincher‘s first feature, “Alien 3,” was, by all accounts, a massive disappointment. Not only did it encounter a litany of production problems, but the film wasn’t well-received critically (it currently holds a 46% approval rating on Rotten Tomatoes), even if it was a modest hit. Later, in his film “Fight Club,” Fincher would include a scene of a man going through a video store with an electromagnet merrily erasing all the VHS tapes of “Alien 3,” so audiences can intuit how he feels about the whole affair.

The next film Fincher began working on was “The Game,” a thriller about a yuppie who, to shake himself out of his humdrum, moneyed life, enrolls in a citywide scavenger hunt that may or may not be spiraling out of control as it progresses. Think of “Saw” if Jigsaw had a bigger budget. However, the sudden availability of Brad Pitt for Fincher’s intended third film “Seven” meant “The Game” was pushed back in favor of the serial killer project. However, because “Seven” ended up being a huge hit, and the critical community was eager to see what else Fincher had up his sleeve, “The Game” was now under a certain amount of scrutiny.

Though “The Game” did receive some critical praise, some reviews pointed to the film being a step down from the highs of “Seven.” It wasn’t until 2012 when “The Game” was granted a Criterion Collection edition Blu-ray that its critical reception had been officially reassessed. Despite this, Fincher remains cold on his third feature film. In a 2014 interview with IndieWire, Fincher revealed that he shouldn’t have made “The Game.”

David Fincher Doesn’t Like The Ending Of The Game 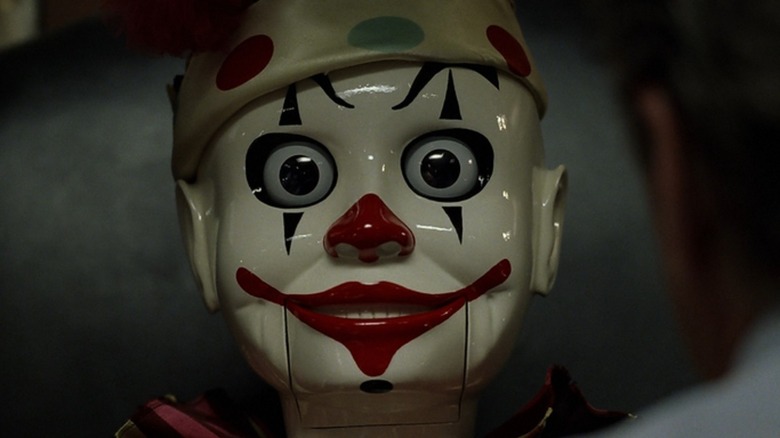 Beware of spoilers for “The Game” from here on out!

In the interview, Fincher revealed that his wife said he shouldn’t make “The Game.” One of the issues was the film’s easy ending, which Fincher feels was the weakest part of the movie. His commitment to being twisty, he now says, might have been alienating:

“… in hindsight, my wife was right. We didn’t figure out the third act, and it was my fault, because I thought, if you could just keep your foot on the throttle, it would be liberating and funny. I know what I like, and one thing I definitely like is not knowing where a movie is going. These days, though, it’s hard to get audiences to give themselves over. They want to see the whole movie in a 90-second trailer.”

In “The Game,” it turns out the Michael Douglas character’s game was not as dangerous as he had assumed, and many of the more harrowing scenarios that he was put through had been staged. Something of a cop-out ending where all the twists and suspicions were handily undone. Given the dark momentum of the film prior to its twist ending, a cleverer denouement would have been appreciated.

Looking back over his filmography, one can see Fincher drawn to ambitious projects that allow him to elbow at the sides of blockbuster norms. After “The Game,” he adapted Chuck Palahniuk’s book “Fight Club” to the big screen, followed by the intense, Hitchcock-inflected locked room drama “Panic Room” in 2002, and then “Zodiac” in 2007, one of the best crime films of its decade. Meanwhile, Fincher’s “The Curious Case of Benjamin Button,” “The Social Network,” and “Mank” were all nominated for Best Picture at the Academy Awards. 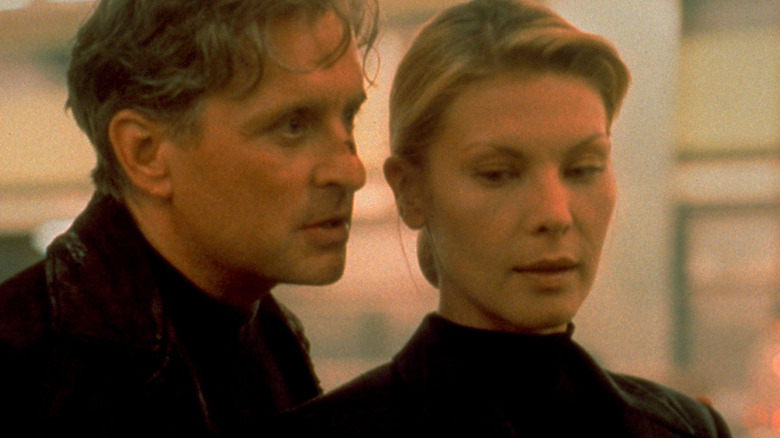 None of this is to say that Fincher would have liked to have made a bold, unambiguous, easy-to-consume adventure picture given the chance. One might be familiar with Fincher’s attempts in the early 2010s to get a film adaptation of Jules Verne’s “20,000 Leagues Under the Sea” off the ground. Brad Pitt was even in talks to play Ned Land, the brash harpooner who would go on adventures alongside Captain Nemo. In an interview with Playboy (no longer posted online, but salvaged by FirstShowing). Fincher was even enthused:

“It was smart and crazy entertaining, with the Nautilus crew fighting every kind of gigantic Ray Harryhausen thing. But it also had this riptide to it. We were doing Osama bin Nemo, a Middle Eastern prince from a wealthy family who has decided that white imperialism is evil and should be resisted,” Fincher told the magazine. “The notion was to put kids in a place where they’d say, ‘I agree with everything he espouses. I take issue with his means—or his ends.’ I really wanted to do it, but in the end I didn’t have the stomach lining for it.”

“20,000 Leagues Under the Sea” was not made, as Disney likely became skittish after the failure of “John Carter.” It seems that Fincher, when following his instincts, wants to thrill audiences, but he is too creative to let pat or predictable endings or bold uncomplicated adventures merely stand. The third act of “The Game” is something he clearly has little enthusiasm for. Luckily, thanks to his continued success as a maker of prestige pictures and his reputation as a maker of thrilling genre classics, Fincher seems to have earned the clout to follow his passions toward more challenging projects.

The post Why David Fincher Thinks He Shouldn’t Have Directed The Game appeared first on /Film.

/Film – ‘Slash Film: Why David Fincher Thinks He Shouldn’t Have Directed The Game’
Author: Witney Seibold
Go to Source
May 11, 2022

‘Slash Film: Year Of The Vampire: In Horror Of Dracula, Christopher Lee Gave The Genre Its First Real Teeth’