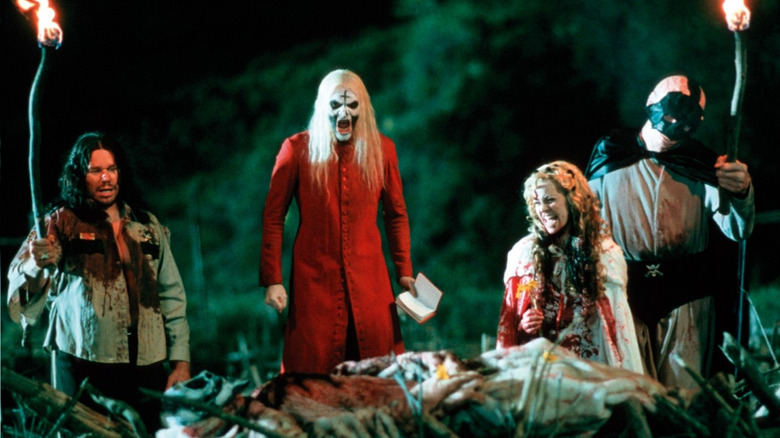 Rob Zombie is something of a prophet. Shaking off poor critical reviews of his films, the multihyphenate once said:

“At first they say it’s not as good as the last one, and then you come out with a new one and suddenly everyone loved the one before.”

Nothing truer has been said of “House of 1000 Corpses,” Zombie’s early-aughts directorial debut. Admittedly a crash course in filmmaking for the “31” director, “House” and its chronicle of a murderous psychobilly family got dismal reviews upon its release in 2003. Now that the film is nearly old enough to buy liquor and hit the casino, subsequent feature efforts like the debauched clownshow “31” and trilogy-capper “3 From Hell” have proven Zombie right by elevating his thousand corpses to a more prestigious position in the Zombie movie pantheon. The film has since become a cult classic, and like other cult classics, there’ve been rumblings of lost footage and unreleased alternate endings. Indeed, the full film screened uncut at Mar del Plata Film Festival in Argentina in March of 2003, where the festival program shows its runtime at 105 minutes instead of the 89 it now sits at. Zombie himself addresses rumor, speaking with Dread Central:

“I don’t think it ever will [be released] because I don’t think anyone knows where any of it is, truthfully. Even when they put together the DVD, which was 13 years ago, we couldn’t find anything because they had shot two hundred interviews in the time since the shoot. We had behind-the-scenes stuff, make-up tests, all these different things; and nobody could find it. It was all lost. That’s why I think whatever exists is all that’s going to ever exist.”

There you have it, folks. No more cyborgs, no more hooks, no more Spaulding’s dirty looks. 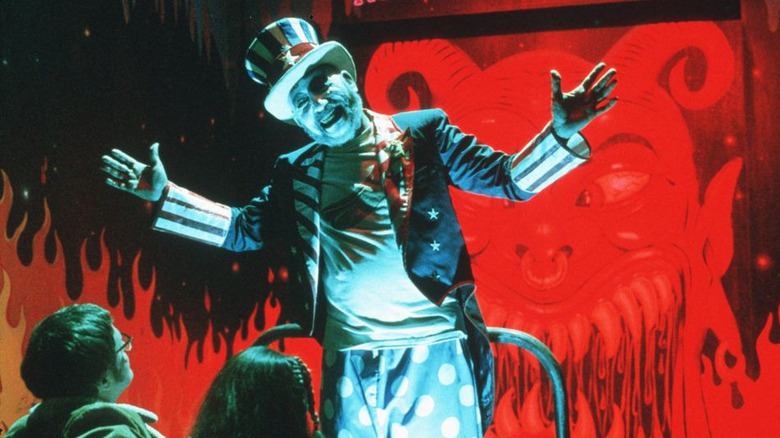 So despite the film making its way into the pop culture consciousness, no director’s cut is ever happening for “House of 1000 Corpses.” But what was in that lost footage, anyhow? Mostly a whole lot of gore. When Universal got wind of how gnarly Zombie’s movie was, they shelved it, fearing an NC-17 rating. Then it went to MGM before finally landing at Lionsgate where cuts were made to accommodate a hard-R rating.

Lost among the studio jumble was a foul ending for the doomed Jerry Goldsmith. While the film has him dispatched on Dr. Satan’s operating table, actor Chris Hardwick confirms in a 2017 Facebook post that his character originally suffered “a different but gruesome ending” before Universal shelled out more money for Zombie to actually show Dr. Satan. That ending sees Hardwick’s Goldsmith eaten alive by zombies. 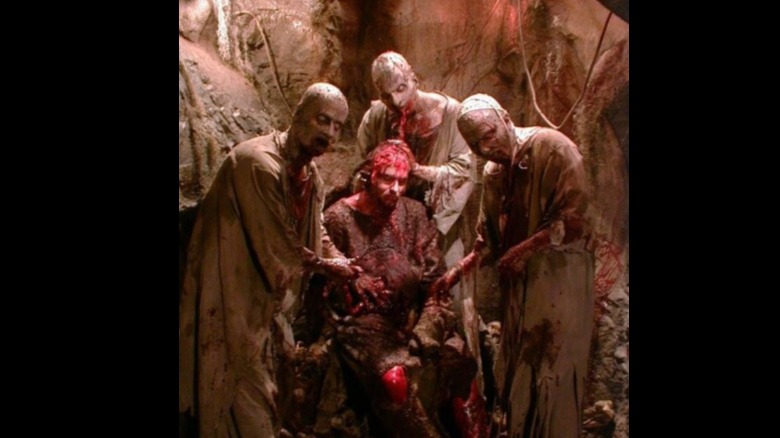 Not that death by slow vivisection is any better than being a human charcuterie board.

An interview with Slasherama reveals that Otis (Bill Moseley) spent more time with Bill Hudley (Rainn Wilson) than the theatrical cut shows; the torture sequence that led to Hudley’s debut as “Fishboy” went on for several more agonizing minutes. Bonus: the “House of 1000 Corpses” audio commentary affirms that the Fishboy sequence wasn’t even filmed until after Universal rejected the movie. Other cut footage includes extended scenes with the tourists (cut for length) and the entire excision of b-movie queen Jeanne Carmen as “Miss Bunny,” a dead animal puppeteer with a show “like a psychedelic ‘Pee-wee’s Playhouse,'” made even more tragic by Carmen’s passing in 2007.

As with all lost footage tales of sorrow, it sounds like the fans were robbed through a series of unfortunate events.

The post Why We’ll Never See a House of 1,000 Corpses Extended Cut, According To Rob Zombie appeared first on /Film.