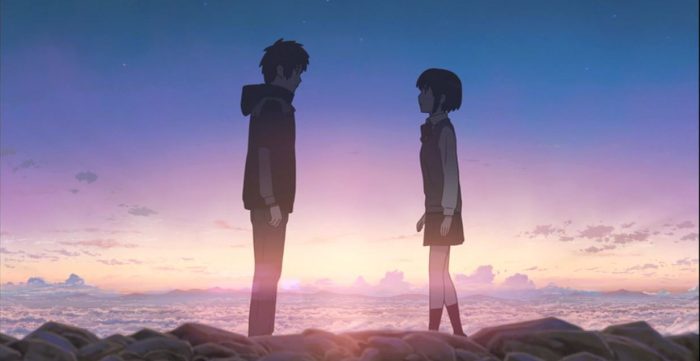 Bad omen, or just a temporary and innocuous setback?

Many skeptical eyebrows were raised with the announcement that Hollywood would be taking a stab at remaking the immensely popular Japanese anime Your Name. Now, however, one of the biggest reasons to be hopeful about the project has walked out the door. Minari director Lee Isaac Chung, previously announced to both direct and rewrite the latest draft of the script, has bowed out from helming the remake.

Per Deadline, those pesky and ever-present “scheduling conflicts” are to blame. This doesn’t appear to be a sudden exit, as the report indicates that Paramount is already full speed ahead on filling Chung’s shoes and has even made contact with several prospective replacements.

The Best Picture-nominated Minari, of course, immediately put Chung on the industry’s radar in a big way and the Korean-American filmmaker was expected to draw from similar personal influences as Minari in bringing this Your Name reimagining to life. In any case, that’s not to be, and it remains to be seen how the search for the next director ultimately will affect the look, feel, and overall story of this production.

Why Mess With Perfection?

The original Your Name, nothing short of a masterpiece from director Makoto Shinkai, is a tough act to follow — let alone try and improve on. It’s hard not to be reticent about the idea of an American remake, especially one that would apparently be made pointedly “through the lens of a Western viewpoint.” Shinkai’s film works as well as it does precisely because it brings such a specific cultural insight into an otherwise universal story about fantastical, body-swapping romance.

Few can doubt producer J.J. Abrams passion and love for the material, which is why his studio Bad Robot made such a strong offer for the rights to the film when it was first made available in 2017. But especially considering the successful filmmaker’s overwhelmingly reverent approach to the influences behind many of his films, it has to be asked whether remaking this particular film is truly the best use of time and money and talent.

Previous reports suggested that the setting for the remake would move from Japan to America, involving a Native American girl and a Chicago-based boy experiencing a body-swap and ultimately falling in love. It’s unknown whether the details of this story have been changed with either Emily V. Gordon’s (The Big Sick) rewrites or Chung’s, to say nothing of whatever adjustments are made with whoever is picked as Chung’s replacement now. But needless to say, a particularly deft cultural touch would ideally be a priority here.

We’ll bring you more news on this project as it comes in.