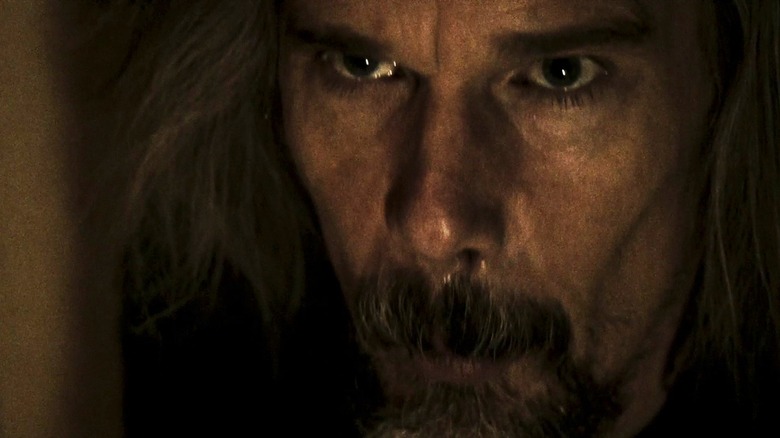 I’ve watched the “Zeros and Ones” trailer multiple times and I still have so many questions, and I’m betting you do too! Don’t worry, we’re going to explore them together and by the end of this, both of us will probably (read: hopefully) know what’s going on with the wild looking film, “Zeros and Ones,” starring your favorite sad dad/train-based love interest Ethan Hawke, who sounds like he’s playing a guy who loves to yell.

Zeros And Ones Release Date And Where You Can Watch It 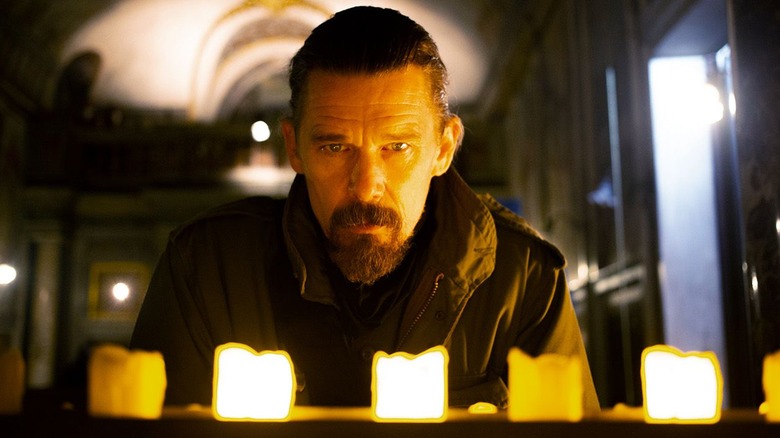 “Zeros and Ones,” which I keep calling in my head “Ones and Zeros” because it’s fun to make things hard, will be available to stream on Apple TV+ (and in some theaters on November 19, 2021, and it might just be the offbeat family Thanksgiving movie you’re looking for. Remember the one year when everyone watched “The Irishman” with their family because it seemed like the kind of movie your parents would be into and also your siblings probably wouldn’t hate it? Well, I don’t know if “Zeros and Ones” has the same fun for the whole family energy, but I can definitely see it provoking some fun family arguments.

What Is Zeros And Ones? 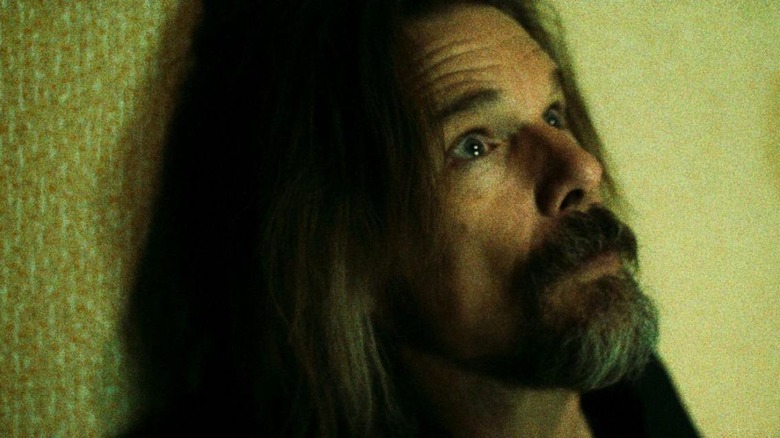 What a great question. “Zeros and Ones” is a brash and chaotic thriller that is packed to the gills with action, intrigue, and Ethan Hawke yelling about how more people should be lighting themselves on fire (probably metaphorically, but who really knows). The film was directed by Abel Ferrara, who shot everything in Rome while it was under a strict COVID-19 lockdown, curfews included. Early reviews of the film all comment on the fact that this is a movie that harnesses the paranoia of the pandemic and turns it into shadowy espionage action fuel. It’s dark and chaotic, just like our lives!

Zeros And Ones Director, Crew, And More 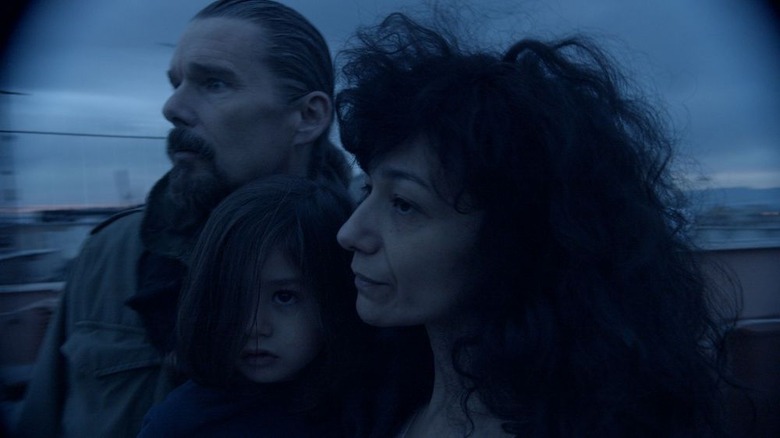 This is very much an Abel Ferrara film. You may know the director from his previous thrillers “Bad Lieutenant,” “King of New York,” and “Ms. 45” and those should give you an idea of what you can expect here. Mainly, complicated characters with a lot going on and a very specific moral compass. Ferrara is joined by cinematographer Sean Price Williams (who worked on “Good Time”), editor Leonardo Daniel Bianchi (who worked with Ferrara on “Sportin’ Life”), and composer Joe Delia (“Bad Lieutenant,” “King of New York”) for this film.

Zeros And Ones Cast 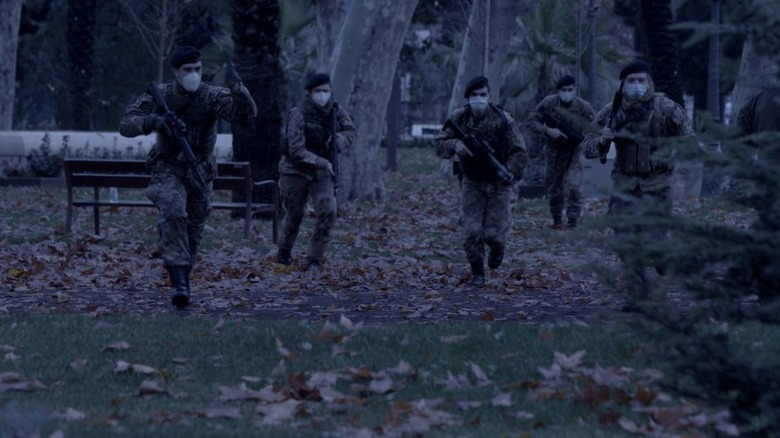 Well, there’s no other way to say it, but Ethan Hawke plays two characters in this movie. They’re brothers, so I can see how Ferrara saved money by not having to find another guy that looks like Hawke, but it makes this movie sound even more insane than it already is. Besides Hawke, you can expect to see performances from Cristina Chiriac (“Siberia”), Babak Karimi (“A Seperation”), Valerio Mastandrea (“Perfect Strangers”) and more. Really though, this Hawke’s time to shine and he is reveling in that Matthew McConaughey in “True Detective” energy.

Zeros And Ones Trailer And Synopsis

Now that we’ve gone through all of that and you have the full context for this buckwild movie that is truly giving my aggro Dan Brown vibes, check out the official synopsis and press play on the trailer. You won’t be disappointed. There is so much going on:

In the aftermath of an apocalyptic siege, “Zeros and Ones” follows the American soldier JJ as he navigates a locked-down, murky world of fear, paranoia and eventual hope in the shadow of the vatican. A war between history and the future plays out until dawn breaks. A casbahesque landscape of noir streets, the feeling of Paris at the end of the occupation – but set in today’s post-modern, ancient and unchangeable Rome.

Read this next: The 20 Best Heist Movies Of All Time

The post Zeros and Ones: Release Date, Cast and More appeared first on /Film.