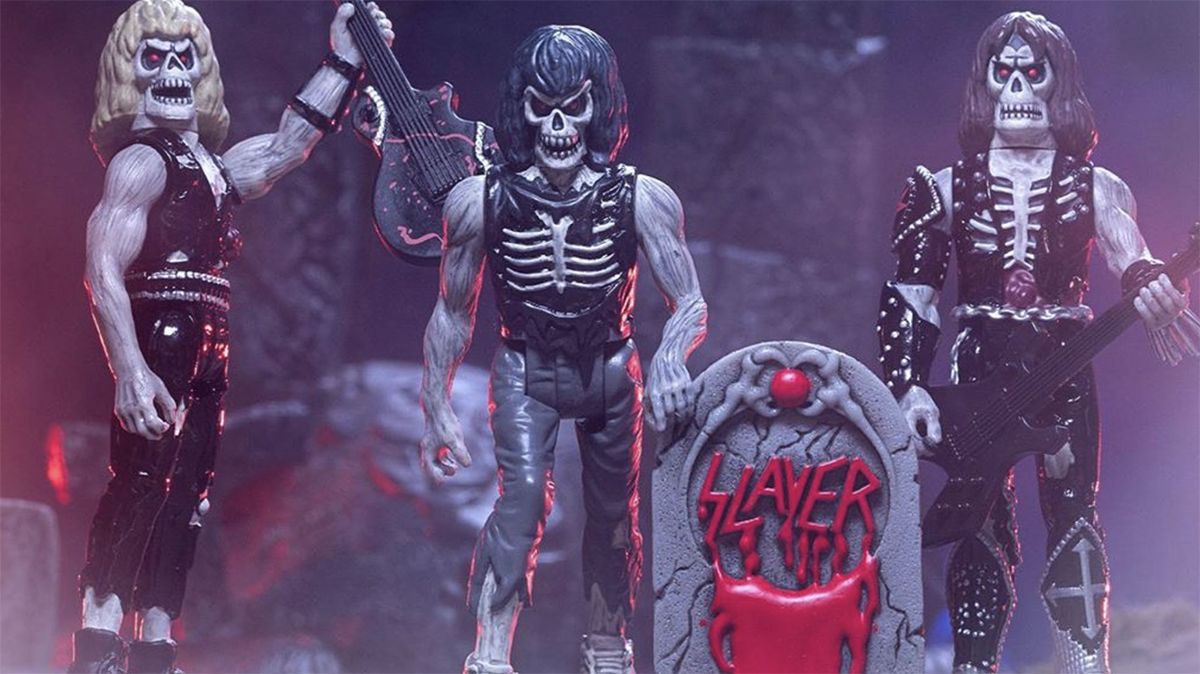 They’ve picked out Tom Araya, Jeff Hanneman and Kerry King from the record’s cover art – although Dave Lombardo is strangely absent – and will release them in a box set.

“Inspired by the band’s 1984 live album, it features the undead band members as 3.75-inch ReAction Figures with the bleeding headstone right out of the record’s cover art.

“The set comes with two guitar accessories packaged in a graveyard window box.”

Pre-orders for the set will get under way later this week from the Super7 website.

Back in February last year, the company launched a 3.75-inch Re-Action figure of the demonic minotaur from the cover of the band’s 1983 debut album Show No Mercy. Not only was the flaming head recreated, but it also came with a cape and sword accessory.

A glow in the dark version was also released.

Super7 also have a range of figures inspired by artists including Iron Maiden, Megadeth, Anthrax, Venom and more.

The first step to getting the things you want out of life is this: decide what you want.