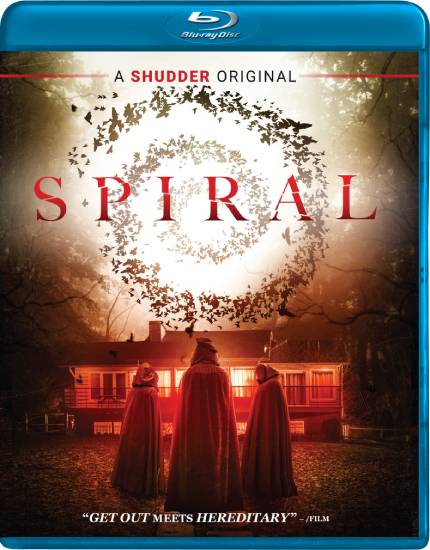 It’s giveaway time again everyone. Our friends at RLJE Films are releasing Kurtis David Harder’s thriller Spiral on DVD and Blu-Ray on January 19th. They acquired the rights for Spiral from their AMC counterpart Shudder and we have three (3) copies on Blu-Ray to give away this week.

In SPIRAL, a same-sex couple moves to a small town so they can enjoy a better quality of life as they raise their 16-year-old daughter. But nothing is as it seems in their picturesque neighborhood. And when they see that the folks next door are throwing a very strange party, being the new family in town suddenly feels extremely dangerous.

To enter our giveaway is simple. Be a resident of the U.S. Entries are limited to one per household, and answer our fact finding question below. When you have the answer email us here to enter. Ready?

This is not the first time that Canadian actors Chandra West and Lochlyn Munro have appeared as a couple in a horror film. Name the first horror film they starred in as a couple.

When you have the answer you may email us here with your answer. We will take entries up to midnight (PST) on Monday, January 18th. Good luck to all who enter.

‘Slash Film: ‘Fall River’ Teaser: True-Crime Docuseries From Blumhouse to Premiere on Epix This May’

Shudder is Bringing Silent Horror, Madness, and More in March 2021