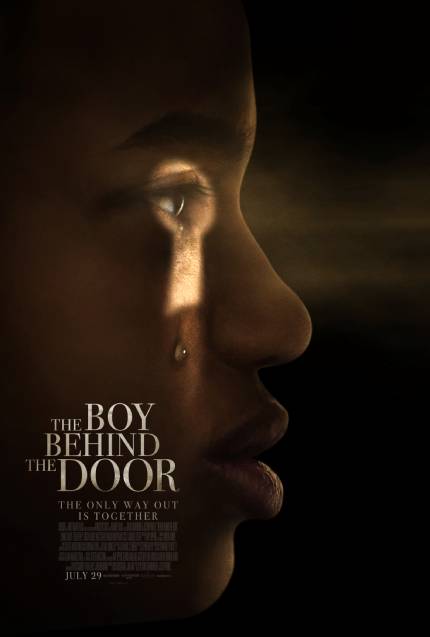 Young Bobby and his best friend, Kevin, are abducted on their way to their baseball game. When Bobby breaks out of the trunk of the car he’s trapped in he sees that they’ve been taken to a home in the middle of nowhere, just rolling hills and pumpjacks as far as the eye can see. Unwilling to leave his best friend behind Bobby enters the house and tries to find Kevin without being caught by their kidnapper. The arrival of a second stranger only adds to the urgency of the moment.

The Boy Behind the Door is all about the primarily silent tension and the game of cat-and-mouse that happens between Bobby and the strangers. Directors and writers, David Charbonier and Justin Powell, go to wring your nerves, trying to get every drop of fear out of you in the first half of their first film. Breaks in the tension come with moments of discovery and contact, then it’s back on again as they keep coming back to something as simple as the wrist watch on the first stranger that counts down. Counts down to what?

When they let the cat out of the bag the action and the volume pick up, but not so much that its overwhelming to the viewer. No sense blowing out your physical and mental ear drums, right? They understand that up to now you might’ve been holding your breath the whole time. There’s no sense having you gasp for air by trouncing you with excessive sounds and images.

The Boy Behind the Door is a spotlight on it’s young lead Lonnie Chavis as Bobby. No doubt Chavis’ involvement in the popular drama series This Is Us had prepared him and gave him the tools to emote as much as is required of a scared little boy facing the unknown. I’m guessing this is the case as I’ve only seen commercials for that show and thought, ‘Boy, I bet that’s heavy with life’s lessons and hardships’. With this role and another recent starring role in the family drama fantasy, The Water Man, Chavis is poised to become a regular in the genre scene, if he wants to. His co-star, Ezra Dewey, does a fine job as the locked up Kevin, though there is little else for him to do in this story. The focus of this story is on Chavis’ Bobby and him braving the dangers inside the house. 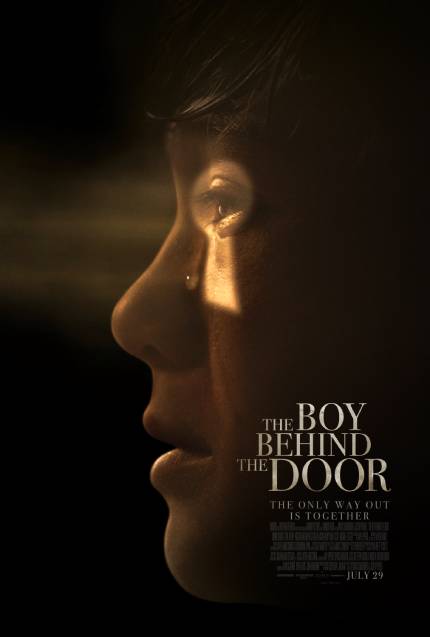 The Boy Behind the Door is a decent chiller. It quickly establishes a foundation of tension and fear then gives viewers an appropriate release as it opens up in the back half. It is a credible debut from filmmakers David Charbonier and Justin Powell. Oddly The Boy Behind the Door arrived after their second film this year, The Djinn, in which they brought back young star Ezre Dewey to take the lead that time.

Just an aside. I’m unsure if the filmmakers had to plant their partisan flag like they do in this film. You could just let evil be evil without pointing at a specific group. But, with sight of a simple red bumper sticker half of us will have already made up our mind. We get it though. You’re making your film, during one of the most turbulant U.S. presidential terms, ever, and you felt the need to say something about it. I’m sure there are very good people on both sides (ducks for cover).

The Boy Behind the Door will be available exclusively on Shudder beginning Thursday, July 29th.

The Boy Behind the Door

ScreenAnarchy – Review: THE BOY BEHIND THE DOOR, A Decent Debut Chiller
Author:
Go to Source
July 20, 2021

“Fear the Walking Dead”: Morgan is Back in Six-Minutes of First-Look Footage from Season 7