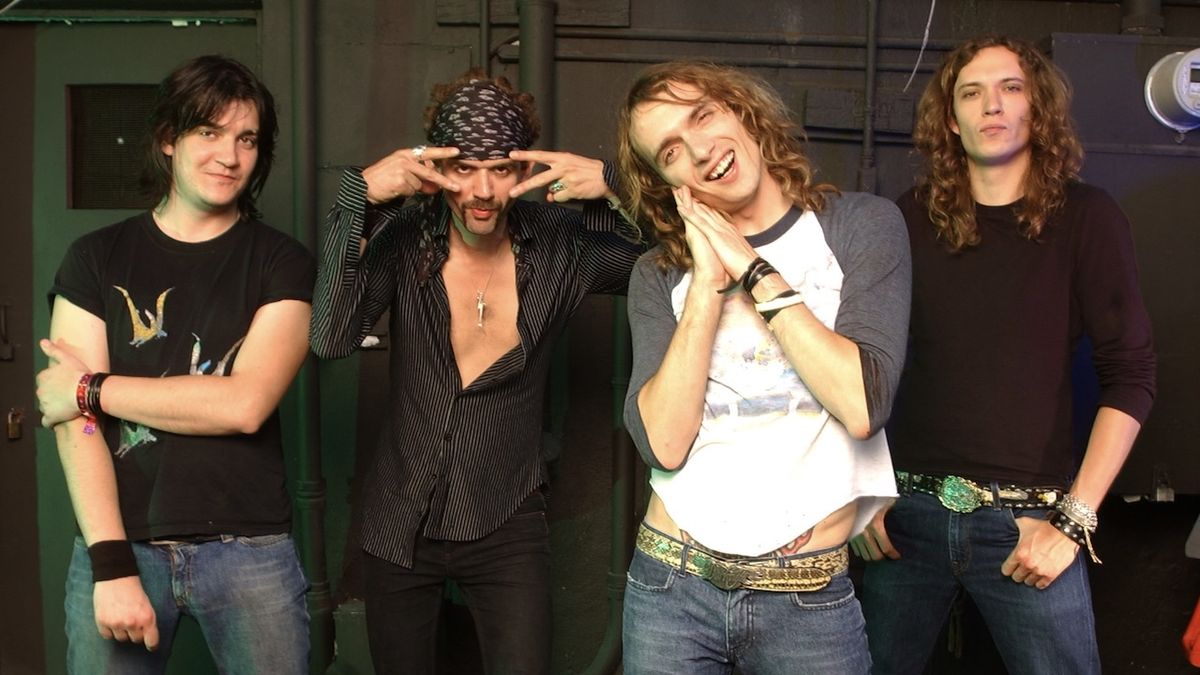 The Darkness‘ Justin and Dan Hawkins have revealed that their band’s signature anthem I Believe In A Thing Called Love arose from a shared band mission to write “the stupidest song ever.”

“I expected us all to feel embarrassed playing it,” Dan Hawkins admits in a new interview with The Guardian.

The Hawkins brothers discuss the song’s origin story for the newspaper’s How Me Made column, revealing that the song started life at The Table Of Truth… aka the kitchen table in the flat Dan Hawkins shared with bassist Frankie Poullain.

“I can’t remember who said it but we were having a conversation along the lines of: ‘Why don’t we just write the stupidest song ever?'” Dan Hawkins remembers. “It was probably Justin, my brother, who came up with the first riff: he and Frankie were sparring with that ridiculous chorus line very early on.”

“Things that are cartoonish and ridiculous – that’s my raison d’être,” says Justin Hawkins. “The ridiculous things that the Darkness do are tempered by Dan’s actual good taste. For me to be turned on, it’s got to have something in it that makes him go: ‘You can’t do that.'”

“I remember when we rehearsed the song, our manager came down and just said: ‘That’s a hit, that is’. This was news to us.”

First released as the lead-off track on The Darkness 2002 EP of the same on the tiny Must Destroy label, the song was subsently re-released as the third single from the band’s debut album, Permission To Land, a year later, and peaked at number 2 in the UK charts.

“We never considered ourselves a singles band, which was why that song was a problem for me in the first place,” Dan Hawkins insists. “For me, the Darkness was about albums and being an incredible rock band. I wasn’t bothered about being popular.”

Louder Sound – The Darkness say that I Believe In A Thing Called Love originated from their desire to write “the stupidest song ever”
Author:
Go to Source
January 24, 2023

THE WEEKLY INJECTION: New Releases From …AND OCEANS, STEVE VAI & More Out Today 1/27