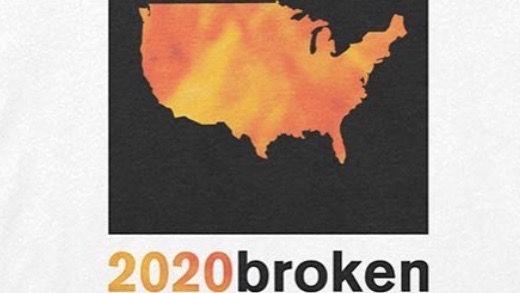 Nine Inch Nails have long offered visions of a dystopian future, so it seems entirely appropriate that Trent Reznor’s band should now have a new merchandise range described as reflecting “our anxiety and anger during this unprecedented time.”

The Pandemic 2020 range, available for “a very limited time” from the band’s merch store, feature lyrics that are all too relevant at a time when normal life has been put on hiatus by the spread of Covid-19. One new T-shirt design features the lyric “Every Day Is Exactly The Same”, the title of the third single lifted from 2005’s With Teeth album, while another carries the lyric “New world New times Mutation feels alright”, taken from Shit Mirror, a track on 2018’s Bad Witch.

Two other T-shirt designs feature the American flag: one references the burning artwork for 1992’s Broken EP and reads “2020 broken”, while the other displays Reznor’s lyric “Used to stand for something” from Capital G, as heard on 2007’s Year Zero.

More optimistically, a fifth design features the line “we’re in this together”, borrowed from the title of a track on 1999’s The Fragile.

The future belongs to those who believe in the beauty of their dreams.