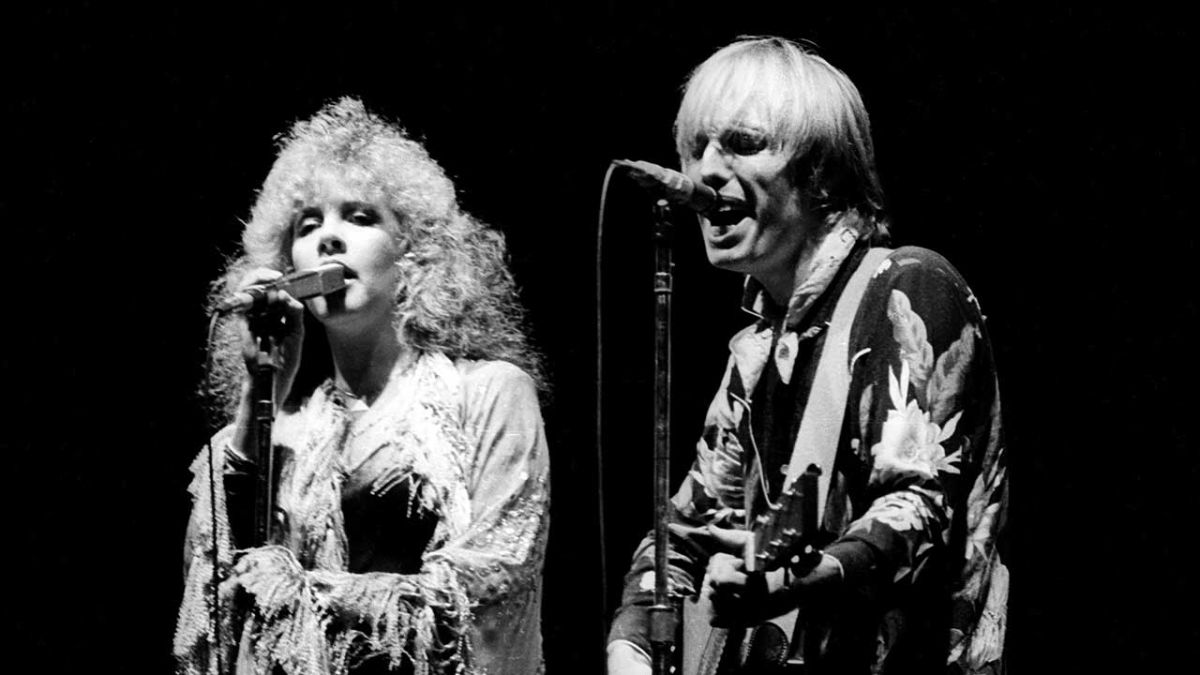 In late 1980, while Tom Petty And The Heartbreakers were recording what would become their album Hard Promises, Petty became increasingly aware of a certain famous fan trying to crash the line-up of the group.

“Stevie Nicks was saying all the time: ‘I’m going to leave Fleetwood Mac and join The Heartbreakers,’” Petty said in the 2007 documentary Runnin’ Down A Dream. “Yeah, that’s good, Stevie, but there aren’t any girls in The Heartbreakers.”

“I almost preferred the Heartbreakers’ music to Fleetwood Mac’s music at that point,” Nicks said in the same film. “So I called Jimmy Iovine and asked him if he would consider producing my first solo record. I thought maybe this is the way to get that Tom Petty And The Heartbreakers sound. And I wanted to be friends with Tom, and friends with the Heartbreakers.”

Nicks was coming off the year-long epic journey of making Fleetwood Mac’s Tusk album, which at the time was the most expensive and time-intensive rock album ever recorded. So a new band surely had some allure.

“There was no drama between her and the Heartbreakers,” founding member/ keyboard player Benmont Tench tells Classic Rock. “In Fleetwood Mac, there was a lot of personal stuff going on. Then she steps in the room with us, a rock’n’roll band that’s fronted by a guy she adores. I think it was a breath of fresh air for her.”

If Stevie couldn’t join the band, she thought at least she could convince Petty to write something for her.

“She started a campaign for me to write her a song, and I kept saying: ‘No, I don’t have time,’” Petty recalled. “And she said: ‘Please, just write me a song.’ So she wore me down. When you write for other people, you often write in their style. But the truth is if somebody comes to you looking for a song, they’re really looking for something that sounds like you; they’ve got plenty of things that sound like them. She was more attracted to the bluesier music, because it was something she didn’t do. So I wrote her a song called Insider. I played it for Jimmy and he was just elated.”

After the track was recorded, Nicks went to Sound City studio in LA, and Petty sang Insider with her. “Stevie naturally gravitated to the harmony part,” Tench recalls. “And Tom loved the way her voice sounded. The harmony blend was perfect.”

Petty then had to make a tough quick decision. “When she came in the control room, I said: ‘Stevie, I’m really sorry but I don’t want to give you this song.’ And she said: ‘I completely understand.’”

At this point the story gets hazy. In 1981, Petty said that out of “terrible guilt” he offered to give Nicks another song instead of Insider, and played her a few castoffs from that year’s Hard Promises sessions. She jumped at Stop Draggin’ My Heart Around, which Petty co-wrote with guitarist Mike Campbell.

Petty thought he was giving her the song, not the recording. “We’d already cut it as a Heartbreakers song, with Tom singing the whole thing,” Tench says. “At the same time, Jimmy Iovine was dating Stevie, though he was keeping it clandestine. And I think Jimmy thought the song could be a hit for her.”

The song’s irresistible swampy groove, punctuated by Campbell’s searing guitar stabs and Tench’s Booker T-like organ fills brought out a sassy repartee between the two singers, even if the duet was concocted in the studio by Iovine.

Petty’s initial reaction was not enthusiastic: “He plays me Stop Draggin’ My Heart Around, the same track, with her singing,” Petty said in Runnin’ Down A Dream. “I go: ‘Jimmy, you just took the song…’ His comeback was like: ‘This is gonna buy you a house.’ But it pissed me off because it came out at the same time as our single [A Woman In Love], and I think ours suffered.”

Released in May 1981 as the first single from Nicks’s debut solo album Bella Donna, its old-fashioned groove stood out amid the new wave and synth pop of the time. On the single’s label the artist was down as ‘Stevie Nicks (with Tom Petty And The Heartbreakers)’.

“Why couldn’t Insider and Stop Draggin’ have been on both Hard Promises and Bella Donna?” Tench ponders now. “I guess back then that’s not the way it worked. I wish the song was more recognised as Tom Petty And The Heartbreakers with Stevie Nicks. But they sang so great together.”

When 15 years later Nicks asked Petty to write her another song, the circumstances were much different. Nicks told me: “I had been in and out of rehab and I was really down. Tom was playing in town, and we went to dinner the night before. I asked if he would help me write a song.

“And he just flat out, in the Tom Petty swamp dog way, said: ‘I’m not going to help you write a song, because you are, in my opinion, Stevie, one of the premiere songwriters of our time. You just need to go back to your house and sit in front of your piano and start writing.’ Something about the conversation really hit me. It gave me a new lease on life – if Tom Petty thinks I can do it, then I guess I can.”

“Several years before Tom passed away, Stevie came on a tour with us and played tambourine and sang back-up,” says Tench (who is currently working on his second solo album and is always in touch with his old bandmates).

“And during the tour, Tom gave Stevie a sheriff’s badge that was sterling silver with diamonds, and it said: “Honorary Heartbreaker.”

“I pretty much credit Tom with my solo career,” Nicks said. “He’ll laugh and be sweet and not be conceited about it, but it really is true.”

Louder – The story behind Stevie Nicks and Tom Petty’s Stop Draggin’ My Heart Around
Author:
Go to Source
August 19, 2020