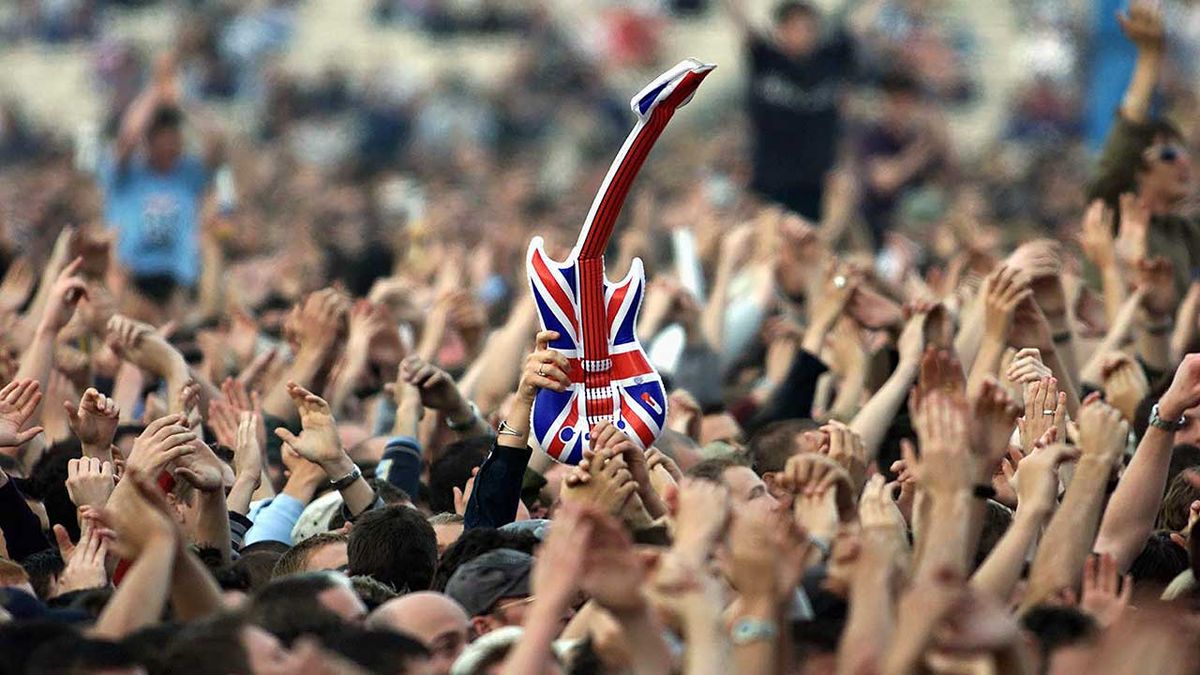 It was truly wild. The 90s had already proved massively lucrative with the unlikely ascent of Seattle as the epicentre of disaffected youth culture and the ironic mainstreaming of “alternative rock”. And then, quite suddenly and without warning, Oasis appeared. All ears turned towards Britain, and Britain was happy to oblige.

To the outsider, Britpop could be confounding. Bands would choose one-word names, seemingly at random, that offered no accurate descriptor for what they might sound like. Say what you will about the obviousness  of 80s rock, but at least you knew what a band called Circle Jerks, Guns N’ Roses or Haircut 100 was gonna sound like. Menswear, tho? Travis? Salad? No clue.

Artwork was often obtuse, and if it did picture the band, said band often looked more like the underachieving friends of some other, cooler group. But the songs were undeniable. Britpop’s biggest guns made the old sound new again. Oasis, Blur, Pulp, they all mixed an affection for 60s psych, 70s glam, and whatever else was swirling around in their heads into amazing new shapes that not only became national anthems, but turned the whole world onto the singular pleasures of the perfect pop song.

The second British Invasion had begun. Forget Nirvana, man. Oasis – or maybe Blur, depending on the week – were going to be The Biggest Band in the World.

And then it all just sorta fell apart, and everybody moved on. “The industry” vomited up nu-metal as a last gasp. The internet shot it in the head, and everybody spent the next decade downloading old Rolling Stones bootlegs and “stealing” Metallica records that we already owned. The end. But here’s the fun part.

You may remember the slew of “junkshop glam” compilations that came out in the last decade (Boobs, Velvet Tinmine, etc) that carefully curated long-gone and utterly forgotten glam-pop gems from the glitter rock era. Well, with the 2-disc Super Sonics collection, Cherry Red Records is now taking a stab at the same format, only with 90’s Britpop.

For every massive Britpop hit there were a dozen near-misses, for every Charlatans there was a Weekenders. Super Sonics shines a light on the almost-weres, and it is a revelation. There are some absolute diamonds on these discs, stuff that would get raved about in NME (and then trashed a few weeks later) but were impossible to hear, at least here in the states.

As curator and DJ Martin Green explains in the pithy liner notes, the scene centered around a club night called Smashing, a sort-of Batcave for 90s kids in feather boas and tracksuits. Smashing is where many of these bands met, formed, debuted, and ultimately died.

A few of them had a bit of a name at the time (Huggy Bear, Kenickie, Heavenly, Bis), but most are completely obscure unless you were actively making the scene at Smashing and its near-orbit satellites. I mean, World of Leather? Mambo Taxi? David Devant and his Spirit Wife? For most of us, this is a peek into a world we never knew existed.

The discs are loaded with sterling tracks. Take, for example, the swoony Afrodisiac by Powder, all dive-bombing glam rock guitars, irresistible hooks, and snotty female vocals (care of future Lodger Pearl Lowe). Unlike many of the acts on this comp, Powder stuck to the perfect format of the 45 single, releasing a trio of wondrous pop songs before quietly fading out. All of ’em, it turns out, are worth seeking out, but this one is undoubtedly the keeper of the bunch.

Shampoo were a boisterous duo that plied a kind of fuzzy, punk-fueled take on the Spice Girls. The track included here, We Don’t Care, is a teeth-rattling teenage rampage anthem that is nearly impossible not to scream along too. They were big in Japan, but much smaller everywhere else.

Mantaray provide perhaps the most quintessential 90s anthem ever with 1994’s Sad, a glammy, quiet-loud-quiet bummer jam with an opening line so Gen X it hurts: “I‘m so fuckin’ sad/I dunno why.” Kurt Cobain made 40 million dollars with that shit. Mantaray, not as much.

Stephen Duffy was the David Coverdale of the Britpop scene, an elder statesman who kinda drifted into this new world and ably adapted. Duffy was the frontman for Duran Duran but split before the magic happened. He gave new wave another try in the 80s by adding “TinTin” to his name but only achieved minor success. In the 90s he gave it a shot as a solo Britpop artist and if the snarky-but-majestic raver London Girls is any indication, he should’ve given Blur a run for their money.

I mean, you get the idea. There’s some whack electronica noodling  on the second disc but otherwise, this is a really good compilation with some fantastic tracks. And in its own way, it’s important, too. Music from the “CD era” (approx early 90’s through, say, 2010) is under constant threat as this eminently disposable medium fills up landfills everywhere. If they were not digitised during the now-defunct “music sharity” blogs of the last decade, there’s a chance that many bands, especially the smaller, “locals only” ones, might find their music lost forever.

I mean, even the most obscure private-press weirdo folk album on vinyl from 1972 is destined to get a deluxe repress but, you know, primo 90’s alt-rock like Sativa Luv Box, Life Sex and Death, or Foreskin 500? Not likely. Anyway, that is precisely why a comp like this is so vital. Some of this stuff might otherwise be lost forever.

Of course, hearing these songs will naturally cause many to go scrambling for more from these bands. I would not recommend it. These tracks are really the cream of the bands’ crops. There’s a reason most of them did not go on to fame and fortune.

I was once sternly informed by the guitarist of a prominent Seattle grunge institution that no band knowingly or purposely records “filler”. Well, I would kindly invite Mr. Cantrell to listen to an entire Delgados album and then get back to me. That’s not necessarily the band’s fault, either – prior to the 90s, a band was responsible for 40 minutes of material for their new album. With the advancement in technology CDs provided, they were suddenly expected to cough up 70+ minutes of decent material, a Herculean task for a band that might’ve only been around for six months before hitting the studio.

But ultimately this comp – and indeed, perhaps the entire Britpop movement – wasn’t about longevity, consistency, musicianship, or any of that boring 70s stuff, it was about the spark and sizzle of the flash in the pan, and that is what makes Super Sonics such a delicious aural treat. For one bright, shiny moment – all preserved here – they were all just perfect.

I eagerly await the next volume.

Super Sonics is out now on Cherry Red.

Louder – This is what Britpop looked like to an American
Author:
Go to Source
August 18, 2020

As we grow as unique persons, we learn to respect the uniqueness of others.