“Based-on-true-events” films have been always a good bet, objects demanding the attention due to the magical incantation in the opening scene. Art imitating life and not being ashamed of it. Certainly, they could serve as vehicles for wider evangelization and blow up regional issues harboring universal morals; think Erin Brockovich. In the contemporary cinema and art, “based-on-true-events” became one of the significant emblems of the 21st century, the post-altern-modern construction overfed by the aesthetics and formalism of reality.

Among those big stories torn from the great book of real-life and molded into a two-hour-long stretch of moving images that world premiered at the Venice Film Festival belongs hopefully titled Chinese drama The Best is Yet To Come by first-time director Jing Wang.

Jing Wang arrived at the set with the most suitable schooling for the job and solo career. He served as an assistant director to celebrated director Jia Zhang-ke on acclaimed social dramas such as A Touch of Sin, Mountains May Depart or Ash Is Purest White. Being a mentee and protégé of the filmmaker-entrepreneur of Jia Zhang-ke´s caliber beg to look over the generic and platitude-sounding title that doesn´t do exactly the full justice to the Wang´ first feature-length outing. 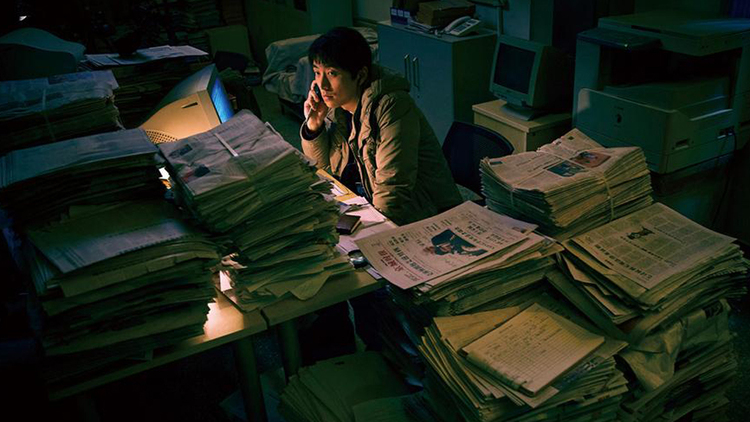 Set in the early aughts in China, the leading character Han Dong, a middle school dropout, left his home in a province for the hope of finding a better career in Beijing. And not just any career: after spending a brief spell in a factory, Dong is out hunting for a coveted journalistic spot, waving his binder full of clips he wrote on an internet forum before the eyes of bemused recruiters. Tasting the bitter rejection, The Best is Yet to Come delivers on the promise when in a sudden twist of events, an underdog that Dong is, lands a desired shot to prove his journalistic worth. The timing could not be uncannier, as his apartment he was sharing with other roommates burnt down and he was apprehended at the police station.

One of Dong´s articles on a forum got upvoted and thus earned its right to be printed on a proper paper in a proper newspaper and his writing caught the eye of the newspaper´s senior in-house investigative journalist. Hong accepts the unpaid internship in a make-it-or-break-it attempt, teaming up with his savior who brought him on board of the newsroom, even though there is a queue of university blowhards bending backward to jump at the feeble opportunity of becoming a proper full-time journalist. The protagonist got to showcase his street smarts on the first big job investigating a mining tragedy undercover that authorities are trying to sweep under the carpet and deal with surviving family members silently.

The Best is Yet to Come turns out to be the film´s credo instead. The first half appears to be the dry run for a more engaging second act that does not solely crank up the empathy levels but digs deeper into the wider social message. The first part remains stained by a coming of age traces as the period the story takes place bears a specific timestamp, the aftermath of the SARS epidemic. Even though the second half of the film is more intensive as a viewing experience, the first hour is never boring as Jing Wang commands firmly the storytelling craftsmanship that showcases clearly his talent and potential.

The second assignment meant to propel Han Dong to the dream job turns out a test of his character and integrity. The protagonist infiltrates himself into the cogs of the illegal trade of falsifying health records. The coming of age tale takes a backseat as the story turns into a newsroom social thriller about large-scale and mostly senseless institutional discrimination. Han Dong professionalism and a future career collide with private and personal dilemmas with his integrity that is in stake.

The Best is Yet to Come bears the love letter to the journalism of the yesteryear on its sleeve along its messiah complex. The stark idealism of journalists as the harbingers of social change depicted by the adamant idealism of the protagonist seems to imply Jing Wang´s belief in cinema as an instrument of making the world a better place. The director occasionally renders the protagonist´s almost childish idealism too literal as in the case of discovering that the world and people in it are not just black or white.

The story is largely a semi-biography of Han Fudong, the former chief reporter of the Southern Metropolis Daily, peddling maxims on the power of journalism – – a sign of a different era – and selling the over-optimistic if jaded “follow-your-dream-against-all-odds” bromide. Evidently, Jing Wang shares and relishing that package and channels it into his own filmmaking which would explain the hard sell. 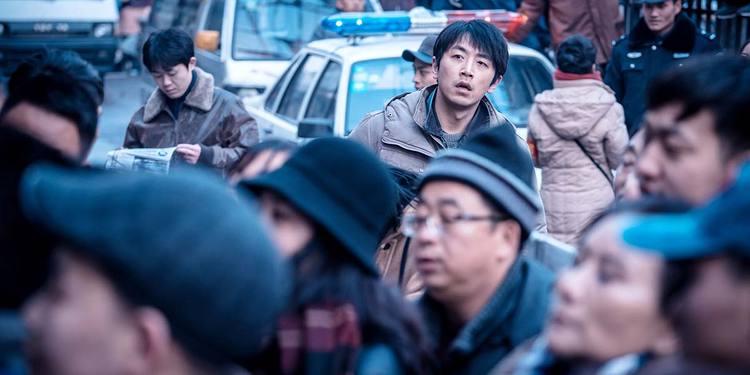 On the other hand, The Best Is Yet To Come is not just a two-hour and shrewdly shot ode to journalism veiled as a paean to filmmaking. Despite the overload of romanticization of both crafts, the film bears a hopeful message for the trying times that social change and defying of institutional ostracization is possible as is a bigger collective transition to a more inclusive environment. The latter should resonate better with the mainstream audience delivering the happy-ending finale pouring optimism of the film´s title.

Cruising in the vicinity of an investigative newsroom drama of Spotlight and its ilk, The Best Is Yet To Come is a feel-good drama about hope for an individual and society alike. Nevermind the humungous Savior Complex.

ScreenAnarchy – Venice 2020 Review: THE BEST IS YET TO COME Hopes for a Better World in Uplifting Newsroom Drama
Author:
Go to Source
September 17, 2020

We all live with the objective of being happy; our lives are all different and yet the same.