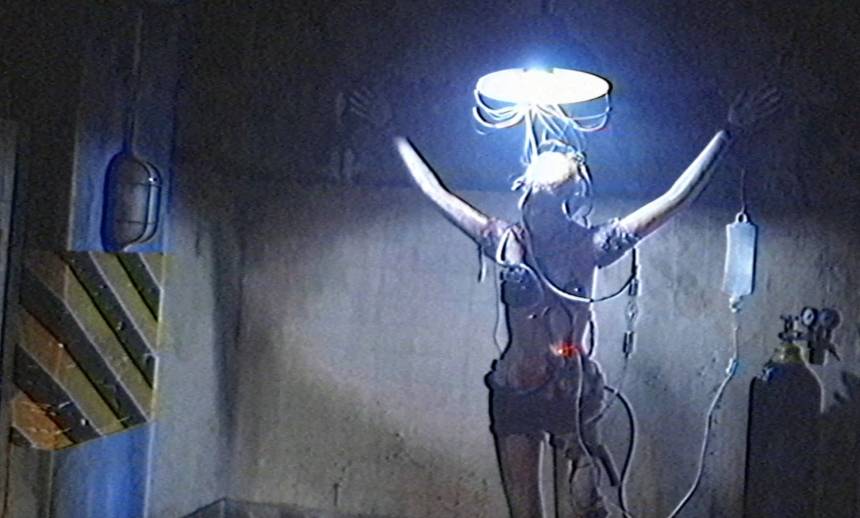 The resiliance of the V/H/S found footage anthology series is something of note. Before the fourth chapter of the series has its streaming debut on Shudder V/H/S/94 will have its world premiere at Fantastic Fest. With all the titles for this year’s hybrid edition now out in the open the first look at this new chapter has surfaced.

Yeah, that’s something. That’s someone being kept alive in some kind of industrial building or setting. If you don’t want to give anything away with your first looks and this is the first thing we get to look at, what else does the crew have in store for us? Eek!

A Shudder Original Film, V/H/S/94 is the fourth installment in the hit horror anthology franchise and marks the return of the infamous found footage anthology with segments from franchise alumni Simon Barrett (Séance) and Timo Tjahjanto (May the Devil Take You Too) in addition to acclaimed directors Jennifer Reeder (Knives & Skin), Ryan Prows (Lowlife) and Chloe Okuno (Slut). In V/H/S/94, after the discovery of a mysterious VHS tape, a brutish police swat team launch a high intensity raid on a remote warehouse, only to discover a sinister cult compound whose collection of pre-recorded material uncovers a nightmarish conspiracy.

V/H/S/94 will be available on Shudder here in North America and in the UK, Ireland and Australia/New Zealand on October 6th.