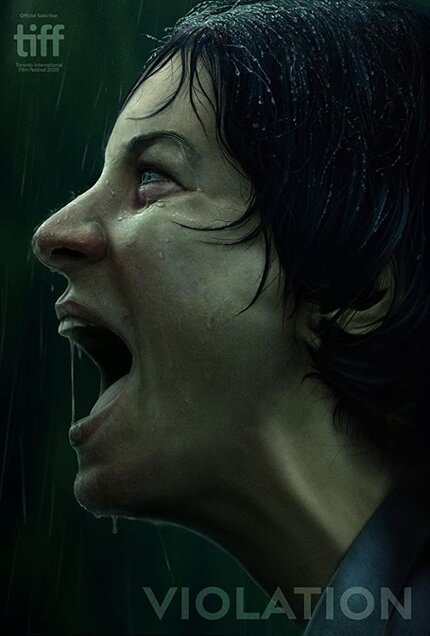 Last week we announced the digital-cinema dates for Madeleine Sims-Fewer and Dusty Mancinelli’s drama/horror Violation here at home through TIFF and VIFF’s online platforms. The rollout begins on March 19th through TIFF then the week following on the 16th through VIFF.

Violation recently played at Sundance and will also play at SXSW next month. It might have been a rocky start for the Canadian production, premiering during the health crisis, but it’s still finding a way to get out to the masses.

Well now, we finally have a Canadian trailer for this critically lauded film, released by PNP Films. Finally a trailer, period, as this would appear to be the first one out there. Check it out below. It’s hard not to ignore the sound design in it, likely alluding to things horrific than just for effect.

Violation is a chilling and gruesome portrait of trust, loyalty, and sibling rivalry that pulls the audience through a dark vortex into a PTSD memory smash and untangles a sticky web of trauma and resentment.

In a film that transports itself seamlessly between recent past and present, the audience first meets Miriam (Sims-Fewer) and her partner Caleb (Obi Abili) as they drive to the rustic lakeside cottage property owned by Dylan (Jesse LaVercombe), who is married to Miriam’s sister Greta (Anna Maguire).

A sibling relationship that is outwardly loving and bonded by a shared British upbringing, soon reveals unspoken fractures, and bottled-up resentments that play out in the course of a profoundly troubled weekend.

Meanwhile, Dylan, the almost aggressively understanding and helpful brother-in-law, has another side that lies not far beneath the surface.

Despite Getting Compared To Emma Watson, Millie Bobby Brown Has A Harry Potter Confession

‘The 39 Steps’ Limited Series Finds a Home at Netflix

‘Slash Film: The Quarantine Stream: ‘One Night in Miami’ is Powerful, Triumphant, and Streaming Right Now’