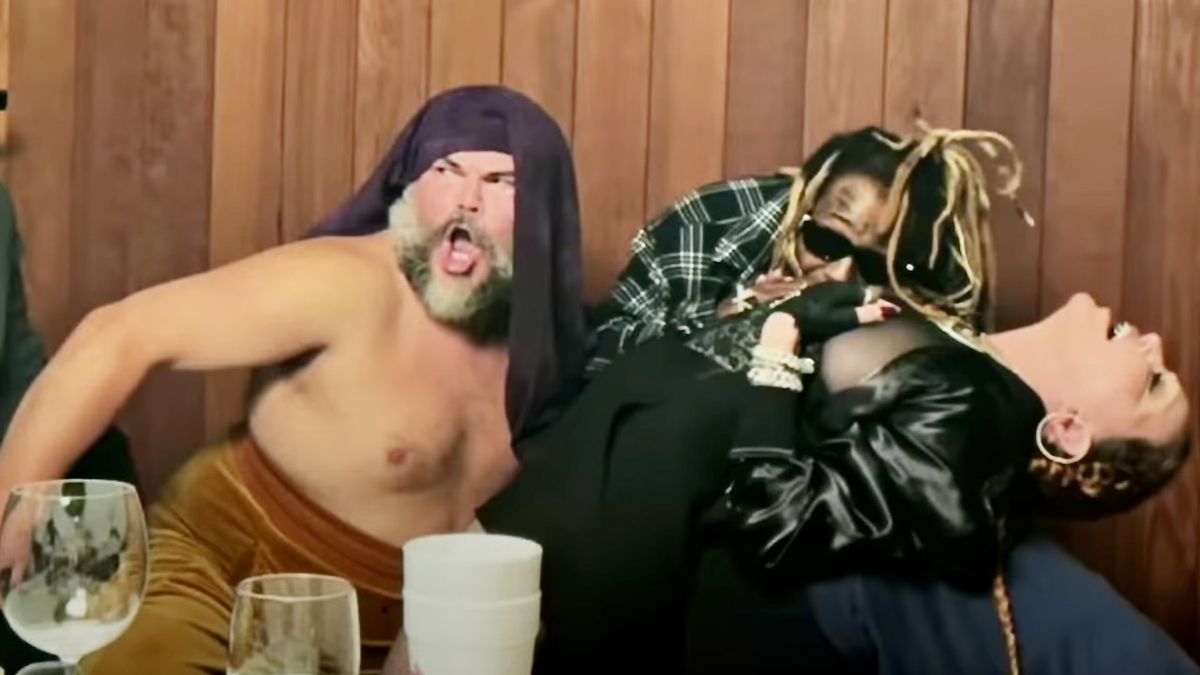 Madonna has announced The Celebration Tour, a greatest hits tour to commemorate her 40 year (and counting) career, and launched the trek with the release of a star-studded video featuring the likes of Jack Black, supoerstar DJ Diplo, film-maker Judd Apatow, comedian Amy Schumber, rapper Lil Wayne and more playing a raunchy game of Truth Or Dare.

Setting the tone in the video, which references her 1991 documentary film of the same name, Madonna launches the game by asking Amy Schumer to demonstrate, using a bread ring, how she licks her husband’s asshole/butthole. Requesting a dare, Diplo is then asked to dip his balls into his margarita, and then down the drink, which he gamely agrees to, with Jack Black verifying the deed.

The EDM producer and DJ then dares Madonna to “tongue kiss” Jack Black, a dare which draws an enthusiastic “Fuck yeah!” from the actor/Tenacious D frontman.

After Madonna literally rises to the task, a dazed Black tells the assembled guests, “I am a different man”, to which Madonna replies, “I’m also a different man.”

Later, the guests come together to recreate a scene from Madonna’s infamous Sex book.

Back in actual ‘news’ news, Madonna’s 35-city Celebration Tour will kick off in Vancouver, Canada on July 15, before visiting multiple cities in the Unites States and Canada, as well as the United Kingdom and Europe.

Last week, it was rumoured that Madonna would play a multi-night residency at the O2 in London: in today’s announcement, just one show at the O2 – on October 14 – has been confirmed, but there’s six days separating that date and the Queen Of Pop’s next scheduled show, which will take place in Antwerp, Belgium on October 21.

Tickets for the one London show announced will be available here (opens in new tab).

In a recent interview with SirusXM, Jack Black and bandmate Kyle Gass discussed the likelihood of a sequel to their iconic film, Tenacious D: Pick Of Destiny, and hinted that the world might also be blessed with a follow-up to Jack Black’s 2003 movie The School Of Rock.

“Yup. Both of them. Breaking news. We’re thinking about doing both of those,” declares Black, before Gass quips: “it’s a hybrid – a school of D.”